Usually dispatched within 3 to 5 days. 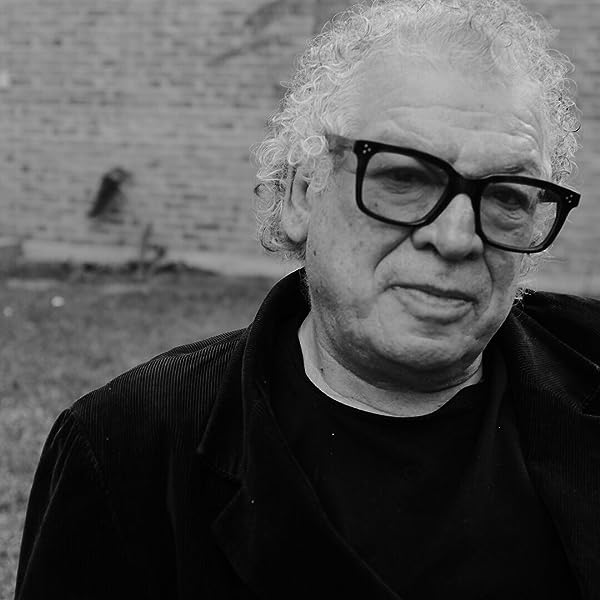 by Francisco Goldman (Author)
2.2 out of 5 stars 5 ratings
See all formats and editions
Sorry, there was a problem loading this page. Try again.

One of the most talented and award-winning writers of his generation, Francisco Goldman's third novel, The Divine Husband, appeared to wide and rapturous acclaim. Beginning with a single, possibly scandalous love poem by Jose Marti, Cuba's greatest revolutionary-poet-hero with an infamous secret love life, The Divine Husband is the story of Maria de las Nieves Moran, a former nun forced out of her convent by a revolution in a Central American capital. While making her way in this metropolis nicknamed "The Little Paris," she enrolls in a writing class taught by Jose Marti, under whose spell Maria de las Nieves and her classmates quickly fall. Soon after, Maria de las Nieves flees her home for New York, where Marti has also relocated -- a crucial interval that shaped Marti's consciousness. Nearly a century later, an elderly woman in Massachusetts hires a college student to investigate her claim that she is the illegitimate offspring of Marti and Maria de las Nieves. Mixing a lovingly re-created historical past with often hilarious, ironic, and moving conjecture that brings to life an unforgettable heroine and her remarkable collection of friends, nemeses, and rival suitors, The Divine Husband is a magnificent American novel.
Read more
Previous page
Next page

"Presents the peculiar crossroads where love and imagination meet politics and history. . . . A great miscegenating carnival of ambition and desire." -Lee Siegel, The New York Times Book Review "One of America's most significant living novelists . . . inspiration to writers and readers alike." -Claire Messud, Bookforum"Deep imagination, stylistic verve . . . A serious work by a serious artist. It just might strike you as a masterpiece." -Michael Dirda, The Washington Post "Goldman is a maximalist, and his challenging novel of love, migration, class, and corruption shows off a gratifying literary dexterity." -Tom Miller, The Los Angeles Times "The Divine Husband tells a soulful story about love-from the religious to the romantic. . . . A brave and big-hearted book." -John Freeman, Orlando Sentinel "His best. . . . At wonderful moments . . . Goldman's book demonstrates that the dream of the Great American Novel is still alive." -Alan Cheuse, The Chicago Tribune "A level of writing, very rare, that takes your breath away . . . an alchemist's brew of history, fiction and legend." -Lisa Jennifer Selzman, The Houston Chronicle "An intricately wrought tale, a book that takes all kinds of risks with storytelling." -Beth Kephart, The Baltimore Sun "Ebullient, mischievous, and sensual . . . multifaceted, brilliantly satirical tale . . . conjures the very spirit of humankind in all its perfidy and splendor." -Donna Seaman, Booklist "Hilarious, tender, magnificent." -Susan Choi, The Believer "Brave and bighearted . . . this novel reminds us what it feels like to experience love for the first time." -Time Out New York
Tell the Publisher!
I’d like to read this book on Kindle

Francisco Goldman has published five novels and two books of nonfiction. The Long Night of White Chickens was awarded the American Academy’s Sue Kaufman Prize for First Fiction and the novel Say Her Name won the 2011 Prix Femina étranger. The Ordinary Seaman was a finalist for the International IMPAC Dublin Literary Award. The Divine Husband was a finalist for the Believer Book Award. The Art of Political Murder won the Index on Censorship T.R. Fyvel Book Award and the WOLA/Duke Human Rights Book Award. The Interior Circuit, published in 2013, was named by the LA Times as one of ten best books of the year and received the Blue Metropolis “Premio Azul.” He has been a Guggenheim Fellow and a Berlin Fellow. He was a 2018-19 Fellow at the Harvard Radcliffe Institute. He is the founder and co-director of the Premio Aura Estrada, in honor of his late wife, an award for women of the Americas 35 and under who write creative prose in Spanish. His books have been published in sixteen languages.

2.2 out of 5 stars
2.2 out of 5
5 global ratings
How are ratings calculated?
To calculate the overall star rating and percentage breakdown by star, we don’t use a simple average. Instead, our system considers things like how recent a review is and if the reviewer bought the item on Amazon. It also analyses reviews to verify trustworthiness.

Amazon Customer
1.0 out of 5 stars Did not like it.
Reviewed in the United States on 12 May 2014
Verified Purchase
It is probably well written but bored me. You have to like this type of story line. It was not compelling nor would I recommend it to anyone. I had to read it for a class and could not stay awake long enough to finish it. Shakespeare was an easier read.
Read more
2 people found this helpful
Report abuse

Jonathan A. Weiss
1.0 out of 5 stars Disappointed
Reviewed in the United States on 1 April 2011
Verified Purchase
This book and francisco Goldman are highly regarded. He uses magic realism to trace history intertwined with two girls lives. It does not work for me as it seems only an aaccumulation of details and pontification.
Read more
4 people found this helpful
Report abuse

kygirl
1.0 out of 5 stars awful
Reviewed in the United States on 18 January 2012
Verified Purchase
Our book club was canceled because no one could finish the book. I got to chapter three and gave up.
Read more
2 people found this helpful
Report abuse

Amazon Customer
2.0 out of 5 stars I pretty much hate this novel but have to endure it for class
Reviewed in the United States on 2 April 2014
Verified Purchase
I already had the paperback and it was faded, small print that was hard to read for my (blast it) aging eyes. Bought the kindle version for 2 reasons: adjusting the print size and text to speech, since the paper is due this weekend.
Read more
2 people found this helpful
Report abuse
See all reviews
Back to top
Get to Know Us
Make Money with Us
Let Us Help You
And don't forget:
© 1996-2022, Amazon.com, Inc. or its affiliates