Divided House (The Dark Yorkshire Crime Thrillers Book 1) and over 1.5 million other books are available for Amazon Kindle . Learn more 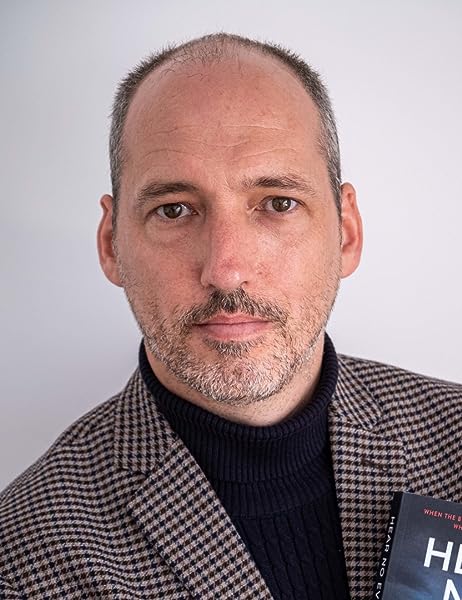 Page 1 of 1 Start overPage 1 of 1
Previous page
Next page
Start reading Divided House (The Dark Yorkshire Crime Thrillers Book 1) on your Kindle in under a minute.

4.2 out of 5 stars
4.2 out of 5
1,252 global ratings
How are ratings calculated?
To calculate the overall star rating and percentage breakdown by star, we don’t use a simple average. Instead, our system considers things like how recent a review is and if the reviewer bought the item on Amazon. It also analyses reviews to verify trustworthiness.

Reader
TOP 1000 REVIEWER
5.0 out of 5 stars Cracking Read
Reviewed in Australia on 6 February 2020
Verified Purchase
Took what I thought was a chance on a new author based on the location of the story. What I got was a cracking read. Well developed storyline and characters that made me buy the rest of the series one after another and then start on the Hidden Norfolk series. Well written stories creating good engagement. Do yourself a favour and buy these books.
Read more
8 people found this helpful
Helpful
Report abuse

Peter the constant reader
TOP 100 REVIEWER
5.0 out of 5 stars Brilliant either way.
Reviewed in Australia on 4 December 2018
Verified Purchase
What an astonishing book that J. M. has written. This is a police investigation that threatens to suddenly expand into explosive revelations. There is plenty of action as people die and revelations are made. J.M. contains himself to crafting an excellent tale that grips you from the beginning to the end.

As you start to form an idea the plot flies off somewhere else. Details do tend to blur so you have to rely on detective Caslin to be your guide. Everything is not as it seems but some things are obvious but how they fit in is not so much. The divided house of public face private actions as per the title.

I do not have a lot of empathy for detective Caslin who has destroyed his life and continues on downward spiral. There appears to be some redeeming features where he is so caring for Linda. I seemed to lose the plot with how he interacts with the senior officers. There is too much going on to understand the subtleties of their conversations. It appears there mat be some forgiveness in the wings.

It's hard to think that J.M. can keep up this pace in subsequent books but definitely worth having a look.
Read more
7 people found this helpful
Helpful
Report abuse

Bill M
TOP 500 REVIEWER
5.0 out of 5 stars Divided are the crimes, the Police Station, DI Caslin.
Reviewed in Australia on 11 November 2018
Verified Purchase
Demoted DI Nathaniel Caslin has a brilliant but troubled past in British policing. What that past is, is slowly and cleverly revealed by the author in this interesting, gritty, well-written book. The what and method of unveiling leaves one wondering whether to side with or oppose the DI. That the author manages well to delay this reader's like/dislike decision about the DI is a compliment to his writing skills and to his construction of the story, unpleasant though the subject matter may be - the two mysteries, possibly linked, requiring his deductive abilities to unravel. Highly recommended.
Read more
8 people found this helpful
Helpful
Report abuse

joan reid
TOP 1000 REVIEWER
5.0 out of 5 stars Brilliant
Reviewed in Australia on 6 September 2018
Verified Purchase
I couldn't put this book down.. I have read many murder/mystery/crime books in my time and this ranks up the top with the best.. Has everything..murder, mystery, good police, bad police, Detective Nate Caslin is one of those detectives who doesn't let go until he gets it solved.. and the twist at the end..!!!!!... Excellent book.. I will now buy the others in the series
Read more
9 people found this helpful
Helpful
Report abuse

Christine Szmurlo
5.0 out of 5 stars Brilliant
Reviewed in Australia on 11 July 2019
Verified Purchase
I rarely give a 5 star.
But this deserves a ten.
Brilliant and engrossing book.
I just could not put it down.
The plots, subplots, twists and turns.
Brilliant.
Thank you for one of the best books that I have read in ages.
Bloody great.
Read more
7 people found this helpful
Helpful
Report abuse

Wen M
5.0 out of 5 stars Interesting from the beginning - a very flawed character
Reviewed in Australia on 24 October 2018
Verified Purchase
I found this book extremely readable, the characters likeable and believable. Lots of pace and tension. DI Nathaniel Caslin's life is in tatters, he has no social skills, he goes full ahead and creates waves with his colleagues. I have since read another book about DI N Caslin and enjoyed that one just as much.
Read more
8 people found this helpful
Helpful
Report abuse

Ben Clibrig
1.0 out of 5 stars Dodgy grammar and punctuation
Reviewed in Australia on 13 May 2019
Verified Purchase
Reading this novel with hopes that it would live up to the headline reviews, I was distracted by the author's school-boy habit of starting sentences with present participles. Hoping that this wasn't going to continue, I persevered. Realizing it wasn't just a temporary aberration, I gave up. Deciding that I should alert other pedants, I submitted this review.
Read more
3 people found this helpful
Helpful
Report abuse
See all reviews

Blue and white
5.0 out of 5 stars Houses with secrets.
Reviewed in the United Kingdom on 20 September 2018
Verified Purchase
Well, that was a brilliant read. There was certainly plenty of action right the way through and I very nearly read the whole book in one go.
Nathaniel Caslin is an excellent DI, but has a habit of going off on his own without letting anyone know. His life is a mess. He left his previous station under a cloud. He's separated from his wife and their children who stayed in London. He's a big drinker and takes drugs, but something tells me he may (hopefully) ease up on both in future books.
The plot is quite confusing at first with a car crash, the death of a man in custody, a missing family who lived in a remote farmhouse on the moors, and miles away on the coast, the murders of another family and a passer by. All are seemingly unconnected at first, but as the story evolves they all become linked.
The suicide (supposedly) of a young DC and the murder of another on surveillance work brings the case even closer to the police involved in the investigation. But as in all good crime fiction, the main protagonist; in this case Caslin gets his man. But there is a surprise twist at the end.
I very much look forward to reading more in this series.
Read more
89 people found this helpful
Report abuse

I-literate
1.0 out of 5 stars Bad editing
Reviewed in the United Kingdom on 14 January 2019
Verified Purchase
Another book I couldn't finish or get into. There were so many mistakes on the first page- punctuation, cut-and-paste errors etc, that I thought it was self-published; and I was prepared to forgive and plough on. When I saw there was some big publishing house behind it, I gave up.
Please! writers and publishers: put your editors to work, ask as many people as you dare to proofread, go over your manuscript as many times as you can bear!!!
Most readers best remember the books they loved and the ones they didn't- don't let it be for the wrong reasons!
Read more
67 people found this helpful
Report abuse

Pengwern
4.0 out of 5 stars Great, story, appalling. editing,
Reviewed in the United Kingdom on 27 September 2018
Verified Purchase
I'm sure that Caslin will become a new favourite of mine, as long as he manages to control his liking for drugs. Divided House is a fine first novel and sets up the main character quite well. There are many twists and turns in this tale that has plenty to keep the reader interested. The main problem with this book, or perhaps it's just the Kindle version, is the appalling editing. The punctuation is awful. Sometimes, I had to re-read a paragraph to make sense of it; this really spoils the flow. Please, Mr. Dalgleish, find yourself a decent editor or proofreader.
Read more
67 people found this helpful
Report abuse

M W Simpson
5.0 out of 5 stars Thrilling read from begining to end
Reviewed in the United Kingdom on 4 May 2018
Verified Purchase
From the moment you read the first page you will not want to put this down. Having watched many a police drama on tv I was half expecting the same formulaic plodding drama but this book breaks the mould. You really get a feeling that something sinister is going on and gets you thinking at every page turn. As it says in the description Caslin clearly is a mess but despite this you warm to him quickly wondering how on earth he manages to function! I particularly like the settings around the Yorkshire area and you get the feeling the author has researched the area well. Will definitely be looking out for more books by the author in future. I guarantee you will want more Dark Yorkshire when you finish this one!
Read more
76 people found this helpful
Report abuse

Kaffmatt
4.0 out of 5 stars Recommended- Well Written and a Promising Start to a New Police Series
Reviewed in the United Kingdom on 11 September 2018
Verified Purchase
Well written and a promising series start. The plot is convoluted and the author manages to keep the ‘why and the who’ going right to the very end, although at times the plot got a little muddled.
DI Nate Caslin has been confined to vetting/investigating cold cases, on night shift, following a dubious decision he made with a previous case. A traffic officer brings in a male to the custody suite; the male being involved in a traffic accident and arousing suspicion. Caslin is requested to attend the custody suite and on doing so, the male ‘has a fit’ and dies. So begins the storyline and as it progresses various facts are revealed and other characters are introduced.
A strong start and there’s plenty to keep the reader guessing- a missing family, murders, damaged army personalities and police personnel with their own agendas, including Caslin.
Some of the characters are shallow, others well drawn. I would recommend this and I will be reading the next book in the series.
Read more
45 people found this helpful
Report abuse
See all reviews
Back to top
Get to Know Us
Make Money with Us
Let Us Help You
And don't forget:
© 1996-2021, Amazon.com, Inc. or its affiliates