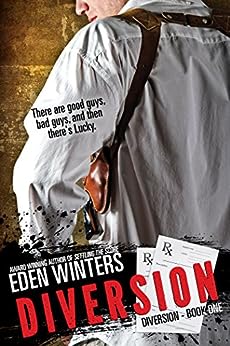 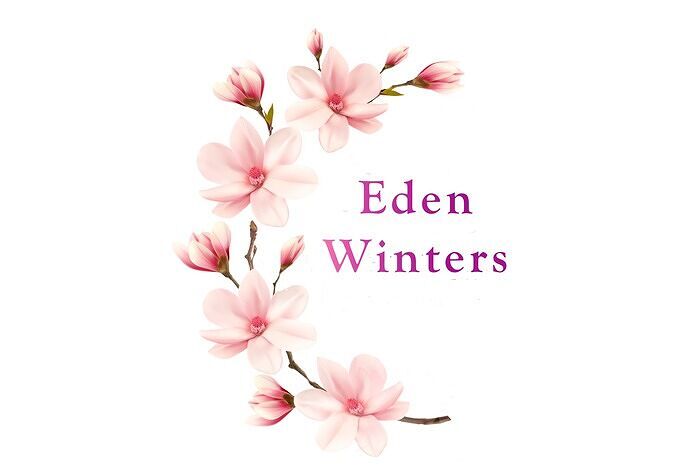 by Eden Winters (Author) Format: Kindle Edition
See all formats and editions
Sorry, there was a problem loading this page. Try again.
There are good guys, bad guys, and then there’s Lucky.

Former drug trafficker Richmond “Lucky” Lucklighter flaunts his past like a badge of honor. He speaks his mind, doesn’t play nice, and flirts with disaster while working off his sentence with the Southeastern Narcotics Bureau. If he can keep out of trouble a while longer he’ll be a free man–after he trains his replacement.

Textbook-quoting, by the book Bo Schollenberger is everything Lucky isn’t. Lucky slurps coffee, Bo lives caffeine free. Lucky worships bacon, Bo eats tofu. Lucky trusts no one, Bo calls suspects by first name. Yet when the chips are down on their shared case of breaking up a drug diversion ring, they may have more in common than they believe.

Two men. Close quarters. Friction results in heat. But Lucky scoffs at partnerships, no matter how thrilling the roller-coaster. Bo has two months to break down Lucky’s defenses… and seconds are ticking by.
Read more
Previous page
Next page

You will know Eden Winters by her distinctive white plumage and exuberant cry of “Hey, y’all!” in a Southern US drawl so thick it renders even the simplest of words unrecognizable. Watch out, she hugs!

Driven by insatiable curiosity, she possibly holds the world’s record for curriculum changes to the point that she’s never quite earned a degree but is a force to be reckoned with at Trivial Pursuit.

She’s trudged down hallways with police detectives, learned to disarm knife-wielding bad guys, and witnessed the correct way to blow doors off buildings. Her e-mail contains various snippets of forensic wisdom, such as “What would a dead body left in a Mexican drug tunnel look like after six months?” In the process of her adventures she has written twenty-four gay romance novels, won several Rainbow Awards, was a Lambda Awards Finalist, and lives in terror of authorities showing up at her door to question her Internet searches.

Her natural habitats are airports, coffee shops, and the backs of motorcycles.

Beezie Reads Romance
TOP 500 REVIEWER
4.0 out of 5 stars A rollicking ride with a snarky MC
Reviewed in Australia on 4 February 2021
Read this if you like spy thrillers, federal agency thrillers, and snarky ex cons with secretly soft hearts.

It took me a little while to get into this story as it's not my usual style: spy/crime novels have a tone to them that doesn't make it easy for me to concentrate.

That said, I got kind of attached to Lucky and now I'm off to read the next book in the series.

I received an ARC and have chosen to leave an honest review.
Read more
Helpful
Report abuse

Kaz
4.0 out of 5 stars Great and Funny Story
Reviewed in Australia on 4 February 2021
I enjoyed this book again after reading it years ago.
This series is really good and very funny with the bantering between Bo and Lucky it keeps you on your feet.
Read more
Helpful
Report abuse
See all reviews

Beanie
5.0 out of 5 stars Such a well written, witty and believable enemies to lovers type tale.
Reviewed in the United Kingdom on 2 October 2015
Verified Purchase
I LOVED everything about this one. It was so well written, I honestly felt like I knew these guys. I loved Lucky and Bo together, they made such a terrific but very odd pairing. The witty banter between them was just so realistic, that they were like an old married couple at times, with the constant bickering and Bo’s obsession with trying to get Lucky to lead a healthier lifestyle. It was just so hilarious, I had an almost constant grin on my face.

This was a real slow burn of a romance, with absolutely no instalove here. And TBH, it would be very hard for any sane person to like Lucky from get-go, let alone love him. He's a very complex individual, who, because of past events, has built a wall around him, to ultimately protect himself. But once you get to know him more, you really do understand him and the reasoning behind his snarky and downright insulting attitude toward others. But behind that façade, Lucky has a heart of gold, I mean he buys his lover novelty sex toys and some @$$less chaps, in the hope of getting some – it doesn't get any cuter than that!

And Bo being the sweet and caring teddy bear that he is (although not without his own troubled past), begins to break down Lucky’s defences and they inevitably start to develop strong feelings for each other. I loved watching them try to deny what was happening between them, only to eventually give in and admit they were both falling pretty damn hard for each other. And although this story wasn’t plagued with sex (although it's constantly there in Lucky’s innuendos), these guys still undeniably sizzle when they do eventually get it on.

This was a heartfelt romance (without being overly sweet), between likeable men, that also included a genuine plot interwoven with the romance. I’ll definitely be downloading Book 2, as I can't wait to read more about these two.
Read more
One person found this helpful
Report abuse

Rowan
4.0 out of 5 stars Such A Good Story
Reviewed in the United Kingdom on 4 May 2016
Verified Purchase
This book had me in stitches at times with the banter between the two main characters. Lucky is working out his sentence by helping the law track down and expose people dealing with out of date drugs. His partner is Bo an ex marine who is such a health conscious man, that it drives Lucky to go out of his way to cause him problems. While on stakeout the two become more than partners, working together to bring the baddies to justice. Great story, great book, you should make sure you read it
Read more
One person found this helpful
Report abuse

Not A Number
4.0 out of 5 stars A diamond in the rough
Reviewed in the United Kingdom on 12 December 2013
Verified Purchase
Really interesting plot and characterisation made this a superior offering in the m/m romance genre. This author has made a real effort to bring the reader something original and yet believable, intelligent and yet unpretentious.

I am delighted to see there are sequels and I'm now off to read Collusion!
Read more
Report abuse

Kindle Customer
4.0 out of 5 stars Nicely done
Reviewed in the United Kingdom on 2 August 2015
Verified Purchase
Great characters, slightly dented but all heart, cool plot- kept thinking this would make a very entertaining movie! The cherry on top was the delicious humour all the way- : 4.5
Read more
Report abuse