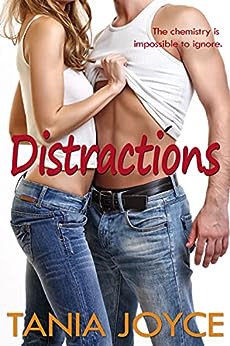 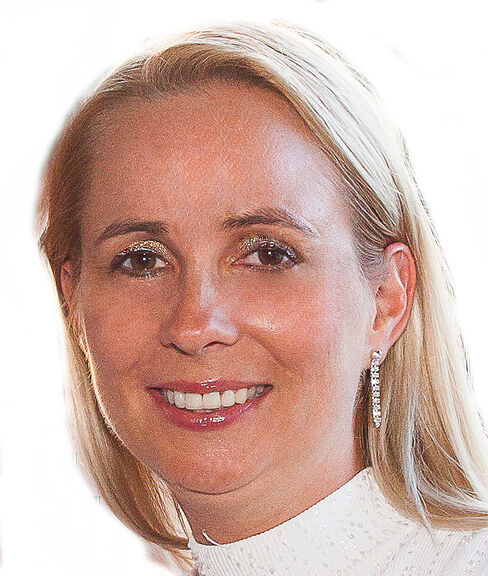 "This was my first time reading anything by Tania Joyce ,and I must say that I thoroughly enjoyed this great story. Ms Joyce has given us a story that will engross us from start to finish ,and then will leave us wanting more from this author." - Bella's Blog

Tania Joyce is an Australian author of Contemporary and New Adult romance novels. Her stories thread romance, drama and passion into beautiful locations ranging from the dazzling lights of Sydney Harbour or the glitter of New York, to the rural countryside of the Hunter Valley or Darling Downs. She's widely travelled, has a diverse background in the corporate world and has a love for shopping, shoes and Shiraz. She's rarely seen without glitter, sparkle and stilettos. Her quirk is she collects key rings everywhere she goes and often has an intriguing tale about each one. Tania draws on all her real-life experiences and combines them with her very vivid dreams to form the foundation of her novels. She likes to write about strong-minded, career-oriented heroes and heroines that go through drama-filled hell, have steamy encounters and risk everything as they endeavor to find their happy-ever-after. She grew up loving books like Anne of Green Gables, reading the classics like Pride and Prejudice, and getting lost in the world of fantasy, like The Wheel of Time Series by Robert Jordan, before finding her home in the romance genre. Only unearthing the desire to write after having children, Tania now shuffles the hours in her day between part-time work, full-time family life and never-finding-enough-time to write. One day she hopes to find balance! She lives in Queensland with her husband and two boys. When she's not writing, she enjoys camping, hot yoga, and the company of friends and family - especially if it's over a glass of wine! --This text refers to the paperback edition.

3.4 out of 5 stars
3.4 out of 5
7 global ratings
How are ratings calculated?
To calculate the overall star rating and percentage breakdown by star, we don’t use a simple average. Instead, our system considers things like how recent a review is and if the reviewer bought the item on Amazon. It also analyses reviews to verify trustworthiness.

Betty Welch for Fiction Vixen's
5.0 out of 5 stars The perfect love story
Reviewed in Australia on 12 September 2016
This was my first time reading anything by Tania Joyce ,and I must say that I thoroughly enjoyed this great story. Ms Joyce has given us a story that will engross us from start to finish ,and then will leave us wanting more from this author. Wiley is in her last year of university and with her future all set, and just about in her grasp ,but then out of no where hot and sexy Cameron comes to the university to forget about his past ,and to get his degree before it's time for him to return home. But Wiley and Cameron have an unmistakable attraction towards each other ,but this totally causes Wiley's plans to go wayward . Her grades start to slip and soon her family tries to keep them away from each other, but that other makes them grow and stronger and closer. But will Wiley and Cameron be torn apart or will their be able to overcome, any problem their have and be together? Or will they separate and go their only ways? Ms Joyce has written some really great characters with some amazing chemistry ,and when you put all that together you have a smooth flowing story. I could tell you more about this story ,but that would spoil it for you. I highly recommend that you read this amazing story, you won't be disappointed.
Read more
Helpful
Report abuse

I couldn’t wait to finish this book to start my review, so here I am at 53% saying, I love that this story is set in Australia, but in particular Queensland my personal stomping ground. It has to be said, I adore the fact that I knew all of the places they lived, visited and landmarks. It is a highlight, as with the previous books written by Tania. I enjoy her writing style.

Now here I am at 100% and I’m slightly in love.... with this story, and the characters. This was a great read, I’m even going to go as far as saying, this is the best of the Tania Joyce’s books and that is a huge feat considering Nate and Jessica in Propositions.

This is a different story of young love, the reality of tertiary education and laying way to much on your own shoulders. For Wiley Cayton, her final year of university, will literally be everything she has worked towards. She has her tuition paid for through a scholarship, an internship when she finishes, what she didn’t expect was a young man to turn her world upside down. Her 1st day back at USQ, Toowoomba has her returning after a summer break from hell, being cheated on by her ex-boyfriend and a broken heart, this year nothing and no one will interfere With her schooling and more importantly her plans to finish with highest honour’s. What she didn’t expect was a pair of the bluest eyes that bring her to her knees.
Cameron Wilks, has come from a past he’d rather forget. He’s now looking forward to his university degree before he returns to his parents clutches... Unbeknownst to Wiley, Cameron is the son of mining magnate Robert Wilks and more than well off. Although he is new eye candy for the Uni, he only has eyes for Wiley, and it isn’t long until before she gives into him. All of a sudden her total on track plans, go wayward with a pretty damn hot relationship with Cameron. Once a week outings, turn to sleep overs and parties nearly every night. No surprise, her grades suffer majorly and her plans start to fall apart.
As Wiley attempts to take a step back from their relationship, she not only hurts herself but she discovers that the feelings she has for Cameron are much more than skin deep. But with his family’s wealth, his tragic past and her overbearing mother Wiley becomes lost, that will change her future forever. Fun, laughter, love and tragic news will reshape Wiley’s world, but it will depend on how she plays it. Take the bad and make it good, or let the news destroy everything she has worked for, including her young love Cameron.
This was fantastic, loved every minute, just wished there was more of a epilogue ending, instead of just cut off.
Read more
One person found this helpful
Helpful
Report abuse

Megan L.
TOP 1000 REVIEWER
3.0 out of 5 stars Didn't really do it for me
Reviewed in Australia on 8 September 2016
Received for an honest opinion.

To be honest, this book didn't really do it for me. I didn't like the overall feel of the book. I felt like it was a little bit droll. Cameron was confusing to me and I never warmed to Wiley. I also had small issues with some inaccuracies in language. Sorry!
Reviewed for 2rsblog.blogspot.com
Read more
Helpful
Report abuse
See all reviews

RedReader
3.0 out of 5 stars This book has potential
Reviewed in the United Kingdom on 16 July 2017
Verified Purchase
I see what the author is trying to do here and with a good editor it has the potential to work and be really good. It just hasn't had that so the writing and plot struggle quite a bit.

I liked Wiley and Cameron's stories, although there was the potential for so much further background to be done. They had great chemistry and I felt a real sense of realness in their story- college life, ups and downs of balancing school and social life, relationship struggles.
Read more
Report abuse