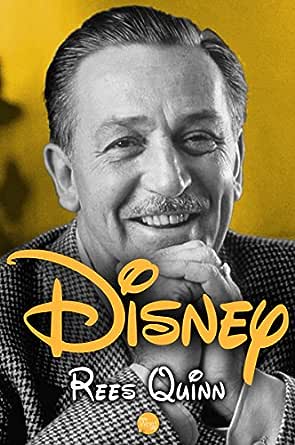 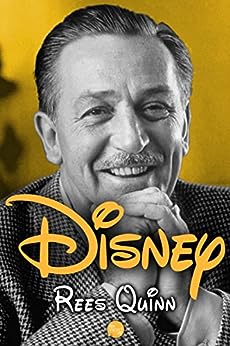 Walter Elias "Walt" Disney - artist, entrepreneur, innovator, filmmaker, and theme-park impresario - gave birth to a sprawling entertainment enterprise that, in the half-century since his death in 1966, remains a fixture in the culture unlike any other. A titan of the American Century, Walt Disney was also one of its most contradictory figures. A genius who got only as far as the ninth grade, he seemed to be many things other than what he really was. One of Hollywood's most successful men, he played polo on the weekends but otherwise shunned any form of socializing, driving himself home from work each night in his Packard roadster in time to play with his children. At the peak of his career, he was known to millions of Americans as the smiling, avuncular man with the slicked hair, pencil-thin mustache, and gentle voice who introduced the most wholesome show on television every Sunday evening - and to the people who worked for him as a fiery and impatient man who believed the only way to do anything was his way. Walt Disney was, in short, quite a story.

Reed A. Lott
4.0 out of 5 stars Great bio about Disney
28 August 2015 - Published on Amazon.com
Format: Kindle EditionVerified Purchase
Great bio about Disney. My walk away from this story is that Disney was the Steve Jobs of his day: struggling to start a business, strong focus on quality, mean to employees, an out of the box imagination, transforming his industry, etc. Besides a great casual read, this story could serve as a case study in business school or for leadership development.
Buy this book, you will enjoy it.

DT
5.0 out of 5 stars Fascinating
14 July 2017 - Published on Amazon.com
Format: Kindle EditionVerified Purchase
This is a concise account of a fascinating man. He wasn’t the best animator but he was a visionary pioneer. Nobody thought a full length animation film would be successful or that Disneyland would be profitable but he never skimped on quality. Walt began the Disney Brothers company with his older brother Roy and I wonder, at what point, did it become the Walt Disney company? There are some terrible tragedies and Walt was a lifelong smoker and workaholic. He was also a perfectionist. He died too young. This is a quick read but well worth it.
Read more
4 people found this helpful

M Moore
5.0 out of 5 stars A good, quick history
22 May 2018 - Published on Amazon.com
Format: Kindle EditionVerified Purchase
This was a very concise, easy to read Disney history. It ends with Walt's death in 1966. It doesn't go into Disney World or Roy Disney's efforts after Walt's death. It has good coverage of Disneyland's development and the early TV shows. So, readers of a certain age (like me) can relate easily to that time period. There were a few minor differences compared to other histories and there were a few new pieces of information that I had not read before. It was a good quick history that covers all the important points.
Read more
One person found this helpful

Bettye Hull
5.0 out of 5 stars A quick, enjoyable read!
30 June 2016 - Published on Amazon.com
Format: Kindle EditionVerified Purchase
I thought this was a succinct review of Disney's life. It gave more insight into his personality and internal workings of the company than I had read anywhere else. He still emerges as a creative genius. It was like a ride at Disneyland: you get a glimpse of everything and when you are finished, you're glad you went!
Read more
5 people found this helpful

grappler138
4.0 out of 5 stars Good, Quick Read
12 May 2015 - Published on Amazon.com
Format: Kindle EditionVerified Purchase
This is a very short overview of Walt Disney's life. This is a good read for someone looking for surface information about a great innovator and American icon. I give it 4 stars because of the topic and the information provided; however, the books feels as though it was intended for a younger audience.
Read more
9 people found this helpful
Go to Amazon.com to see all 196 reviews 4.0 out of 5 stars
Get FREE delivery with Amazon Prime
Prime members enjoy FREE Delivery and exclusive access to movies, TV shows, music, Kindle e-books, Twitch Prime, and more.
> Get Started
Back to top
Get to Know Us
Make Money with Us
Let Us Help You
And don't forget:
© 1996-2020, Amazon.com, Inc. or its affiliates