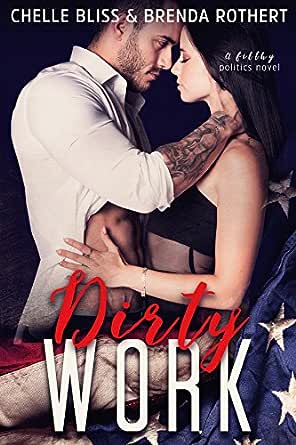 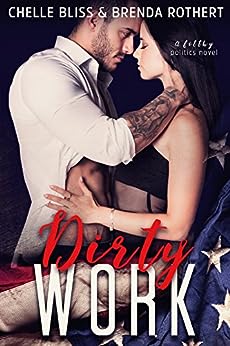 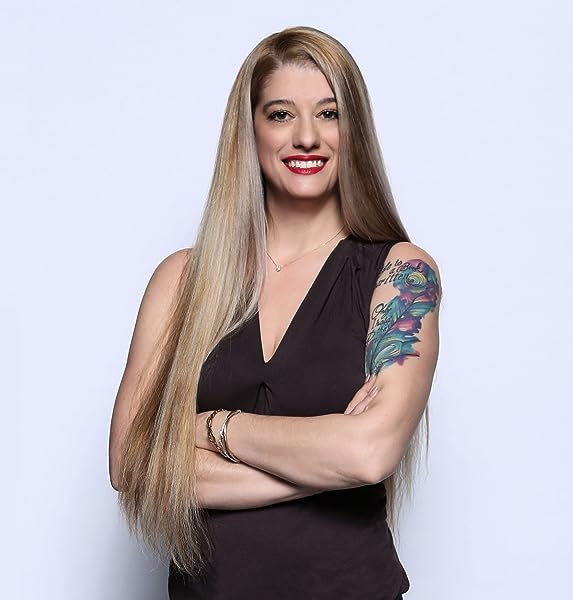 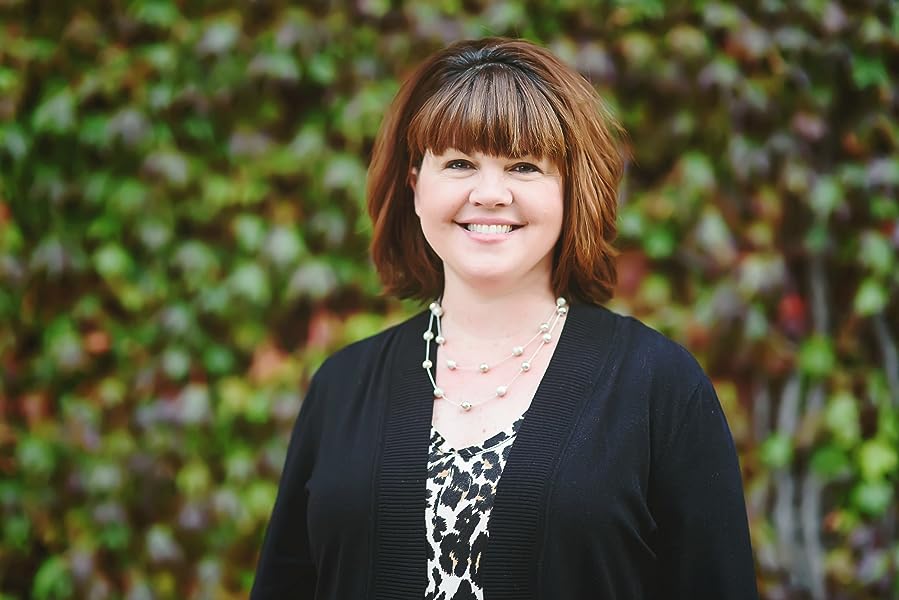 REAGAN:
I hate him. Jude Titan is everything that’s wrong with the male sex: cocky, domineering and loaded with swagger. Oh, and did I mention he’s a Republican? Yeah, the guy’s so conservative he leans to the right when walking. And lucky me, I’m running against him for Senate. But I’ve got plenty of fight in me. A golden boy war hero opponent with a smile that leaves melted panties in its wake? Bring. It. On.

JUDE
Damn, she’s sexy. Reagan Preston intrigues me from the moment I lay eyes on her. And speaking of laying…I want between those thighs. But I want to make her burn for me first. Every debate and stolen moment is foreplay for us. She claims she hates me, but her body tells a different story. I plan to win this election, but I also want to win the sharp, fiery Democrat who captures my attention like no woman ever has. Politics is filthy, just like all the things I want to do to Reagan Preston.

The Filthy Series includes all of the titles below and doesn't have to be read in any particular order.
Book 1: Dirty Work
Book 2: Dirty Secret
Book 3: Dirty Defiance

Angie Flanagan
TOP 1000 REVIEWER
4.0 out of 5 stars I really enjoyed this book
8 March 2018
Format: Kindle EditionVerified Purchase
I really enjoyed this book! I didn't know anything about it going into it as I've never read anything from this author before. I really really liked it!!! It did have political jargon in it but it wasn't all consuming in the book! It was understandable for even me LOL!
I loved the story of Reagan, and Jude!! The back and forth was great, as it wasn't like huge things that happened, and made me hate him throughout the story.
However, I did HATE Carl, and Tom!! OMG!
I'll def read more from her in the future!

bluebird
TOP 50 REVIEWER
4.0 out of 5 stars Falling for the opposition 4.5*
14 January 2017
Format: Kindle EditionVerified Purchase
This was a joy to read. I liked this couple. The author did a wonderful job in creating the moment these two met. From that moment on they were sizzled & snapped.
But it was hard when the person you're attracted to is running against you. When the dirty tactics come into play Reagan becomes very disillusioned & Jude is there to support her & more. I found this quite touching. It's nice when there are some genuine people out there!
I have quite a few books on my kindle & it's funny how the last few stories I've read have few things in common. The Dare series with their father in a similar situation to Reagans. Also the connection with the characters in this was similar to that in Beautiful Entourage.

Addicted2Romance
TOP 500 REVIEWER
5.0 out of 5 stars Titan is hot
29 July 2016
Format: Kindle EditionVerified Purchase
An Absolutely fantastic read, as a first book to be co written together by these authors it was fantastic it didn't feel like the book was written by two different authors it flowed seamlessly and is written in dual POV. Reagan and Jude start out as political opponents in a love hate friendship is formed which in turn has a sexual tension so thick its palpable. When secrets are leaked it threatens their relationship but what doesn't seperate them only makes them stronger. It's a fantastic read that will make you cringe, laugh and cry.
Read more
Helpful
Comment Report abuse

Cas
TOP 500 REVIEWER
5.0 out of 5 stars Wow
3 December 2018
Format: Kindle EditionVerified Purchase
So enjoyed this book. So many under currents happening that you just wanted to read faster to see where they all would go. Loved the narration as well.
Read more
Helpful
Comment Report abuse

💋romance rendezvous💋
3.0 out of 5 stars 3.5, stars
4 October 2016
Format: Kindle EditionVerified Purchase
I liked this book. Thought it was different, original and worth the read. Lots of you will like this one.
Read more
Helpful
Comment Report abuse

I was really intrigued by this book from the moment I read the blurb. Having not yet read a book with a political story line, I was really interested to see what I would think.

My verdict.... I loved it! Chelle Bliss and Brenda Rothert have written so well together. The characters are gorgeous and so well written. You easily form an attachment to them.

Jude Titan is a war hero who has decided to try his luck running for the Senate. After fighting for his country with the Marine Corps, he wants to be a new and louder voice for other veterans. The only person in his way.... Reagan Preston.

Reagan Preston has grown up in a political family. Her father being a senator all her life. It's all she has known, so it's only logical to follow the family line, right?

When the two meet - as opposing candidates - what is meant to be a competitive campaign to outrun the other, turns into a soul searching and heart warming journey.

I found parts of this story so amusing and was quite often giggling to myself. But what I loved even more - was that it actually had a very real and serious issue at its very core. An issue that is very present in the US government today.

Thoroughly enjoyable and will definitely be reading more from both of these authors.

*ARC kindly provided by Authors for an honest review *

Old Dave's Romance Revue
TOP 500 REVIEWER
5.0 out of 5 stars Political conspiracy of a different kind
29 July 2016
Format: Kindle Edition
When Reagan Preston sees on TV that Jude Titan has announced his candidacy for the state senate seat, in direct opposition to her, she knows she has to take it seriously. It's not simply that he's darn good looking, but he brings with him a kind of freshness and openness that tends to resonate with disillusioned voters.

As a decorated Marine veteran, a war hero, Jude is familiar with having enemies, and doing whatever is necessary to succeed, but he's also been instilled with values such as honor and integrity.

Its the conflict between those two notions that makes Dirty Work by Chelle Bliss and Brenda Rothert so good.

In the day to day world of political posturing and maneuvering, doing whatever it takes is just how the game is played, but that's exactly why Jude is there in the first place, to be different from all of those career politicians who'd happily steal candy from a baby while stripping benefits from its mother so long as they could pose for a photo op while doing so. He wants to be better than that, to stand out in the sea of corruption and back room dealings, and its that integrity, that determination to fight fairly, that has things balancing on a knife edge.

Even though both find the sparks of attraction flying between them at their first meeting to be undeniable, they really should be enemies.

Chelle and Brenda have conspired to deliver a delightfully naughty forbidden romance. With the main characters on opposite sides of a race that can have only one winner, this tale is thoughtful and witty, poignant and hot, sensitive and explosive, with twists along the way that caught me completely unaware.

Finally, hidden among all the confusion that ensues as things come to a head, maybe, just maybe, there's a lesson in there for all of us, no matter which side of the political fence we find ourselves on
Read more
Helpful
Comment Report abuse
See all 12 customer reviews
Write a customer review

Go to Amazon.com to see all 336 reviews 4.6 out of 5 stars
Get FREE delivery with Amazon Prime
Prime members enjoy FREE Delivery and exclusive access to movies, TV shows, music, Kindle e-books, Twitch Prime, and more.
> Get Started
Back to top
Get to Know Us
Make Money with Us
Let Us Help You
And don't forget:
© 1996-2020, Amazon.com, Inc. or its affiliates