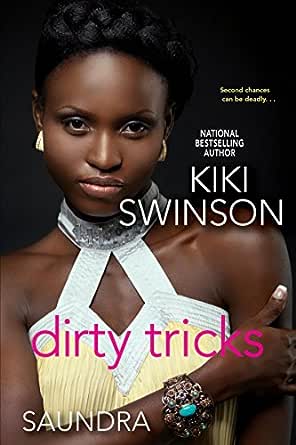 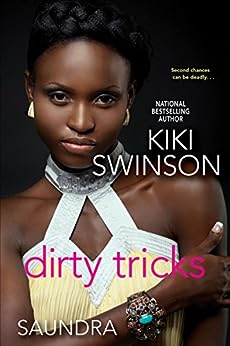 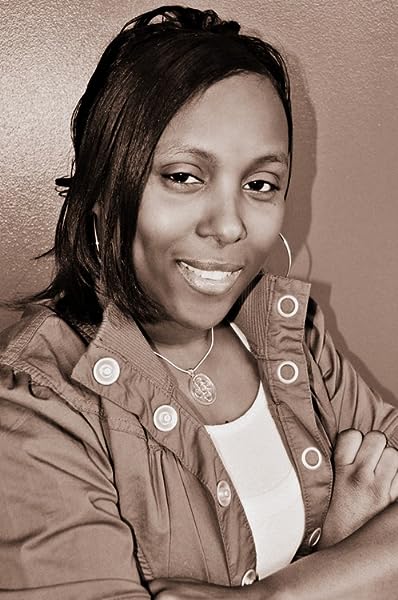 STAY SCHEMING
KIKI SWINSON
Karlie Houston is broke, betrayed—and running from a bounty on her head. Turns out the real owners of the payday loan office she ripped off weren't cool with her idea of employment bennies. With her lover and friends gone, she's forced to take refuge with her cold-hearted grandmother. But with enemies closing in, Karlie's last chance to flip a killer script is ticking down to slim, none—and dead.

WHO CAN YOU TRUST?
SAUNDRA
Struggling bank teller Porsha has no time for Cinderella fantasies. She's working overtime to keep her
tragedy-struck family off the streets. But her new boyfriend, Game, is smart, seductive—and sure-thing successful. So why not work his rock-solid plan to steal from her bank? All she’s got to lose is more than she can possibly imagine.

“Treachery, betrayal and revenge add to the twists and turns and lots of drama in this book. Loved it! Can’t wait until the sequel comes out.” —RT Book Reviews on Kiki Swinson’s The Score

“Saundra offers insight into the ruthless drug game but also offers hope and redemption. Fans of Sister Souljah’s groundbreaking The Coldest Winter Ever will immediately note similarities to that powerful novel in Saundra’s writing.” —Library Journal on Saundra’s Her Sweetest Revenge

KIKI SWINSON is the national bestselling author of over 30 novels and short stories. A star of the street lit genre-crime novels in an urban setting-Swinson?s works feature resilient women making tough, and sometimes not quite legal, decisions to survive. Her novels, inspired by her experiences and a five-year stint in federal prison, have sold over 1 million copies. She completed her first novel while incarcerated and her second novel, Wifey, became the first book in one of today?s best-selling street lit series. A native of Portsmouth, Virginia, and a former hustler?s wife, Swinson resides in Virginia Beach, Virginia. Visit her online at KikiSwinson.net. SAUNDRA grew up in Cleveland, Mississippi, and now resides in Indiana with her husband and children. She started writing screenplays at the age of twelve and as an adult her need to create intensified. Saundra self-published her first novella, Owning Up, before being discovered by Delphine Publications. She is currently working on her next project. Visit her website at AuthorSaundra.com, or connect with her on Instagram, Facebook, and Twitter @AuthorSaundra.
click to open popover

Kindle Customer
4.0 out of 5 stars I enjoyed this book.
22 January 2020 - Published on Amazon.com
Verified Purchase
I enjoyed the first story. I got bored with the second one.
Read more

Nadine Parker
5.0 out of 5 stars Five Stars
9 March 2018 - Published on Amazon.com
Verified Purchase
Now you know it is more to tell
Read more

msluv2read
4.0 out of 5 stars Good Read
29 August 2017 - Published on Amazon.com
This book consists of 2 stories. The first one " Stay Scheming" has the correct title. This story is about 2 sisters that work in a check cashing establishment and decide to rob it along with one sister's boyfriend and some of his friends.The book opens with the sister's being tortured and takes off from there. There is murder, and other people that come up missing that participated in the robbery. The main character survives an ambush that kills her sister and boyfriend. She is working with a cop to keep safe. Here we meet 2 family members that are very strong additions to the story. The story is fast paced and hold your attention. The last chaper of this book is named" The Real Devil in Sheep's Clothing" and the author could not have picked a better title. Wonderful story. The second story "Who Can you Trust" was just an ok read. This story is bascially a jealous fueled story with characters sending out to come out on top. There is much going on but at times the story lags,. Thanks to NetGalley, the author and the publisher for the ARC of this book in return for my honest review.
Read more
2 people found this helpful

Kindle Customer
3.0 out of 5 stars Twisted
14 December 2017 - Published on Amazon.com
It was tyo good to be true so early In the game. I do like the warning Yazz gave overall ok read. Could have been more realistic but it was a decent read.
Read more
One person found this helpful
Go to Amazon.com to see all 5 reviews 4.2 out of 5 stars
Get FREE delivery with Amazon Prime
Prime members enjoy FREE Delivery and exclusive access to movies, TV shows, music, Kindle e-books, Twitch Prime, and more.
> Get Started
Back to top
Get to Know Us
Make Money with Us
Let Us Help You
And don't forget:
© 1996-2020, Amazon.com, Inc. or its affiliates