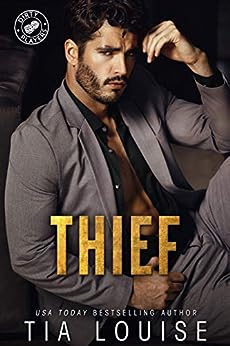 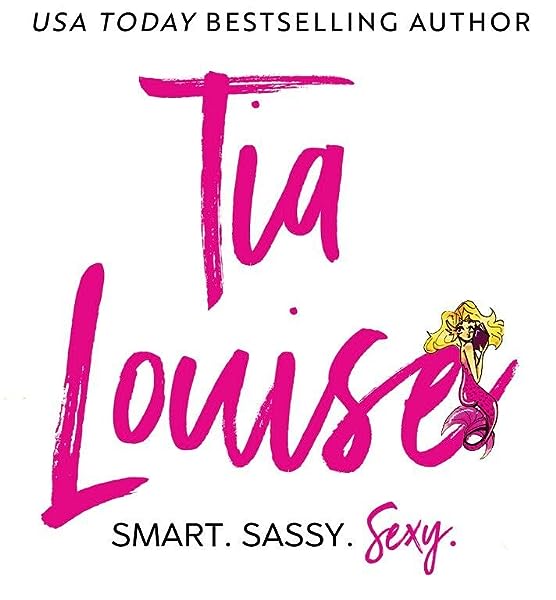 Tia Louise is the Award-Winning, International Bestselling author of the ONE TO HOLD series. From "Readers' Choice" nominations, to USA Today "Happily Ever After" nods, to winning the 2015 "Favorite Erotica Author" and the 2014 "Lady Boner Award" (LOL!), nothing makes her happier than communicating with fans and weaving new tales into the Alexander-Knight world of stories. A former journalist, Louise lives in the center of the USA with her lovely family and one grumpy cat. There, she dreams up stories she hopes are engaging, hot, and sexy, and that cause readers rethink common public locations... --This text refers to the paperback edition.

Lisa Hershaw
5.0 out of 5 stars Dirty thief indeed
Reviewed in the United Kingdom on 1 May 2017
Verified Purchase
This is the fourth book in the series, but can be read as standalone, although personally I recommend reading them all and in order because this is a great series.

I loved this series, while I'm still team Cal and Zelda I did love Rowan and Ava too.

No matter which Sister or what Royal brother it is there is always trouble, so Ava and Rowan's story is no different.

Ava is Rowan's Queen Regent and his love knows no bounds, while knowing her past was difficult one but with her love for Rowan helping her healing, but she's very resilient never forgets her past and wants, no needs, to help children like her.

No matter where the trouble come from and there is always trouble, which ensues a thrilling story that we've come to expect from this series, the suspense, the hotness make this for another fantastic read from Tia Louise and I can't wait to see what's next.

Lena Loves Books
5.0 out of 5 stars Bittersweet...
Reviewed in the United States on 1 May 2017
Verified Purchase
Tia does it again. I love love love this series it was hard to see it end. Dirty Thief focuses on Rowan, the king and his beautiful queen regent, Ava. I was hoping Tia would write a book for them and boom, here it is.

This book takes place about a year after Ava and Rowan have been married. She is settling I'm quite nicely considering she was a thief not too long ago. Ava and her sister, Zelda stole to survey after escaping an abusive foster home, they did what they had to do to survive. Well, the old demons have come back to haunt Ava. Will her and Rowan come out of this alive.

I loved the pace of this book. It was unputdownable (yes that is a word.*smirk) The tension and the suspense kept on building. I had to know what happened next. And I would be doing this review a disservice if I didn't talk about the heat in this book. God good. These two have never made making a royal heir sound so good.

Heat, suspense and great pace is what you'll get from this book. If you like all those, this one is for you. I should also say that this book can be read as a stand-alone.
Read more
4 people found this helpful
Report abuse

chrissycf
4.0 out of 5 stars What happens when your past catches up with you?
Reviewed in the United States on 30 April 2017
Verified Purchase
Finally we get to see inside Rowan and Ava's royal marriage and all the sexiness and chaos that it is!

I've been a lover of the Dirty Players Series, and Ava and Rowan, so I was ecstatic to see them finally getting a book that was just them. Sure we got Zelda and Rowan and Ava has made an appearance in all of the books, but we've not had the pleasure of seeing the ins and outs of them together living as King and Queen Regent.

If you've read the previous books in this series, you know Ava's back story, and it's not the greatest and your heart breaks for her.. well her past comes back to get her in this book and strong willed Ava tries to do everything she can to handle it herself, while also doing her job as the Queen Regent, and keeping her husband out of it since he has enough going on. When things get too much to handle and she has to involve Rowan, he's not too happy that she kept things from him, but he does everything in his power to protect her and keep her save. I love the bond these two characters have, and how protective Rowan is of Ava. I would get so upset with Ava for keeping things from him and trying to live like she wasn't in the position she was and putting herself in danger over and over again in this book.

This book had so many twists and turns, but unlike the other books in this series, we know who the "bad guy" is and it's just getting him and catching him in the act. I loved how this book focused not only on dealing with Ava's past catching up to her, but her finally embracing her role as a royal and watching her and Rowan's relationship continue to grow. The love these two have for one another is beautiful. Seeing Zee and Cal and baby Belle make an appearance in this book was also a plus.

If you haven't read this series yet, it's a definite must read, but if you want to read Dirty Thief as a stand-alone, you can do that as well. It's written in a way that you can read it without having to read the previous books beforehand. I really enjoyed finally getting Rowan and Ava's book as the last time we saw Rowan's point of view was in the first book in the series and it wasn't with Ava. This was a sweet, read that had a bit of suspense that had me hooked from beginning to end!
Read more
3 people found this helpful
Report abuse
See all reviews
Back to top
Get to Know Us
Make Money with Us
Let Us Help You
And don't forget:
© 1996-2021, Amazon.com, Inc. or its affiliates