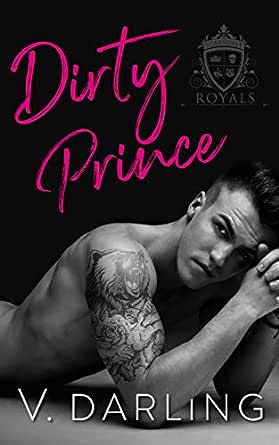 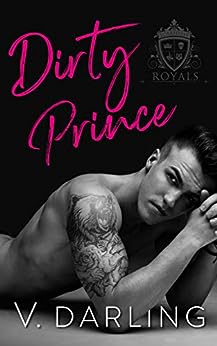 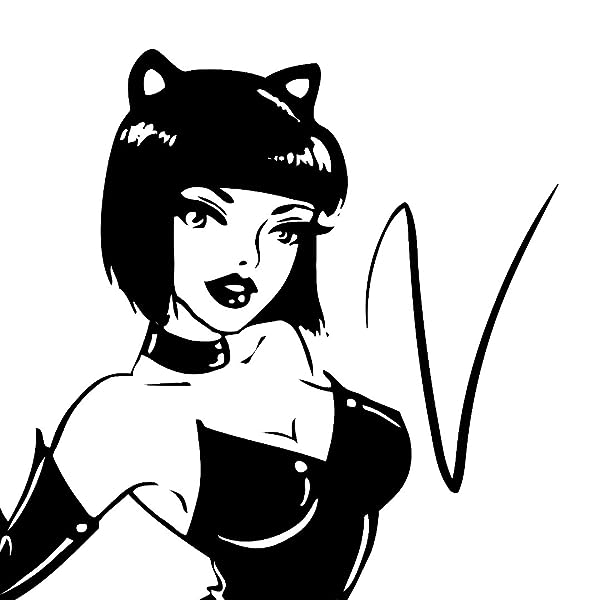 The hot mess library
TOP 500 REVIEWER
4.0 out of 5 stars A smoking hot drama!
Reviewed in Australia on 12 March 2020
Dirty Prince is one fast paced, dirty, friends to lovers’ book. The story centres around Scout, Lev and Nav. All three of the are royalty at Scarsdale High and practically rule the whole scene. Scout is cheer captain and is dating twin Nav Fox, the only problem in this set up is his twin brother Lev who knows exactly how to push Scout’s buttons and boy does he do it. Putting her head and heart on the line, Scout needs to decide what is worth fighting for, love or being Queen Bee.

This book is an edge of your seat read. We flip backwards and forwards between Scout and Lev’s relationship and at times it is quite cruel and they can be quite cruel to each other. It is almost as though Lev is obsessed with Scout and you see it through the writing on the pages.

This novel is full of angst and drama and you never quite know what is going to happen to Scout until the very end. Even with the support of her friends and brother, she still had a long way to fall. There are moments when you feel really sorry for Scout but at times she can be quite harsh to people so I felt that my sympathy came and went in waves, especially when it came to how she treat both of the brothers, especially when she didn’t really think about the consequences. It was refreshing to see that the hero/heroine of this book were in the same social class and boy did that make a difference when it came to this story as it showed you how quickly you could be on the outer if you didn’t follow certain rules.

Scenes between Lev and Scout are smoking hot and I really liked the twists in the latter part of the story. It has left me wondering who is going to be next in this series. If you like your books full of angst, heartbreak, sexy scenes and some Dawson’s Creek style drama, then this is the book for you!

Bookobsession000
TOP 1000 REVIEWER
4.0 out of 5 stars Lev will have you melting big time...
Reviewed in Australia on 31 March 2020
😱Holy Moses! 😱
This book was not what I was expecting.
Lev.
Holy 🤤
I have no words.
Excuse me while I wipe my drool off the floor!
He is the definition of HOT 🔥🔥🔥
The words that come out of his mouth... they make any girl need a cold shower.
This book is not your typical bully romance story. I don't now If I would even classify it as a bully story. It is more of a love triangle between Scout and twin brothers, Nav and Lev.
Scout is not your typical FMC that you expect in a bully book. She is the popular girl who pretty much is the bully. She rules the school along with her group of friends.
Nav and Lev, although they are twins, are they completely different! They may look exactly the same, but they are anything but.
Dirty Prince is crazy intense and one steamy hot read!!
I would recommend anyone to read this book just to experience Lev alone because geez louise, I still cannot get over that boy! Holy hotness. Although he is a total jerk, he is one of those book characters you love to hate and just cannot get enough of!
All I can say, is after this read from V Darling, I am more than excited to read the next book in the Scarsdale Royals series 😍😍
Read more
Helpful
Report abuse

Siobhan
4.0 out of 5 stars Everything I have to love about bully romance!
Reviewed in Australia on 20 April 2020
Book one in the new Scarsdale Royals series and this story is 🔥🔥
Not your typical bully romance!

Scout and Lev are both really strong characters and clash a lot but their chemistry is undeniable. I love everything about Lev, and all of the Royal guys really 🙌🙌 Scout took a bit longer to warm up to, her self-entitled bratty attitude in the beginning really bugged me but she did get better. And I adored her relationship with her brother Saint.

This story had everything I have come to love about bully romance:
Cocky hotter than sin hero ✅
Confident, fiery heroine ✅
Lots of drama ✅
Lots of steam ✅
Read more
Helpful
Report abuse

I have mixed feelings about this book. At first I didn’t really like it, but by 75% it flipped and it was pretty good.
I liked Lev. I love how steadfast he is, as well as a little evil.
Scout I didn’t like as much. She was a bit of a spoiled brat for most of the book, but then things evened out.
Nav was a bit of a surprise for me, and I liked the twist on things.
This is a pretty solid bully romance. I do think it could be a little fleshed out more but it’s not something that detracts from the book to much.
Give it a go!
Read more
Helpful
Report abuse

E rafferty
TOP 500 REVIEWER
5.0 out of 5 stars 5 stars
Reviewed in Australia on 30 May 2020
I! Annoyed at myself for letting this book sit unread on my kindle for as long as I have. This book was exactly what I needed to read, it was twistedly romantic, it was heartbreaking, it was sexy and it was really well written. This is a new author for me and now I'm just desperate for more of her words and just more books from her in general.
Read more
Helpful
Report abuse
See all reviews

Anja Dettmann
5.0 out of 5 stars Love triangle and cheating, but worth it
Reviewed in Germany on 27 March 2020
Verified Purchase
4.5 stars from 5

Dirty Prince is my first book I read by V. Darling and will not be my last.
I need to know how the other boys become their HEA. 😋
.
Normally I don't read books where cheating or love triangles are involved, but I gave this one a try and was hooked from page one. My heart broke for little 8yo Lev, because Scout has her eyes set on his twin, Nav.
.
Over the years Lev tried his best with his 'charming' ways to win over Scout, but she still has her eyes set on his twin, while his twin seems to not really recognize her ... till one day and they became a couple.
.
But Lev still has his ways to crawl under her skin and inside of her.
Okay, I felt awful for Nav but not anymore as the story went on and I learned why he came together with Scout at first.
I felt awful for Lev because what he's done for his twin over the years.
.
I'm really happy that I gave this book a try. It's a pageturner and I rarely couldn't put it down (my kids thought otherwise so I needed to put at down at times 😜).
Read more
Report abuse

Kindle Customer
5.0 out of 5 stars The Best!
Reviewed in the United States on 8 April 2020
Verified Purchase
Amazing and Heart Wrenching...
this story was so crazy good! I loved it so much!!!
My heart is hurting from the feelings that it inspired.
IT HAD EVERYTHING from bullying to hot sex. The characters, story and writing were all perfection. I started reading it and couldn't stop. The main characters bring you into their world and the story becomes your world. The writing is so true and strong that I became immersed in it and happily let it carry me to the end. V. Darling is one of my favorites now and I can't wait for the next story!
PERFECTION!
Read more
One person found this helpful
Report abuse

Nikki
5.0 out of 5 stars Amazing!
Reviewed in the United States on 28 May 2020
Verified Purchase
I had this story on my kindle for a little while. I wasn't sure about it at first. I gave it a chance...and I'm so glad I did! This story was EVERYTHING I didn't know I needed. It follows the Fox Brothers and Scout and the Royals. You'll fall in love with all the characters in this one. Lev and Nav are twins. They are night and day. Lev is a rebel whole Nav if the golden boy. Nav and Scout are dating. She makes a mistake and that's when the story really unfolds. The loyalty and love between all the characters is something wonderful. This is one you can't put down. I'm so ready for the next one in this series!
Read more
Report abuse

Kindle Customer
4.0 out of 5 stars Twin love!!
Reviewed in the United States on 7 July 2020
Verified Purchase
Scout loves Nav, but Let steals all her firsts. If you like stories with twins, a queen bee, and a love triangle, then this is the book for you. I loved this book, because it went there. Darling gives you sex passion, angst, betrayal and a peek at what's to come in the series.
Read more
Report abuse
See all reviews
Get FREE delivery with Amazon Prime
Prime members enjoy FREE Delivery and exclusive access to movies, TV shows, music, Kindle e-books, Twitch Prime, and more.
> Get Started
Back to top
Get to Know Us
Make Money with Us
Let Us Help You
And don't forget:
© 1996-2020, Amazon.com, Inc. or its affiliates