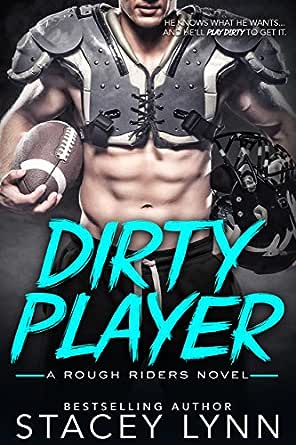 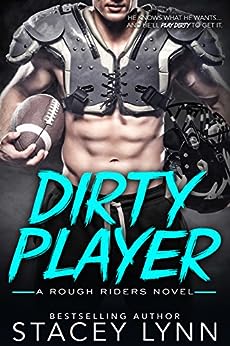 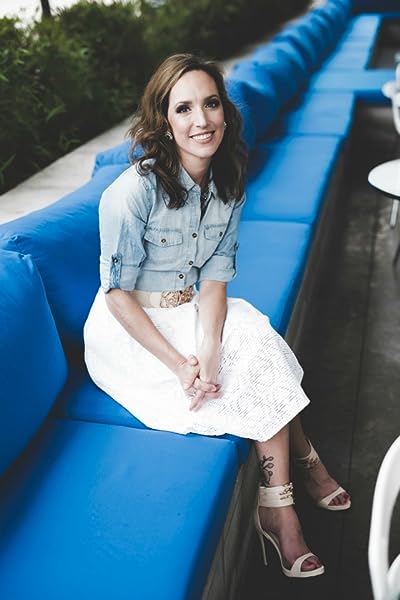 4.2 out of 5 stars
4.2 out of 5
63 global ratings
How are ratings calculated?
To calculate the overall star rating and percentage breakdown by star, we don’t use a simple average. Instead, our system considers things like how recent a review is and if the reviewer bought the item on Amazon. It also analyses reviews to verify trustworthiness.

MLM 66
5.0 out of 5 stars More Rough Riders... Please..!!
Reviewed in the United Kingdom on 6 May 2017
Verified Purchase
Ooh I nearly missed out on this book, only noticing it when I left a review for His to Seduce a few days ago. I had no idea Stacey Lynn had written a sports genre novel so I was eager to download it.
Dirty Player holds your attention from the very begining. Shannon and Beaux are sister and brother, their love and support for each other is undeniable.
Shannon has no reason to hang around with her cheating boyfriend so she decides to move away and join Beaux and this is where the story really begins.
Shannon has sacrificed a lot but wouldn't change a thing it's helped get Beaux to where he is now and he knows it.. it's beautiful to witness.
There's always one that is cocky and full of himself and Oliver Powel is it and we see him at his finest when he tries to introduce himself to Shannon. Oliver has no clue she is Beaux's sister, it's a brilliant moment and as you wait for that bit if information to be revealed only to realise it isn't...well you love it already and can't wait for that all important moment to happen!
This is a really great story with lots of endearing and sexy scenes between Shannon and Oliver, their month soon turned into so much more and we were now witnessing a much improved Oliver Powel.
Everything seemed to be going well not only their relationship but Shannon's jewellery business was taking off too and that is something Shannon definatly deserved, so it was happy times all round however a certain situation changed everything.
I have to say they way Oliver reacted and treated Shannon over his fathers heart attack was awful, talk about cutting and hurtful words, he practically blamed her, he'd put that pressure on her, as if she hadn't cared. It was totally out of order especially as she had lost her own mother. It was definitely a moment that made you angry and disappointed with Oliver and a little emotional too,..when he told Shannon to get out.. oh dear I don't think I could have forgiven so easily.
Things went from bad to worse for a while especially after that confrontation outside Olivers hotel room, let's face it Shannon had been there before... she wasn't about to go there again.
As Shannon prepares for the worst you can't help wonder how it got to this, all it needs is the Ex to show up... that's exactly what happens.
Thankfully it's at this moment Oliver shows up too, it's what we've been waiting for!
The epilogue is brilliant with another beautiful touching moment to end on.!
I wish Beaux could have a story too ?
Read more
One person found this helpful
Report abuse

Tracy ~ Book Loving Pixies
4.0 out of 5 stars A really great read
Reviewed in the United Kingdom on 20 September 2016
Verified Purchase
Stacey Lynn is a new to me author but one who's back list I will definitely be checking out!

Dirty Player was a hot, sexy and fun read. I really liked both Oliver and Shannon.

Oliver was arrogant and very confident - given his reputation and success you could get why he was like that - but was also extremely caring and protective of Shannon once they were together. Shannon was feisty, determined, loyal and a lot of fun. She'd given up a lot to help her brother Beaux achieve his dream of being a professional football player. Both had trust issues - both completely understandable - so they had some common ground to start with.
Neither thinking the other was what they were looking for, their initial getting together was only supposed to be short term... but the longer they spent in each others company and the more they got to know each other (in and out of bed!!), ending things when they were just starting was never gonna be on the cards.

There were some great supporting characters that were likeable, relatable and fun and I would love to find out more about them. The exes, gods, if I could have reached into my kindle and throat punched them, I would have done it, both were horrible folk!

Well written, with a fantastic epilogue, Dirty Player was a really great, engaging read that I would definitely recommend and I rate 4*.
Read more
One person found this helpful
Report abuse

Rhiannon Matthias
5.0 out of 5 stars Must read 🌟🌟🌟🌟🌟
Reviewed in the United Kingdom on 8 December 2016
Verified Purchase
Another brilliant book by you Stacey. I've just this second finished this book and I loved it that much I've contacted the author asking if there's going to be more from the characters we've meet in dirty player as I really belive they helped make the book that extra special.. I cannot wait to read more you stacey
Read more
Report abuse

Kindle Customer
5.0 out of 5 stars Great read
Reviewed in the United Kingdom on 6 October 2016
Verified Purchase
I've waited a long time to read another good sports romance, so very happy I took a chance on this book. It was AWESOME!!!! Please Stacey your readers need more!!
Read more
Report abuse

Amazon Customer
2.0 out of 5 stars Some good, some not so good
Reviewed in Canada on 19 August 2019
Verified Purchase
For the most part, I kind of enjoyed the book up to near the end. Then I was just ticked!

The writing cried out for editing, missing punctuation often made it hard to understand.

All stories should show resolution or growth by the end of the story. This one didn't. She's new out of a bad relationship where the man was far less than ideal, into another one with a man who starts out as a complete jerk.

As a story dynamic that's fine, but at the end of the book, the man hurts her in anger then just ignores her because he's busy or feels bad. Not too busy or feeling bad to have the time to go out and get drunk, to spend time with his friends and family, not too busy for a female friend to take him home and care for him. Even in the hours it took to drive his family home and back, he couldn't find thirty seconds to text her and say he was sorry? Just that?

Actions trump words. You show others how you want to be treated by your actions, she shouldn't be surprised that the men in her life treat her like crap, she lets them.

Yet, we're supposed to believe that he's a good guy and loved her? Even worse, he finally shows up and gets territorial when her ex wants her back and she doesn't toss him to the curb like both of the men did to her. Without any believable remorse on his side she takes him back. Same actions as with her ex. No growth.
Read more
Report abuse
See all reviews
Get FREE delivery with Amazon Prime
Prime members enjoy FREE Delivery and exclusive access to movies, TV shows, music, Kindle e-books, Twitch Prime, and more.
> Get Started
Back to top
Get to Know Us
Make Money with Us
Let Us Help You
And don't forget:
© 1996-2020, Amazon.com, Inc. or its affiliates