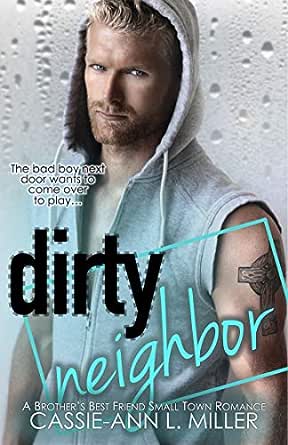 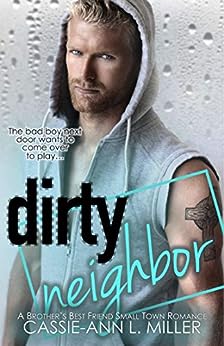 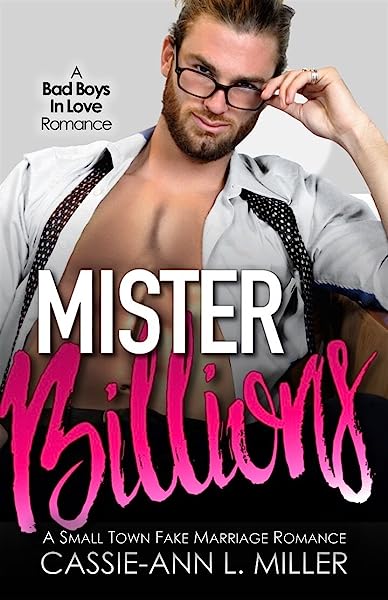 4.4 out of 5 stars
4.4 out of 5
120 global ratings
How are ratings calculated?
To calculate the overall star rating and percentage breakdown by star, we don’t use a simple average. Instead, our system considers things like how recent a review is and if the reviewer bought the item on Amazon. It also analyses reviews to verify trustworthiness.

Kristy
5.0 out of 5 stars Loved it
Reviewed in Australia on 31 December 2016
Verified Purchase
Absolutely loved this book this was the first book of ms millers ive read & i will definitely be following this series 👌🏻
Read more
Helpful
Comment Report abuse

At first I wanted to junk punch him for the stunt he pulled on prom night which changed Sammie in ways which I don't think either of them ever envisaged.

Then when he came back. When the truth came out. When the chips fell, all I wanted to do was drag him through my bedroom window and never let him leave. Which, I think is exactly what Sammie wanted to do the moment she saw him, but the past hurt he inflicted left scars too raw for her to get past.

Keeland is beautiful. While his story is heartbreaking, the things his given up, the events his missed - all of which were outside of his control, he didn't let him end up bitter and jaded, which in all honesty he would have been in his right mind to do so.

This was my first Cassie-Ann Miller book I read, and I'm not embarrassed to say I went and one clicked every other offering she has after finishing their story.
Read more
Helpful
Comment Report abuse

Dirty Neighbor was the first novel I have read by Cassie-Ann L. Miller and I liked it. I enjoyed it. Dirty Neighbor has the perfect balance of everything that I want in a romance, angst, love, steamy scenes, interesting characters and a couple that actually work together. It was a sweet and lighthearted romance that had me laughing from time to time. The story was engaging, I liked the tatted hero, Keeland and I liked that the heroine, Sammie was easy to related to. Although throughout the book there was some moments where Sammie’s actions annoyed me, I continued reading because I wanted to know how it ended. Keeland was the number one character for me, he took everything in his stride and continued to love Sammie no matter what. I liked this book.

Megan L.
TOP 500 REVIEWER
3.0 out of 5 stars Moved a little slowly for me
Reviewed in Australia on 29 September 2016
Received for an honest opinion.
Keeland is a great character, and I enjoyed Samantha but I felt the book moved a little slowly for me. It took forever to finally find out about Keeland's past and then bam! The book is over. I like the premise of the book, and I really like Keeland but I felt it could've been a bit more fleshed out.
Reviewed for 2rsblog.blogspot.com
Read more
Helpful
Comment Report abuse
See all reviews

Kindle Konvert
5.0 out of 5 stars "You were always supposed to be my girl, Sammie. And I was supposed to be your guy."
Reviewed in the United Kingdom on 30 June 2017
Verified Purchase
Really enjoyed this one!

Keeland Masters was the boy next door and Samantha's brother's best friend. He broke her heart when they were high school seniors, when he suddenly left town with his family. She's heard nothing from him since.

Eight years later, Keeland is back...in the house next door. Older, hotter, and just as irresistible.

Keeland felt bad when his family left and he let Sammie down so badly. He moved on with his life but it lead him to make one big mistake, which he paid for. He's back in his hometown to take stock of his life but he hadn't banked on seeing his teenage crush. She's older, hotter, and just as irresistible....and she hates him!

Even though his best friend has warned him off, and Sammie treats him with disdain, they can't deny that their chemistry and connection is as strong as ever and, soon enough, their resistance to one another goes up in flames.

This was a fab, easy, dirty read! I liked the forbidden element and the fact that these two characters were just mad for one another. Neither wants to put their hearts on the line but the more time they spend together, the more obvious it becomes that this is not just a fling. Thoroughly enjoyed it!
Read more
Report abuse

susipots
5.0 out of 5 stars Five Stars
Reviewed in the United Kingdom on 7 September 2017
Verified Purchase
a good read, I enjoyed this book
Read more
Report abuse

Cinderella
3.0 out of 5 stars Rekindling old flames
Reviewed in Canada on 17 July 2017
Verified Purchase
Dirty Neighbor is a really sweet second chance romance between Keeland Masters and Samantha Trotten.
Keeland and Sam were really sweet together once they meet up and you can feel the sparks fly off the pages. The secondary characters were hilarious and I can't wait to read their own books.
Keeland was the cute highschool jock every girl wanted, but he fell for Sam, the nerdy little sister of his best friend. On the day of the prom, which Keeland asks Sam too, he skips town and Sam is forever heartbroken. Fast forward a few years and Sam is back to her home town, and unbeknownst to her, her brother rents Keeland's old home back to him. When they come face to face, Sam hates Keeland's guts, but all he wants to to seek her forgiveness for breaking her heart. Old flames rekindle and they get their HEA.
I liked the story, but I would have like a little more on Keeland's and Rhys' backstory than what was written. Overall it was a good read and I would recommend this book to anyone who likes second chance romance.
Read more
Report abuse
See all reviews
Get FREE delivery with Amazon Prime
Prime members enjoy FREE Delivery and exclusive access to movies, TV shows, music, Kindle e-books, Twitch Prime, and more.
> Get Started
Back to top
Get to Know Us
Make Money with Us
Let Us Help You
And don't forget:
© 1996-2020, Amazon.com, Inc. or its affiliates