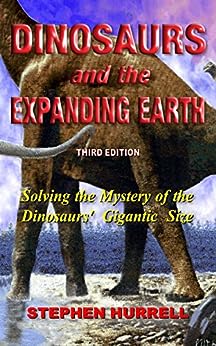 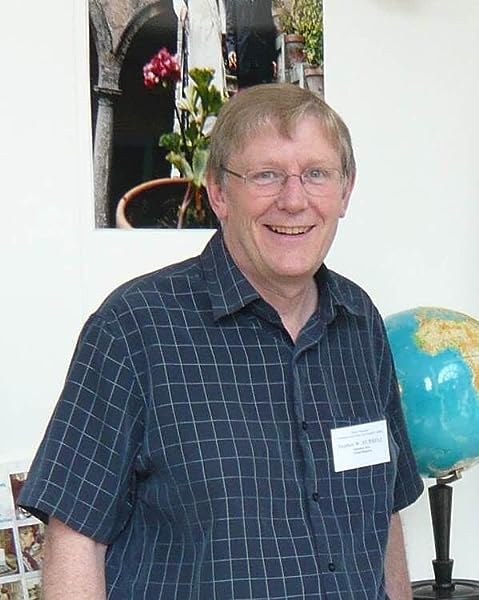 ..".this is an original work rather than a re-presentation of existing knowledge..." Geology Today

"Stephen Hurrell's book (proposes) an increasing gravity throughout geologic time. Its clear and lively descriptions lead the reader straight to the core of the arguments" Professor Giancarlo Scalera

"Hurrell [has] shown dinosaurs' bones could not have borne their weight" Professor S. Warren Carey

"surface gravity during the Permian was ... precisely what you are suggesting ... much reduced surface gravity would have benefited their existence and mobility immensely" Dr James Maxlow

"Like many such independent thinkers ... we can understand the huge size of the Dinosaurs" Professor Lance Endersbee

..".has written a landmark book that will still be read and cited 100 years from now" William Erickson

..".finally gives compelling universal answers as to why giants existed back 'then' and not 'now'." David de Hilster

Amazon Customer
5.0 out of 5 stars A comprehensive look at the evidence...
Reviewed in the United Kingdom on 21 August 2018
Verified Purchase
A well reasoned book on a controversial theory...
In his book he goes through many levels of evidence that strongly supports the Expanding/growing Earth...
The evidence in support of this theory is greater than the evidence for the Continental drift theory that sadly has been accepted by mainstream science....
This theory should at least get equal respect with the Continental drift theory and deserves more research...

DuVall
5.0 out of 5 stars A Logical, Sensible Answer to an Enigma
Reviewed in the United States on 19 October 2015
Verified Purchase
NOT kindle, I purchased a solid hardback book.

Over 65 million years ago the Earth gravity was one third of today's. What produced this change in gravity?

According to this and other publications on the subject the evidence leads to the fact our planet and most probably all celestial objects have slowly undergo a natural process of growth and expansion.

This, the only logical theory of the extinction of the dinosaurs, is based on the idea that the growth of the hollow orb along million of years increased the size of the seas and gravity and as a result the dinosaurs' weight and their difficulty of movement. That a heavier and larger planet slowly restricted their possibilities to survive and evidently all life, including most flora and fauna and even insects, to adjust to a stronger gravitational force, gradually along eons became smaller and lighter.

This is a well-researched, thrice revised, profusely illustrated, a logical and sensible theoretical postulation by an engineer who knows the exact meaning of the ratio between gravity versus size, mass, volume and weight.

RC
4.0 out of 5 stars Excellent Introduction To the Subject
Reviewed in the United States on 8 July 2019
Verified Purchase
This is a great book to gain an overview in the correct sequence, from the scale of life argument to the geological evidence for earth expansion/growth. It's very readable and the author uses simple high school math that is obvious once you're clued in to be looking for it, and that's the rub. You can be the most intelligent and lettered person in the world but if you can't see what is right in front of your eyes than all that brain power is totally useless. That really is the history of science and progress, isn't it?
Read more
One person found this helpful
Report abuse

Amazon Customer
5.0 out of 5 stars For the curious
Reviewed in the United States on 29 January 2020
Verified Purchase
I am only halfway through this book and it has already answered a lot of my questions about the dinosaur's large size. It proposes the idea of a smaller earth millions of years ago, and after reading about the expanding earth, this theory completely makes sense to me. Great book!
Read more
One person found this helpful
Report abuse

murderbymedia
5.0 out of 5 stars The earth is growing!
Reviewed in the United States on 20 June 2015
Verified Purchase
This theory makes perfect sense and I am very happy I read this book.
I have no problem with this view of geologic history, but a lot of people think I'm retarded for taking it seriously.
The fools!!
Someday the world will be gigantic and their descendants will be neotonic hyper-cephalic humanoids one foot tall whether they believe it or not!
Read more
3 people found this helpful
Report abuse
See all reviews
Back to top
Get to Know Us
Make Money with Us
Let Us Help You
And don't forget:
© 1996-2021, Amazon.com, Inc. or its affiliates