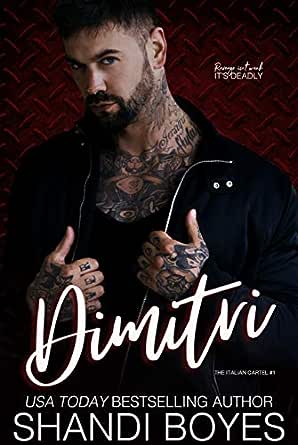 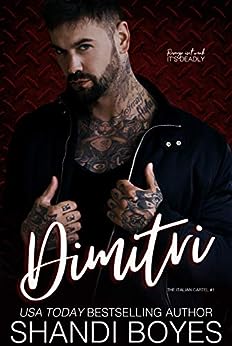 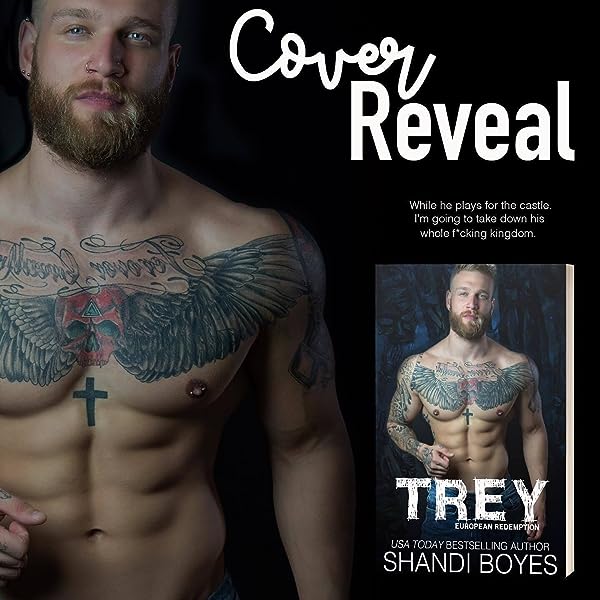 Dimitri's upbringing, past drug abuse, drinking, and the world he comes from have made him into a volatile and dangerous man.
Roxanne's life with her parents has been strange, to put it mildly. Although not physically abused, she was exposed to things no child should have to experience.

Instead of being afraid of Dimitri as she should be, she is drawn to him and mesmerized by him. The physical attraction between them sizzles off the pages.
Dimitri, being the Mafioso Alpha Male he is, blames her for what happened to his wife and child, rather than taking responsibility for his wandering eye. Yet it is almost understandable, once you realize Roxanne was there at every major incident.

It's a rooted to your seat, can't put it down read, that makes you gasp and want to scream with a cliffhanger 'What The ...!?' ending.

Barbara
5.0 out of 5 stars Hot Sexy Alpha Italian Mafia. What more could you want?!?
Reviewed in Australia on 2 October 2020
Dimitri: The Italian Cartel #1

Have you ever had a story that you’ve read after a few busy days and it doesn’t matter how tired you are....you just keep reading??????
That’s until your eyes water because it’s just that good?!?!!!!!!!

Well that’s what it was like for me this week ..... I nearly freaked because I just needed that extra page!!!!!
That extra chapter!!!!!
Just to see me through. That my friends is what you’ll have to go through after reading Dimitri : The Italian Cartel #1
This story grips you...... Embroils you that you need to know how it ends. I’m not a lover of cliffhangers, I’ll be honest. But Shandi has ‘Never’ disappointed me whenever I’ve had to endure one.
I know that the following novel will not only answer my questions but will lead me to unforeseen events ‘Worth’ waiting for!
You’re cruel Shandi 😂 but you’re Awesome and I’m literally holding my breath for what’s to come next!!!!

🌟 🌟🌟🌟🌟👈🏻 Seriously I want to give this more than 5 🌟’s..... This answers a few questions but leaves me with more. An Epic Author who fills in gaps throughout her series.
Dimitri A Hot Sexy 🔥 Alpha and I need more!!!!! Much more!!!!!
Roxie and Dimitri are dynamite 🧨

A Definite Must Read!!!
Once you’ve started you can’t pull yourself away.

Can I say the Best Thing About Shandi is she doesn’t leave you hanging for Months waiting. Her Novels are a Constant!!!
It’s what I love about her writing. And truly let’s face it.....?!? Who wants to wait a year for the following Novel????
If you Choose to read Shandi Boyes’s Novels you will not be disappointed in the least. She gives and gives to her readers. I as a constant reader can not emphasise enough that this is what fans want.
So if one day we actually meet at an Event ..... Don’t hold it against me if I go all Fangirly and pass out...😂 It’ll be worth every bit of embarrassment. Keep Rocking Shandi I enjoy every Novel I’ve read...
From the ones that make me Ugly cry to the ones that make me laugh so hard I almost pee myself. You are Amongst my Top 3 Authors. That alone should tell those who are reading this review just how good you are!!!!
Read more
Helpful
Report abuse

Shezza49
5.0 out of 5 stars wonderful story
Reviewed in Australia on 4 October 2020
WOW, what a wonderful story by this author. I have now read a few of her books and I haven`t had one bad story by her.
The book just flowed for me from start to finish. I didn`t find any holes in the plot or andy spelling mistakes at all.
The characters just worked so well together and I had a wonderful connection with them as well.
Does he get his daughter back? I will leave that up to you to find out when you read the book.

Nikki
5.0 out of 5 stars Hot damn...
Reviewed in the United Kingdom on 19 October 2020
Verified Purchase
Easy five stars.... As usual Shandi never fails to disappoint. I love that you can almost taste the chemistry between Dimitri and Roxanne. The only thing I advise when reading this, is buckle up sweetheart, you're in for one hell of ride.
Read more
Report abuse

Amazon Customer
5.0 out of 5 stars A MUST READ!
Reviewed in the United Kingdom on 8 October 2020
Verified Purchase
This was one hell of a ride! So make sure you strap in. There were many times were I really wanted to punch Dimitri in the balls. Love Roxanne. The story is completely captivating from start to finish, many twists and turns. Read it as soon as it came out, and the cliffhanger at the end has me counting down the days until Roxanne, have it pre ordered. Nothing negative to say about this book, could not put it down, while my housework piled up around me lol.
Read more
Report abuse

jayne wrigley
5.0 out of 5 stars Dark mafia series
Reviewed in the United Kingdom on 8 October 2020
Verified Purchase
Dimitri has one goal,to find his daughter and destroy everone who killed his wife,no body will stop him,he doesnt need the distraction of this girl,Roxanne
The first in The Italian Cartel series,absolutely riveting cant wait for the second book Roxanne
Read more
Report abuse

XO2read
5.0 out of 5 stars Great start
Reviewed in Canada on 3 October 2020
Verified Purchase
I love that this is a long story and not just a few pages and I love that it’s a trilogy because I simply can’t get enough. The story opens with such tragic circumstances I was a bit worried but it is fast paced and so captivating - hold on to your hats,it;s going to be a bumpy ride. The story is full of intrigue and suspense. The story surrounds Dimitri and Roxie (not a fan of that name but it did suit her). He is on a mission and it’s definitely a ride you do t want to miss. While the story is filled with suspense and action, the romance is a very slow burn. It takes most of this story before the couple actually gets together. They both have difficult pasts and childhoods to overcome but they also are intensely attracted and have wicked chemistry.

Mel
5.0 out of 5 stars familia ante omnia
Reviewed in the United States on 8 October 2020
Verified Purchase
Ohhh Dimitri... I've read all of Shandi's mafia series (starting with my main man Nikolai). When I saw Dimitri was getting his I had to read it. In true Shandi fashion she did not disappoint. He is broody, a bit mean , arrogant and oh so loyal to those around him. He's dealing with something you wouldn't wish on your worst enemy. He is a man possessed. Insert Roxanne. She's got some type of terrible luck ive never seen before. He is so entranced with her but knows he has to stay focused. He keeps everything so guarded to the vest, its hard for him to seek help. He holds her responsible so she's helping him through his mission.

I feel sorry for anyone that crosses Dimitri. He's about as ruthless as they come- even more when it effects his loved ones. Him and Roxanne are so torn on their feelings toward each othother. He can't seem to resist her no matter how hard he tries and she's the same. This book does leave on a cliff hanger that will make you think "No. Theres no way. They wouldn't take part in that would they? No. "
I cant wait to read what comes next!
Read more
2 people found this helpful
Report abuse
See all reviews
Get FREE delivery with Amazon Prime
Prime members enjoy FREE Delivery and exclusive access to movies, TV shows, music, Kindle e-books, Twitch Prime, and more.
> Get Started
Back to top
Get to Know Us
Make Money with Us
Let Us Help You
And don't forget:
© 1996-2020, Amazon.com, Inc. or its affiliates