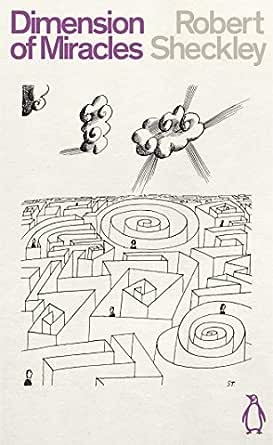 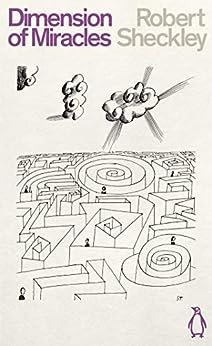 Robert Sheckley (1928 - 2005) was an American science-fiction writer whose utterly original work is noted for its merging of quick wit, philosophical musing and dark satire. His novel, Dimension of Miracles (1968), is often cited as an influence on Douglas Adams' Hitchhiker's Guide to the Galaxy. In 2001, he was made Author Emeritus by the Science Fiction and Fantasy Writers of America. --This text refers to the paperback edition.

An outrageous adventure across the stars from the master of witty science fiction. --This text refers to the paperback edition.

Robert Sheckley's hilarious SF satire. Douglas Adams said it was the only thing like Hitchhiker's Guide to the Galaxy, written ten years earlier. It's a wonderful thing -- Neil Gaiman

Robert Sheckley is one of the great funny writers -- Douglas Adams

Robert Sheckley is the greatest entertainer ever produced by modern science fiction . . . what a feast of wit and intelligence he lays out -- J.G Ballard

A sort of intergalactic Alice in Wonderland . . . quite remarkably funny, Daily Telegraph --This text refers to the paperback edition.