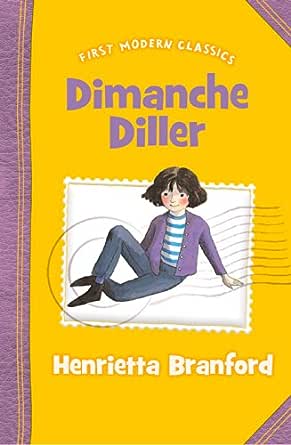 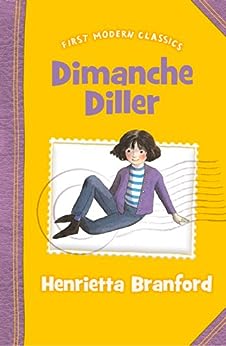 Henrietta Branford was born in India and lived with her husband Paul Carter and three children in Southampton. Her books are all based on people she knew. As well as winning the Smarties Prize for Dimanche Diller, she won The Guardian Fiction Award for her longer novel Fire, Bed and Bone [Walker]. Her other books include the picture book Little Pig Figwort ], Ruby Red, Spacebaby, Spacebaby and the Megavolt Monster [all Collins], The Fated Sky [Walker]. Henrietta Branford died of breast cancer on April 23rd, 1999. The Branford Boase award for a first novel is in memory of Henrietta and her editor at Walker, Wendy Boase who both died in the same year.

‘A galloping story of escape and adventure’ Guardian

Dimanche Diller is a very rich young orphan. Valburga Vilemile is her 'very' wicked guardian, who is determined to get her hands on Dimanche's fortune. Valburga sends Dimanche away on dangerous activity 'holidays'; from abseiling down terrifying rock faces with a broken rope, to cycling down the steepest hill with no brakes. BUT Dimanche is no pushover, not even for the vilest, most evil guardian in the world. Find out how she outwits Valburga in this racy-pacy book. With a plot that twists and turns on every page.

"An extraordinary story with an amazing set of characters."
MICHAEL ROSEN

"A galloping story of escape and adventure."
GUARDIAN