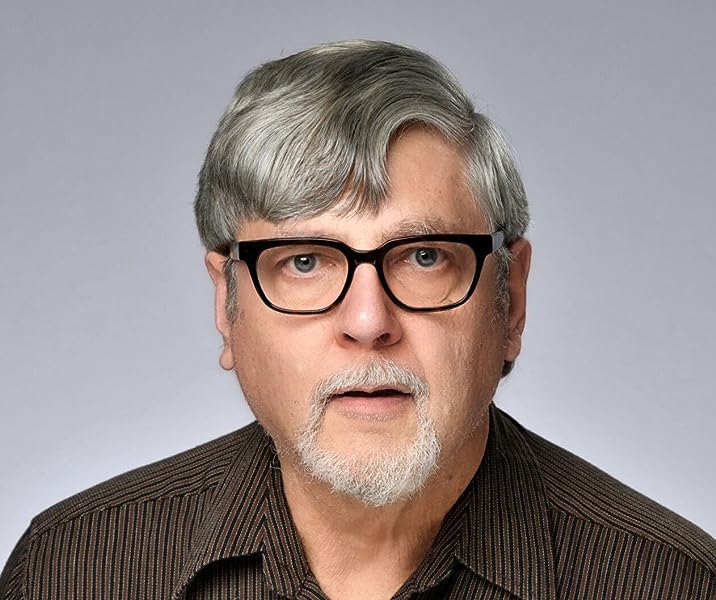 by David D. Busch (Author)
4.3 out of 5 stars 303 ratings
See all formats and editions
Sorry, there was a problem loading this page. Try again.

Digital SLR Cameras & Photography For Dummies has remained the top-selling book on DSLR photography since the first edition was published. Now in its Fifth Edition, itcovers the latest technologies in the world of DSLR cameras and photography to help you master the techniques that will take your digital photography skills to the next level. Written in plain English and complemented with full-color photos, this hands-on, friendly guide covers the mechanics of the camera; exposure, lenses, and composition; how to capture action, portrait, and low-light shots; editing and sharing images; tips for improving your digital photography skills; and much more.

Digital SLR cameras offer the mechanisms and flexibility of traditional pro-level cameras with the instant results and output of digital cameras. If you're a proud owner of a DSLR camera and want to take stunning shots that were once only achievable by the pros, this is the guide you need. Written by one of the most recognized authors in digital photography, this accessible resource makes it fast and easy to start capturing professional-quality photos.

If you're interested in capturing more than just a "selfie" and truly want to hone the craft of digital SLR photography, Digital SLR Cameras and Photography For Dummies sets you up for success.

David D. Busch is one of the most recognized authors in digital photography. His four editions of Digital SLR Cameras & Photography For Dummies have combined to sell over 300,000 copies. Prior to becoming a full-time author, David was a professional photographer and photojournalist.

This bestselling guide covers the latest technologies and techniques that will help you snap digital photos like a pro. Written in plain English and illustrated with full-color photos, this hands-on, friendly guide makes it easy to take your dSLR photography skills to the next level.

Open the book and find:

This bestselling guide covers the latest technologies and techniques that will help you snap digital photos like a pro. Written in plain English and illustrated with full-color photos, this hands-on, friendly guide makes it easy to take your dSLR photography skills to the next level.

Open the book and find:

David D. Busch is one of the most recognized authors in digital photography. His four editions of Digital SLR Cameras & Photography For Dummies have combined to sell over 300,000 copies. Prior to becoming a full-time author, David was a professional photographer and photojournalist.

Read more
Start reading Digital SLR Cameras & Photography For Dummies on your Kindle in under a minute.

Most of his hugely successful books for Nikon, Canon, Sony, Pentax, Olympus, and Panasonic digital cameras are the top-selling guidebooks for their respective camera models. His advice has been featured on NPR's &quot;All Tech Considered.&quot;

Busch's dozens of other books devoted to digital photography include David Busch's Digital Infrared Pro Secrets and Mastering Digital SLR Photography. As a roving photojournalist for more than 20 years, he has illustrated his books, magazine articles, and newspaper reports with award-winning images. Busch has operated his own commercial studio, suffocated in formal dress while shooting weddings-for-hire, and shot sports for a daily newspaper and upstate New York college. His photographs and articles have been published in magazines as diverse as PhotoGraphic, Popular Photography &amp; Imaging, The Rangefinder, The Professional Photographer, and hundreds of other publications. He's also reviewed digital cameras for CNet Networks and Computer Shopper.

As a writer, photographer, and contributing editor for ten magazines, he has more than 130 books and 2500 articles to his credit. A PR consultant for Eastman Kodak Company's photography divisions for nearly 20 years, Busch has published photography articles under his by-line in Popular Photography &amp; Imaging, PhotoGraphic, The Rangefinder, The Professional Photographer and other photo magazines. His photos have appeared on the covers of magazines, and in both print and television advertising.

The graduate of Kent State University operated his own photo studio and was a principal in CCS/PR, Inc., one of the largest public relations firms based in San Diego, working on press conferences, press kits, media tours, and sponsored photo trade magazine articles. In addition to Kodak, CCS photography clients included Hewlett-Packard. He sold his interest in CCS in 1992 to become a full-time author, photographer, and reporter.

Since then, Busch has become one of the leading photojournalist/authors in the United States. He has had as many as five books appear simultaneously in the Amazon.com Top 25 Digital Photography Books, and when Michael Carr of About.com named the top five digital photography books for beginners, the #1 and #2 choices were his Digital Photography All-in-One Desk Reference for Dummies and Mastering Digital Photography. Several of his digital imaging books have sold in excess of 50,000 copies.

His work has been translated into Arabic, Spanish, Chinese, Japanese, Portuguese, Bulgarian, German, Italian, French, and other languages. his web site is http://www.dbusch.com.

4.3 out of 5 stars
4.3 out of 5
303 global ratings
How are ratings calculated?
To calculate the overall star rating and percentage breakdown by star, we don’t use a simple average. Instead, our system considers things like how recent a review is and if the reviewer bought the item on Amazon. It also analyses reviews to verify trustworthiness.

Kindle Customer
1.0 out of 5 stars Not a happy beginner
Reviewed in the United Kingdom on 18 May 2020
Verified Purchase
The reviews stated that this was suitable for photography beginners and that the first chapter was about how to choose your new digital SLR instead it went on about other types of camera and what they couldn't do. In the chapter one section headed 'shutter lab's went on "In years past the number one question I got from new digital photographers was "" What can I do about shutter lag? "" - I challenge any new photographers to even know what shutter lag is. I have just bought a digital SLR and was hoping the book might tell me how best to use it also to confirm my choice of the type of dSLR. It appears that David Busch is happy to throw words at the page whether or not they are informative to his audience.
Read more
6 people found this helpful
Report abuse

Shirley
4.0 out of 5 stars Great book
Reviewed in the United Kingdom on 8 February 2020
Verified Purchase
Easy to understand and clearly written
Read more
One person found this helpful
Report abuse

SJB Russell
3.0 out of 5 stars Not for me as a total beginner
Reviewed in the United Kingdom on 9 March 2019
Verified Purchase
There is nothing as good as going on a course for beginners. Book is a good reference.
Read more
2 people found this helpful
Report abuse

Gypsy
5.0 out of 5 stars very interesting and educational
Reviewed in the United Kingdom on 14 September 2019
Verified Purchase
exactly what i ordered,. well pleased ,.thankyou
Read more
One person found this helpful
Report abuse

MR J
5.0 out of 5 stars Quick delivery
Reviewed in the United Kingdom on 12 April 2019
Verified Purchase
Gave as a gift
Read more
Report abuse
See all reviews
Back to top
Get to Know Us
Make Money with Us
Let Us Help You
And don't forget:
© 1996-2021, Amazon.com, Inc. or its affiliates