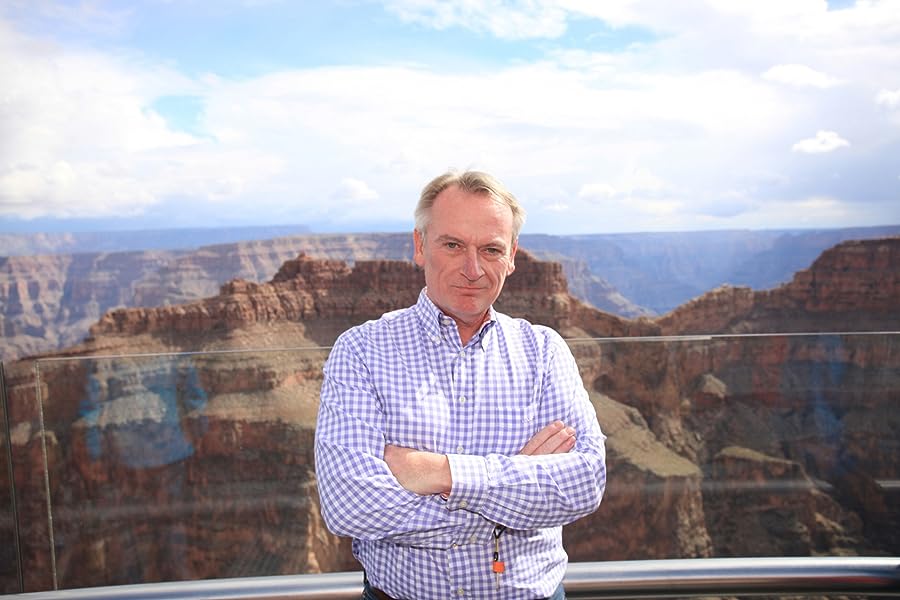 by Chris Skinner (Author)
4.3 out of 5 stars 70 ratings
See all formats and editions
Sorry, there was a problem loading this page. Try again.

Digital Bank tracks the innovations in banking and how the mobile internet is changing the dynamics of consumer and corporate relationships with their banks. The implication is that banks must become digitised, and that is a challenge as becoming a Digital Bank demands new services focused upon 21st-century technologies. Digital Bank not only includes extensive guidance and background on the digital revolution in banking, but also in-depth analysis of the activities of incumbent banks such as Barclays in the UK and mBank in Poland, as well as new start-ups such as Metro Bank and disruptive new models of banking such as FIDOR Bank in Germany. Add on to these a comprehensive sprinkling of completely new models of finance, such as Zopa and Bitcoin, and you can see that this book is a must-have for anyone involved in the future of business, commerce and banking. 'This is an up-to-the-minute look at the challenges banks face as the information age goes into overdrive.' Michael Mainelli, Emeritus Gresham Professor of Commerce, Gresham College, London 'A true vision of a rapidly changing world where industry-standard assumptions fall to pieces.' Roy Vella mobile services expert, speaker and entrepreneur 'In Digital Bank, Chris Skinner shows why he is considered the foremost financial industry scholar. As the banking world is being transformed from a world of branches to digital financial experiences, with new partnerships, new forms of commerce and even new currencies, Chris captures the scope and impact of these changes in an easy-to-read format. While nobody can be sure exactly how all these changes will impact tomorrow's financial landscape, Chris combines his perspectives with interviews of some of today's most innovative Fin Tech leaders into a book that no traditional or digital banker should ignore.' Jim Marous senior vice president, New Control 'Chris has added tremendously to the conversation with this book and I highly recommend it.' Brett King, author of Bank 2.0 and founder of Moven
Read more
Previous page
Next page

"This is an up-to-the-minute look at the challenges banks face as the information age goes into overdrive." - Michael Mainelli, Emeritus Gresham Professor of Commerce, Gresham College, London - -

Chris Skinner is best known as an independent commentator on the financial markets through the Finanser (www.thefinanser.com) and Chair of the European networking forum The Financial Services Club, which he founded in 2004. He is the author of ten books covering everything from European regulations in banking through the credit crisis to the future of banking, and is a regular commentator on BBC News, Sky News and Bloomberg about banking issues. More can be discovered about Chris here: http://thefinanser.co.uk/fsclub/chris-skinner/
Start reading Digital Bank: Strategies to launch or become a digital bank on your Kindle in under a minute.

Chris Skinner is known as an independent commentator on the financial markets and fintech through his blog, the Finanser.com, as author of the bestselling books Digital Bank, ValueWeb and its new sequel Digital Human. ValueWeb describes the impact of Fintech and how mobile and blockchain technologies are changing the face of finance in building an internet of value. As a result of the emerging internet of value, banks have to become digitalised, and Digital Bank provides a comprehensive review and analysis of the battle for digital banking and strategies for companies to compete. Digital Human, released in March 2018, builds on these two themes but looks at the wider picture of digitalisation, and how this is a revolution as it allows everyone from the plains of Africa to the mountains of Tibet to be included.

Described by Seth Wheeler, Brookings Guest Scholar and Former Special Assistant to the President for Economic Policy at the White House, as “one of the most authoritative voices on Fintech anywhere”, Chris has previously written many books covering everything from European regulations in banking through the credit crisis to the future of banking.

In his day job, he is Chair of the European networking forum The Financial Services Club and Nordic Finance Innovation, as well as being a Non-Executive Director of the Fintech consultancy firm 11:FS, and on the advisory boards of various firms including B-Hive, Bankex, empowr, IoV42, Innovate Finance, Life.SREDA, Moven, Meniga, Pintail, Project Exscudo and the Token Fund.

4.3 out of 5 stars
4.3 out of 5
70 global ratings
How are ratings calculated?
To calculate the overall star rating and percentage breakdown by star, we don’t use a simple average. Instead, our system considers things like how recent a review is and if the reviewer bought the item on Amazon. It also analyses reviews to verify trustworthiness.

Amazon Customer
2.0 out of 5 stars lacking substance
Reviewed in Italy on 16 October 2016
Verified Purchase
the book was written in a palatable way, but never got around to the point of things. I should have stopped reading at the first line of the intro where the author states he wanted to call the book data wars. Neither title fit.
Read more
Report abuse
See all reviews
Back to top
Get to Know Us
Make Money with Us
Let Us Help You
And don't forget:
© 1996-2021, Amazon.com, Inc. or its affiliates