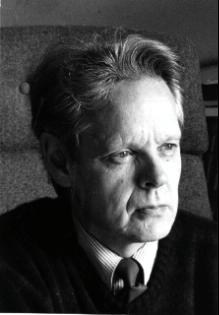 Lucius Schoenbaum
5.0 out of 5 stars Helgason Differential Geometry
Reviewed in the United States on 24 January 2012
Verified Purchase
I'm not qualified to say much about this book, but I think it's excellent and thought it deserved a higher amazon rating. Besides being remarkably clear (much like the cold air of Helgason's home country of Iceland), I think it's a great, wonderful bridge between the original works in Lie theory and the more basic textbook treatments of DG and Lie theory out there (Warner, do Carmo, Lee, ...), many of which are quite good. It is filled with references and citations to original papers (some by the author) and is perhaps more connected to the historical genesis of the subject than other textbooks.

Physics Student
2.0 out of 5 stars Very confusing to someone new to the material
Reviewed in the United States on 1 December 2011
Verified Purchase
Previous reviewers have praised this book for its precision and logical coherence, and these are accurate assessments, but not the whole story. When using this book for a course in Lie Groups, taught by Professor Helgason himself, I found this book severely lacking. Take for example Chapter I, which covers some basic differential geometry. The definition of a tangent vector is the standard algebraic definition (as derivations of functions on the manifold). This in itself is fine, but figuring out why such a strange looking object actually corresponds to the intuitive notion of a tangent vector is not explained. This caused me a great deal of confusion. Another example is that the section on affine connections is literally two pages long and, unsurprisingly given its brevity, devoid of insight. For comparison, in a differential geometry class I took, we spent a week or so on affine connections. Another telling example is that most of the exercises have solutions in the back, but even after reading the "solution," it often took me more than a few hours to solve a problem.

As one reviewer said, this is a graduate text, so a certain amount of mathematical maturity and background is expected. My complaint is that if you have the maturity and background to reasonably understand the text, then you probably didn't need to read the text in the first place. To someone who already knows differential geometry and wants to get another perspective, or needs to jog his memory, I am sure Helgason's treatment is fine, though.

Overall, I found the book very confusing, since it is very terse, does not give examples or even explain the intuition or context behind a slew of definitions and theorems, and assumes what I think is an unreasonable amount of background and mathematical maturity. Also, I found many of the proofs hard to follow. To those not already comfortable with the material, I suggest turning elsewhere. In particular, I have found Warner Foundations of Differentiable Manifolds and Lie Groups very good for understanding much of the material in Helgason on Lie Groups and manifolds.

(As a disclaimer, I have only read chapters I and II since that is what we covered, but I suspect the style does not differ significantly between other parts of the book.)
Read more
7 people found this helpful
Report abuse

Roger Bagula
2.0 out of 5 stars Semisimple( Simple)->Bad
Reviewed in the United States on 13 May 2007
Verified Purchase
I certainly hate being cheated.
This book is advance as a textbook for a course in Lie Algebra.
I can picture the man who wrote this book lecturing to the future great minds of MIT
and putting them to sleep.
The fellow is the worst sort of pedant.
On page one he mentions one of the more difficult theorems in modern Mathematics,
De Rham's theorem, then drops it like it was too hot to handle.
On page three he introduces Hausdorff's difficult separation axiom
without any explanation at all.
Throughout the book he beats you over the head with terms like "module"
without adequate definition or explanation of terms.
He literally expects you to have learned
what he is supposed to be teaching
before you take his course?
In short , anyone taking the course with this book as a text book
will be hunting for a good text on Lie Algebra Semi-Simple Lie Algebras and Their Representations (Dover Books on Mathematics)   Lie Groups, Lie Algebras, and Some of Their Applications
and differential geometry,
since this one is entirely unreadable,
even by those who know and love the subjects.
Read more
7 people found this helpful
Report abuse
See all reviews
Back to top
Get to Know Us
Make Money with Us
Let Us Help You
And don't forget:
© 1996-2021, Amazon.com, Inc. or its affiliates