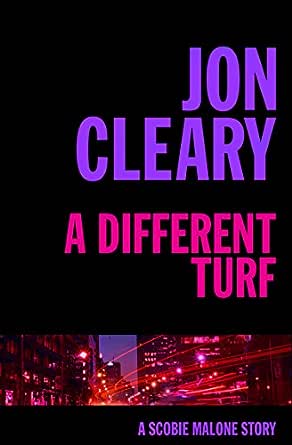 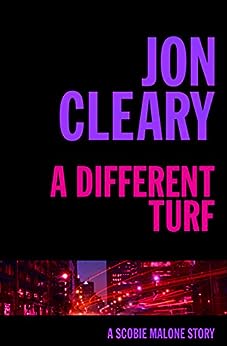 The new Scobie Malone novel, in which award winning writer Jon Cleary vividly portrays the struggle against crime and social prejudice on the streets of Sydney.

Homicide detective Scobie Malone returns to tackle one of his biggest cases yet: in the gay community of Sydney, where 'gay bashings' are a daily occurrence, someone has taken the law into their own hands and is eliminating the culprits. To make matters more confusing, each shooting appears to have been done by a different person.

Whoever it is, as they clock up murder after murder Malone realises that he is dealing with an intelligent, highly dangerous killer who is as elusive as he is deadly. At the same time, this difficult case is causing tension within the force as prejudices of all kinds – race, creed, colour and sexual inclination – rear their ugly heads.

It's bad enough that the killer seems to be one step ahead, constantly protected by the gay network who are refusing to cooperate, but when Malone's own precious daughter has a near escape, his determination to crack the case and the killer's identity intensifies, while he tries to remain professional.

A tense, topical and compulsive novel, 'A Different Turf'brings to the surface some important social issues as well as spinning an intriguing mystery, guaranteed to keep Scobie Malone's fans hooked.

Jon Cleary is the author of over forty novels, most recently including 'Endpeace' and, in the 'Four Seasons 'series, 'Dark Summer, Bleak Spring, Autumn Maze' and 'Winter Chill'. In 1995 he was awarded the Inaugural Ned Kelly Award for his lifetime contribution to crime fiction in Australia. He lives in Sydney, Australia.

"Moves swiftly and expertly on to a reasoned conclusion … his touch is still firm and expressive."
OXFORD TIMES

"The business of a novelist is to tell a story. Jon Cleary has that talent in abundance"
SUNDAY EXPRESS

Jon Cleary has been writing for sixty years. His novels have received world-wide acclaim and sold over 8 million copies. The author of fifty novels, including the famous SUNDOWNERS, his most recent stories have featured likeable family man Detective Scobie Malone. In 1995 he was awarded the Inaugural Ned Kelly Award for his lifetime contribution to crime fiction in Australia.

‘The business of a novelist is to tell a story. Jon Cleary has that talent in abundance’
Sunday Express

‘Jon Cleary’s writing has lost none of its youth, enthusiasm and ability to fascinate’
Daily Telegraph, Australia

‘The business of a novelist is to tell a story. Jon Cleary has that talent in abundance’ SUNDAY EXPRESS

‘Cleary is a national literary institution… If Australia has a crime writer who deserves to be spoken of in the same breath as Ed McBain, Ruth Rendell, and P.D James, then it is Cleary’ SYDNEY MORNING HERALD

3.4 out of 5 stars
3.4 out of 5
6 global ratings
How are ratings calculated?
To calculate the overall star rating and percentage breakdown by star, we don’t use a simple average. Instead, our system considers things like how recent a review is and if the reviewer bought the item on Amazon. It also analyses reviews to verify trustworthiness.

R H Warwick
3.0 out of 5 stars A Different type of book of Jon Cleary
Reviewed in the United Kingdom on 23 July 2017
Verified Purchase
First Jon Cleary book I've read, and was slightly not sure what it was going to be like
Read more
Report abuse

Paul Warwick
5.0 out of 5 stars Great Cleary
Reviewed in the United States on 20 February 2016
Verified Purchase
This is an older story from Cleary but one of his best. His ability to weave social commentary into this stories has always been his genius. A great Australian writer if not the best in my opinion
Read more
Report abuse

Jo Clark
5.0 out of 5 stars Five Stars
Reviewed in the United States on 23 December 2014
Verified Purchase
Excellent
Read more
Report abuse
See all reviews
Back to top
Get to Know Us
Make Money with Us
Let Us Help You
And don't forget:
© 1996-2021, Amazon.com, Inc. or its affiliates