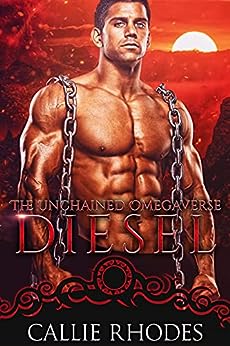 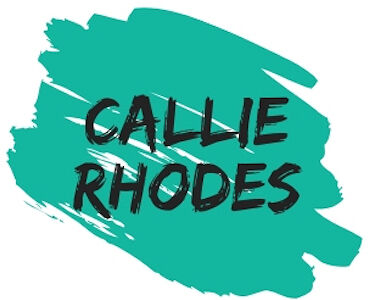 by Callie Rhodes (Author) Format: Kindle Edition
See all formats and editions
Sorry, there was a problem loading this page. Try again.

He was battered but not broken.

Diesel barely escaped one hellhole with his life…only to be captured again and forced into an underground fight ring. Nursed back to health by the only tender soul he’s ever met, every day a little more of his strength returns, and he burns, not only for revenge, but also to claim the only woman brave enough to stand by his side.

She was damaged but not defeated.

Ruby never saw an alpha in the flesh before her brothers brought one home in the back of their truck in chains. Even battered, bound, and unconscious she can sense the awesome power running through the massive man’s body. She feels the pull to help him from somewhere deep in her soul, but she fears the price she’ll have to pay.

Once there were boundaries…but now that their chains are broken, these alphas refused to be contained.

Diesel is the third book in The Unchained Omegaverse, a hot new ABO romance series featuring knotting, heats, and possession. Wear gloves, cause this sh*t is hot.

Ever since she was little, Callie Rhodes’ imagination has been landing her in trouble. From daydreaming about far off worlds in class, to escaping into the made up stories of her mind in the meeting room, she’s been creating tales to take her away from the real world for as long as she can remember. Now she lives among the tall trees of Northern California, and has found a way to make a living off her fantasies.

4.5 out of 5 stars
4.5 out of 5
330 global ratings
How are ratings calculated?
To calculate the overall star rating and percentage breakdown by star, we don’t use a simple average. Instead, our system considers things like how recent a review is and if the reviewer bought the item on Amazon. It also analyses reviews to verify trustworthiness.

There are 0 reviews and 38 ratings from Australia

Cat
4.0 out of 5 stars Good
Reviewed in the United Kingdom on 12 October 2021
Verified Purchase
I really liked Diesel. The alphas who are enthusiastic from the start are always my favourite.
Ruby's character was a bit frustrating. She's described as intelligent and kind, but then makes stupid, selfish mistakes. I think the plot could have been tweaked to fit her character better, but it probably would have come at the price of losing a sex scene. Personally, I would have preferred that.
It was great to see a previous omega/alpha pair again. I've missed the sense of community that came with the boundarylands series.
Read more
Report abuse

01dennissc
5.0 out of 5 stars Love this series
Reviewed in the United Kingdom on 10 October 2021
Verified Purchase
Another great book in this series, I loved the characters and couldn't put it down. Steamy scenes well written and gripping
Read more
Report abuse

Mehndi masala
5.0 out of 5 stars another great story by one of my fave authors!
Reviewed in Canada on 5 October 2021
Verified Purchase
This authors take on alpha/omega verse And the world she’s created is truly one of my all-time favorites! I’ve read every book in the series and many of them twice. It has passion, love, hot and steamy and angst-y! Although I think this may still function as a standalone quite well it really pays to go back and start at the beginning and even hitting up the boundarylands series by Callie Rhodes. Another win and I’m already dying for the next book just like I always am!
Read more
One person found this helpful
Report abuse

Jennifer
3.0 out of 5 stars A somewhat enjoyable omegaverse romance.
Reviewed in the United States on 6 October 2021
Verified Purchase
I have to admit that this is my least favorite novel by Callie Rhodes that I have read so far. I really felt for the heroine and felt like she was deeply sympathetic until the evolution of the plot and ramping up of the stakes depended on the heroine making foolish, illogical choices. I personally cannot stand when that happens in a romance novel, because it feels like lazy plotting and characterization to me. However, this was the first novel I have read by the author so far that took that frustrating shortcut, so hopefully, the next novel in the series will be back up to the author’s usual high standards.
Read more
2 people found this helpful
Report abuse

Kindle Customer
5.0 out of 5 stars Another inventive installment
Reviewed in the United States on 20 October 2021
Verified Purchase
I've read all the Boundaryland and Unchained Omegaverse books out. This latest story was everything I've come to hope for and expect from Callie Rhodes. The premise for each of the series' installments has the same Omegaverse rules, but the tale varies in wonderfully surprising and diverse manners. Diesel is no exception.
Possibly my favorite from the Unchained books, the H & h are well-developed while the plot takes some surprising twists and turns. I loved the connection between them. I loved the visceral feel and the consistency of their developing relationship.
Knowing that there is always an HEA, I still felt the suspense when it seemed there would be none.
Diesel displayed all of the characteristics I've come to know and love about the Alphas. The brothers certainly displayed the diversity (and cowardice) so often seen in beta males. Ruby was a delightfully complex and likeable heroine. It was easy to feel both protective of her and empathy for her.
All said and done, 5 stars for Diesel. I'd also recommend reading the others... you won't be sorry! 😉
Read more
Report abuse
See all reviews
Report an issue
Does this item contain inappropriate content?
Report
Do you believe that this item violates a copyright?
Report
Does this item contain quality or formatting issues?
Report