Died in the Wool (A Knit & Nibble Mystery Book 2) and over 1.5 million other books are available for Amazon Kindle . Learn more
Share <Embed> 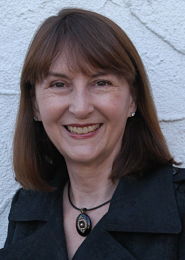 Page 1 of 1 Start overPage 1 of 1
Previous page
Next page
Start reading Died in the Wool (A Knit & Nibble Mystery Book 2) on your Kindle in under a minute.

When a murder shocks picturesque Arborville, New Jersey, Pamela Paterson and her Knit and Nibble knitting club suddenly find themselves at the center of the investigation-as suspects . . .

Peggy Ehrhart is a former English professor who lives in Leonia, New Jersey, where she writes mysteries and plays blues guitar.She holds a Ph.D. in medieval literature from the University of Illinois and taught writing and literature at Queens College, CUNY, and Fairleigh Dickinson University, where she was a tenured full professor. Her short stories have appeared in Futures Mystery Anthology Magazine, Crime and Suspense, Flashing in the Gutters, Spinetingler, Crime Scene- New Jersey 2, and Murder New York Style.A longtime member of Mystery Writers of America and Sisters in Crime, Peggy served on the board of MWA New York as head of the Mentor Committee.She was president of Sisters in Crime NY/TriState from 2013 to 2015. Peggy regularly attends mystery-writing conferences and participates in conference panels and also gives talks on mystery fiction at libraries in New York, Connecticut, and New Jersey.

4.5 out of 5 stars
4.5 out of 5
153 global ratings
How are ratings calculated?
To calculate the overall star rating and percentage breakdown by star, we don’t use a simple average. Instead, our system considers things like how recent a review is and if the reviewer bought the item on Amazon. It also analyses reviews to verify trustworthiness.

Nikkib
5.0 out of 5 stars A good, easy to read, cozy mystery...
Reviewed in the United Kingdom on 30 November 2020
Verified Purchase
This is the 2nd in the Knit and Nibble cozy mystery series, set around a knitting craft group and 2 of their members who seem to get themselves involved in solving murders which happen around them!

A lovely, easy to read series, best read in order to ensure continuity.

I've downloaded the next 2 books already to read.

rapid reader
5.0 out of 5 stars A good light-hearted read
Reviewed in the United Kingdom on 28 January 2020
Verified Purchase
Loved this cozy mystery! Amateur sleuthing and knitting talk are just my cup of tea. Slightly too much emphasis on Pamela's wedding china and coffee and toast making, which is true of all three of these books I have read, but still an enjoyable read, and would recommend them!
Read more
Report abuse

Kindle Customer
4.0 out of 5 stars Second in the series
Reviewed in the United Kingdom on 27 June 2019
Verified Purchase
Once again Pamela and Bettina try to solve a murder in Arbourville. Once again a great story about everyday life in a town where murder just happens to involve the local knitting group. I look forward to reading more of this series in the future,
Read more
Report abuse

Cynthia Furney
5.0 out of 5 stars Read all in the series
Reviewed in Canada on 5 September 2020
Verified Purchase
Great read as part of a great series
Read more
Report abuse
See all reviews
Back to top
Get to Know Us
Make Money with Us
Let Us Help You
And don't forget:
© 1996-2021, Amazon.com, Inc. or its affiliates