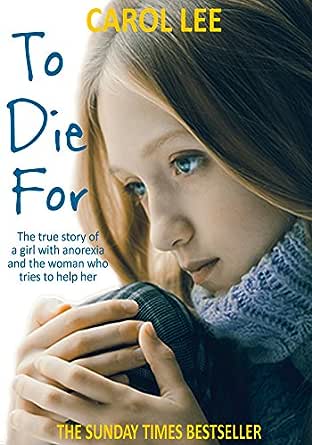 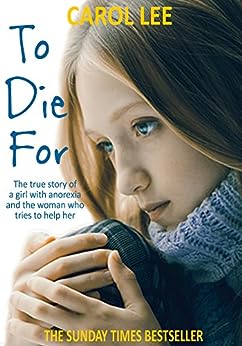 To Die For: The true story of a girl with anorexia and the woman who tries to help her Kindle Edition

‘A moving account of one woman’s struggle with anorexia.’ THE INDEPENDENT

The compelling real life story of a young woman, Emma’s, struggle with anorexia and bulimia, author Carol Lee’s gripping account tells of her attempts to help Emma confront her illness and come to terms with its origins. Interwoven with Carol’s words, Emma’s diary entries reveal the anger and hurt beneath her fragile surface and show how the power of trust helps bring her back to life.

‘This is the story of my god-daughter, Emma’s, battle with anorexia and bulimia which began a few weeks after her fifteenth birthday and which lasted at its fiercest for around five years.

Over this span, in the acute part of her illness, Emma’s weight went from just over five and a half to almost fourteen stone three times, in three long loops. But an invisible see-saw was swinging inside her from long before.’

The Sunday Times bestseller, formerly serialised in the Mail on Sunday.

More praise for To Die For:

‘Fascinating … Anorexia is one of the most perplexing and misunderstood illnesses around.’ BELLA

‘A painfully honest chronicle of the effects of anorexia on both the sufferer and those closest to her.’ SCOTTISH DAILY RECORD

‘The secret of the book’s success is Carol’s clear-eyed, straight-talking honesty.’ HAMSTEAD AND HIGHGATE EXPRESS

‘… moving account of the author’s relationship with her god-daughter Emma, and her long and terrifying battle with anorexia.’ 69 MAGAZINE

Pamela Bell
4.0 out of 5 stars Insight into a destructive disease.
19 September 2018 - Published on Amazon.com
Verified Purchase
An interesting story about an older friend's ability to help a young girl with anorexia. There were times when I cringed at what the helper wanted her to do (like complete an art course or uni course when the mentally ill girl was obviously not coping with very much in life). But all in all, the sick girl pulled herself out of the morass of her insecurities and self-obsession and was able to thank her helper for the part she played. Interesting also because the anorexic girl's diary notes give us an insight into how she thought about the world, herself and her disease.
Read more

Kindle Customer
3.0 out of 5 stars Why
20 March 2017 - Published on Amazon.com
Verified Purchase
This story about Emma a teenager who has a eating disorder.This one woman gave her the extra love she was not getting from her mom and took care of Emma
Read more
Go to Amazon.com to see all 2 reviews 3.5 out of 5 stars
Get FREE delivery with Amazon Prime
Prime members enjoy FREE Delivery and exclusive access to movies, TV shows, music, Kindle e-books, Twitch Prime, and more.
> Get Started
Back to top
Get to Know Us
Make Money with Us
Let Us Help You
And don't forget:
© 1996-2020, Amazon.com, Inc. or its affiliates