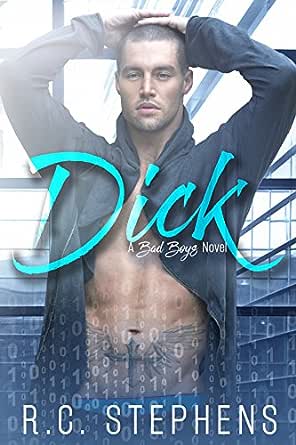 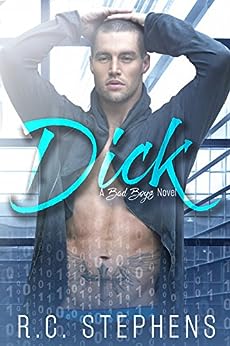 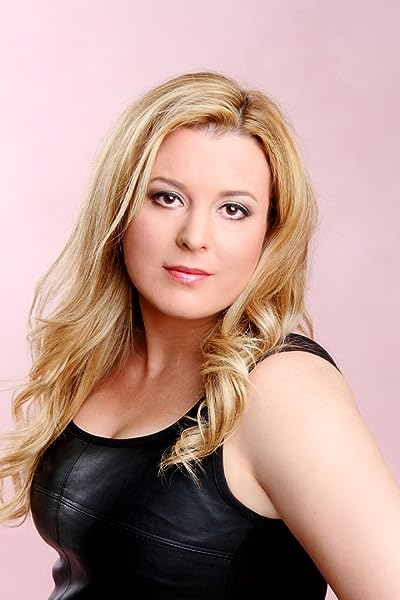 R.C. Stephens was born in Toronto, Canada. She graduated from York University with a Master's Degree in Political Science. R.C. is an avid reader, so when she isn't cooking for her clan or on her laptop writing, she's snuggled tight with her Kindle devouring any romance novel she can. She's a fan of drama and suspense but she's also a sucker for a happy ending. Her husband was her first teenage love. They live together with their three children in Toronto. Loving Canadian winters she could never think of living anywhere else. --This text refers to the paperback edition.

Liv
3.0 out of 5 stars An okay read.
Reviewed in Australia on 31 August 2017
The book sounded so promising and I was really excited to read it though it sadly wasn't as good as I'd hoped. It was just an okay read. The characters were interesting at first and made me want to know more about them although after a while they both became kind of dull and changed too much. Eden started out as a strong and confident character and then became shy and amenable. Dick was a cocky womanizer and became a loving and responsible father. Not that those characteristics were bad but it felt like they were such different people from the ones at the beginning and they didn't just develop, it all happened suddenly.

The Story:
Dixon Crawford is known for his reputation with woman, no matter if single or married. Since he is a public person everyone thinks they know the real Dick though he tries to keep some things personal and out of the media.
Eden is Jaden's teacher and knows all about Dick's sleeping around though it's hard for her to believe all that gossip when he's such a caring father and lovely person. When her marriage turns south and Eden needs help she has no other choice but to ask Dick for help.
What happens next was bound to happen.

Thoughts:
I was mad at Eden that she wanted Dick to tell her about his past and his secrets when she would have never told him her secrets. That just wasn't fair of her. Eden annoyed me generally because she once said that she didn't want a billionaire but just a normal man though this was easily said when she had all the money in the world. And Dick wasn't a normal guy anyway.

Some phrases in the book sounded so corny. I also didn't like that some things were mentioned a few times when there was no need to, just once would have been enough. It just felt repetitive and sometimes it was like reading a monotonous soap opera. It was often dragging and I struggled to keep reading. About 80% in it got a bit better again and I made it to the end. The story had a lot of potential but there were just a few things that I liked.

The thing with her mum also happened so fast and almost without emotion. It bothered me because this was a huge thing for Eden and it felt like a walk in the park with a few stones on the way. And afterward she didn't look back and was the same as before as if nothing happened.
There were actually a few events like the one with her mother or something with her husband that happened and just scratched the surface without going deeper. Everything was over and checked off of a list so fast. I wished to read more about what happened with her marriage but her husband wasn't present often in the book and the ending was really abrupt.

I believe that there’s a lot of room for improvement however I would give another book of hers a try.

LilleyLoohLah
3.0 out of 5 stars 3.5 Bad Boy Stars
Reviewed in Australia on 30 November 2016
I loved this story following super rich man whore Dixon "Dick" Crawford and quiet reserved teacher Eden Jenkins. The story and characters had so much potential. Eden is stuck in a loveless marriage to a super rich cheat who has no time for his wife and child. Dick is a divorced father of two who it would seem has slept his way through half of the ladies in the playground. With a reputation for sleeping around, he has no intention of ever settling down and falling in love. When their cute as hell children bring them together, friendship is the way to go........easier said than done, especially considering the attraction they are harbouring for each other. As much as I love the storyline and the characters for some reason I couldn't get invested in the main characters and even felt a bit detached from them. That said it was an enjoyable and addictive read. I was provided with a copy of this book via Goodreads in exchange for an honest review.
Read more
Helpful
Report abuse
See all reviews

Amazon Customer
5.0 out of 5 stars 5stRs
Reviewed in Canada on 2 May 2016
Verified Purchase
Hot hot hot book..... so much to say ideally enjoyed this book,characters,and story line.. would life a second book with theses characters
Read more
Report abuse

Karen Hrdlicka
5.0 out of 5 stars Not Your Typical Story
Reviewed in the United States on 26 April 2016
Verified Purchase
I've read a couple of books by R.C. Stephens and have enjoyed each one, even though they were all vastly different. Dick: A Bad Boys Novel is again unlike anything I've read by her and very different from what I'm reading elsewhere. I love the way the characters' backstories intermingle with each other and the fact that it takes each of them a while to figure it out. Both the main characters have suffered loss and abandonment in their past. For Dixon that altered his entire life, and when it happened in his marriage, the walls he built around his heart were high and thick. For Eden, the abandonment never truly ended, also finding its way into her marriage.
Dixon refuses to let a woman wreck his life again, however his manwhore status is legendary, thus his usual name, Dick because he is often one. He loves his kids without limit and proves to be a good friend to Eden, despite their underlying chemistry. His character is hot, sexy, fun, and loving to those who he considers family. The only bright part of his life was being adopted into his housekeeper's family and finding a brother in Ge. Ma is an wonderfully written character. She's loving and warm as well as speaking her mind when she thinks someone is screwing up.
Eden's had a hard life too and thought her husband would rescue her from her past and the loss she felt at an early age. However, he is not the husband or father she'd hoped he'd be. A chance encounter and neither Eden or Dixon can forget the other. When Dick finds out Eden is his son's teacher, he is intrigued but puts her out of bounds because of his son. But fate and chemistry have other ideas for the couple. The road is more than bumpy for both Dick and Eden, but the end result may be more than either could have wished for.
Read more
4 people found this helpful
Report abuse

PebbLuvsBooks
5.0 out of 5 stars Dick: Great Story!
Reviewed in the United States on 11 May 2016
Verified Purchase
This is the first book I have read by R.C. Stephens and I was not disappointed. I loved the hero and the heroine. They both showed great love and strength and made me believe in happily ever afters. I will be reading more books by this author😀
Read more
One person found this helpful
Report abuse

maggie
4.0 out of 5 stars Dick
Reviewed in the United States on 11 May 2016
Verified Purchase
I liked this story. It had the mystery of both their pasts. The h's "reveal"wasn't that bad. I thought it would've been a lot worse. The H is a soft hearted "dick"...thus the name. He was brutally betrayed and is still suffering the effects.
Read more
Report abuse

Kindle Customer
5.0 out of 5 stars Happily Ever After
Reviewed in the United States on 2 May 2016
Verified Purchase
Boy oh boy what a story!!! I absolutely loved this story of Eden and Dixon! Their personal inner turmoil just broke my heart! I was so glad when they found their HEA amongst each other. This book is, a must read! (By the way, I have found myself a new favorite author too!!
Read more
Report abuse
See all reviews
Back to top
Get to Know Us
Make Money with Us
Let Us Help You
And don't forget:
© 1996-2021, Amazon.com, Inc. or its affiliates