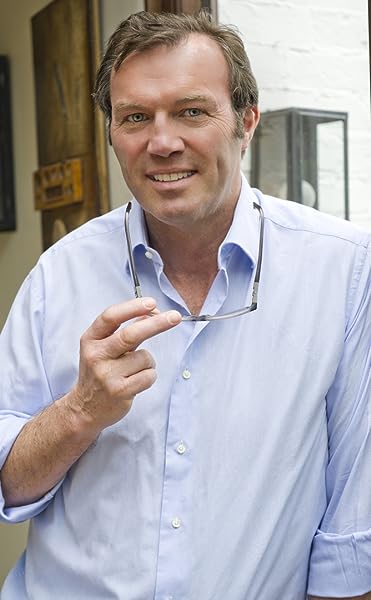 by Andrew Morton (Author)
4.6 out of 5 stars 5,562 ratings
See all formats and editions
Sorry, there was a problem loading this page. Try again.
Read more Read less

"Succeeds in putting Diana's actions in context and presenting a balanced assessment of this indelible figure." "--Publishers Weekly"

Andrew Morton is one of the world's best-known biographers and a leading authority on modern celebrity and royalty. His groundbreaking 1992 biography of Diana, Princess of Wales--written with her full, though then secret, cooperation--changed the way the world looked at the British royal family. Since then, he has gone on to write New York Times and Sunday Times (UK) bestsellers on Monica Lewinsky, Madonna, David and Victoria Beckham, Tom Cruise, Angelina Jolie, and the Duke and Duchess of Cambridge. The winner of numerous awards, he divides his time between London and Los Angeles.
Start reading Diana on your Kindle in under a minute.

4.6 out of 5 stars
4.6 out of 5
5,562 global ratings
How are ratings calculated?
To calculate the overall star rating and percentage breakdown by star, we don’t use a simple average. Instead, our system considers things like how recent a review is and if the reviewer bought the item on Amazon. It also analyses reviews to verify trustworthiness.

NicShef❤️Reading
TOP 10 REVIEWER
4.0 out of 5 stars Her story in her words...
Reviewed in Australia on 11 September 2017
Verified Purchase
This book really tells you everything Diana would want you to know about her life. There is a large portion of the book written by Diana herself, so you get an idea what it was like to have a conversation with her. This book truly tells her story through her eyes. She showed great strength on the outside, while the inside her heart was breaking.

The book was initially written to tell Diana's side of her marital problems. As a response, Prince Charles told his version in the Dimbleby book. The current version of this book has been updated to include the final years of Diana's life.
It was hard to put the book down it was full of interesting and unknown bits of information. A must read if you want the other side of the royal marriage and fairytale. There are some details about Diana's romances, but it really leaves you wanting more.
Read more
2 people found this helpful
Helpful
Report abuse

Rebell
TOP 1000 REVIEWER
5.0 out of 5 stars Amazing
Reviewed in Australia on 20 February 2020
Verified Purchase
I still remember exactly where I was when I learned of her death. I felt like Princess Diana was telling me her story - herself. At times I felt the information was private, intimate. I remember watching Princess Sissi as a kid and as I read this I could see many similarities. It would have been so great to meet her in person.
Read more
Helpful
Report abuse

Barbara L Bell
3.0 out of 5 stars Curious
Reviewed in Australia on 21 February 2021
Verified Purchase
I found the writing was a little amateurish . It did not seem to stream easily and I did not bother to finish it. I was curious because of the publicity her interview caused but I need not have bothered.,
Read more
Helpful
Report abuse

Kindle Customer
5.0 out of 5 stars Amazing Princess, gone but never forgotten
Reviewed in Australia on 2 April 2019
Verified Purchase
What a truly good insight into the very sad life of Diana. So moving. She was an amazing person to have gone through so much saddness in her life and yet did so much for her beloved boys and endless charities. Will always be very thankful for bringing up to incredible sons. Well done Princess Diana.
Read more
Helpful
Report abuse

Author Matthew Robert Payne
5.0 out of 5 stars Amazing book
Reviewed in Australia on 25 March 2021
Verified Purchase
This was an amazing book to hear things in Diana's own words
Read more
Helpful
Report abuse

Julie
5.0 out of 5 stars Great service
Reviewed in Australia on 20 June 2021
Verified Purchase
Super fast delivery, ordered around 9 pm and it was delivered next day about 4 pm I was very impressed with this! The book itself is as described. Very happy
Read more
Helpful
Report abuse

Ruth James
4.0 out of 5 stars Interesting Reading
Reviewed in Australia on 18 July 2017
Verified Purchase
I found this book very interesting. I feel compelled to go on and read other books on the subject of the Royal family.
Read more
Helpful
Report abuse

Amazon Customer
5.0 out of 5 stars Diana’s story
Reviewed in Australia on 14 April 2021
Verified Purchase
I found this book to be very sad
Read more
Helpful
Report abuse
See all reviews

Orchidroom
4.0 out of 5 stars Naive romantic girl marries into the UKs most ruthless establishment
Reviewed in the United Kingdom on 25 January 2018
Verified Purchase
What happened when a sensitive, naive, shy young woman of 19 was plucked from her life by the most influential and feared family in Britain? Unsurprisingly, she became anxious, depressed and started to self-harm. The Palace’s response to this was ridicule and isolation. I guess nowadays that’s no surprise. What I found the really shocking in this book, is the depth that Prince Charles was involved with Camilla, sending her very specific eternal love tokens the week of his marriage to Diana... and that Diana was treated more like a courtesan by him, the Parker-Bowles’ set and the Palace Establishment. It’s a grim read, but a historical ‘must read’ book.
Read more
50 people found this helpful
Report abuse

Leila
5.0 out of 5 stars EXCELLENT
Reviewed in the United Kingdom on 19 August 2018
Verified Purchase
It is Diana's account of a troubled life and how really had she not married into the royal family she would have been better off of that I am certain. BUT both the WINDSORS and the SPENCERS had much to gain from allowing an impressionable teenager to marry a Royal.
We can see fault on all sides, The Royals, Diana reaction toward them when she realized she had been used. To the SPENCERS also but at the end of the day the whole this was tragic for all.
This will never happen again as we have seen the church has less power and those divorced have remarried like Charles and Camilla, Anne and others.
Times have changed. William and Harry have married who they love. In the case of Catherine, she is more than suitable and has proved a perfect partner for her more cautious Prince. They will do well together and are in love and happy together.
Harry deserves to be happy and I hope Meghan is the girl in the long term only time will tell. Meghan appears to be a good fit.
Diana has made this all possible. Whether the WINSORS like it or not DIANA HAS SHAKEN THE CORE OF THE WINDSORS AND HAS LEFT HER MARK.
I admire the QUEEN. She has done a fantastic job as the QUEEN of ENGLAND as did George V and George V1. She has followed on and stayed the course. She had the right character. William also has a steady character. AS for Diana well in 2006 when her divorce came through that was when she needed the steady hand of a Royal Police force because she was like a teenager let free and made fatal mistakes.
Read more
26 people found this helpful
Report abuse

countryloverwiltshire
2.0 out of 5 stars Disappointing read
Reviewed in the United Kingdom on 1 November 2017
Verified Purchase
I bought this for kindle when it was first released but only got round to reading it on a recent holiday. It started off reasonably well, but as the book progressed several things started to annoy me. One that it was repetitive, two it was out of sync and three I started to think it was doing Princess Diana an injustice in that the more you read the more you felt she might have been unbalanced. I felt uncomfortable because she is not here to defend those parts of the book.. The book should surely have been in chronological order but it dapped around all over the show. I found this annoying and frustrating. I found the last sections of the book quite laborious. After reading the book I felt, whether rightly or wrongly, that Prince Charles had never loved her. I hope that is an incorrect assumption because if true it is no wonder the marriage was a failure and Diana would have suffered years of unhappiness. By the end of the page I personally felt a degree of sadness and depression and the words "what a waste" came to mind.
Read more
36 people found this helpful
Report abuse

Barbara Bee
2.0 out of 5 stars What a Travesty!
Reviewed in the United Kingdom on 7 May 2019
Verified Purchase
I always considered Princess Diana to be a spoiled brat with a frequently sour face, like a child that could not get her own way. On reading the first few chapters of this book I don't think I was far out - yet she was to be pitied really. It seems that she was a damaged child long before she came to be married to Prince Charles and her family should never have allowed the marriage to happen. Certainly not without specific grooming for the part at least. She was so desperate to become part of the royal family to fulfil her lifelong wish to be a Princess that she was even prepared to accept that Camilla held the key to Charles' heart. No doubt she thought she could win his love over time but feel pretty sure that as life went on Charles must have found her truly tiresome to be with! Not the Royal Family's fault at all in my opinion. The book itself? So badly written. Childish and repetitive.
Read more
16 people found this helpful
Report abuse

Souro Sircar
4.0 out of 5 stars Big heavy book with a intriguing true story to tell.
Reviewed in the United Kingdom on 29 December 2018
Verified Purchase
This book is quite interesting especially with the fact that it has been constructed using Princess Diana's own words clearly describing the good and bad times she had with the British Royal Monarchy during her life. This book is very big and heavy so weak handed users shouldn't bother buying but nevertheless the photographic illustrations are very clear and the text and sentence are well constructed providing a fascinating true story of the late great Princess of Wales, who is now well expected by the public as 'the people's princess'. Her honesty, care and love especially to her children as well as her strong belief in the well beings of other people of poor low class gave her the well earned respect of the general public. I got this book as a christmas present for my relative who is very curious about Diana and she likes reading this. Although I could of got a kindle version of this at the good price, having a physical book is better as you do not have to reply on using a computer or the interest to read, especially when machines and the web are prone to malfunction occasionally. Great book that is well worth a read of people very curious on this topic.
Read more
11 people found this helpful
Report abuse
See all reviews
Back to top
Get to Know Us
Make Money with Us
Let Us Help You
And don't forget:
© 1996-2021, Amazon.com, Inc. or its affiliates