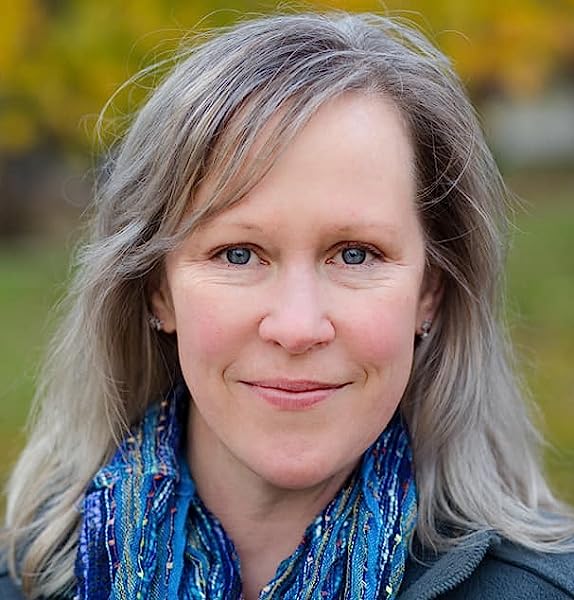 by Amanda Marrone (Author)
4.3 out of 5 stars 13 ratings
See all formats and editions
Sorry, there was a problem loading this page. Try again.

Amanda Marrone grew up on Long Island where she spent her time reading, drawing, watching insects, and suffering from an overactive imagination. She earned a BA in education at SUNY Cortland and taught fifth and sixth grade in New Hampshire. She now lives in Connecticut with her husband, Joe, and their two kids.
Start reading Devoured on your Kindle in under a minute.

Pamela Roach
4.0 out of 5 stars Devoured
Reviewed in the United Kingdom on 11 January 2010
Verified Purchase
Devoured was a really interesting read, and held my attention throughout. The only fault I could give would be it is written in present tense, and it's just not my personal favourite!
Other than that, it is a really charming story loosely following the Snow White fairytale. The characters are really likeable (especially Luke!) and a few are real easy to hate, but in a good way!

Misty Baker
4.0 out of 5 stars Reviewed by Kindleobsessed
Reviewed in the United States on 6 April 2010
Verified Purchase
Everyone loves a Fairytale, it's what we grew up on...stories of Cinderella and her glass slipper, tales of Little Red Ridding Hood and her fight to save her grandmother's life. We relish in the details, little girls spend hours pretending that their handsome prince is right around the corner, but what happens when there is no happy ending? Well, if you have read the original "Brothers Grimm Tales" then you already know, but for the rest of you...just imagine if the handsome prince wasn't so handsome...imagine that after 5 months in the castle Cinderella concluded her new husband was a whack job...imagine if someone decided to twist the stories we grew up loving.

"Amanda Marrone" did exactly that in "Devoured" twisting and turning the story of Snow White in to a whole new tale of desperation and greed.

Megan has a little problem...her sister Remy is a ghost. A very small, very wet, very cranky ghost, who follows "Meggy" everywhere showing her glimpses of dead girls and throwing epic tantrums that cause light bulbs to shatter. Her father is in a coma, her mother spends every waking hour training a dog to dance, and there's a new boy in the mix that turns out to be a "Ghost Whisperer."

After deciding her boyfriend has a little too much freedom, Megan takes a job playing the part of Snow White, in the "Land of Enchantment" amusement park, and while she's ok with fake smiles and dads who tend to grope she's not ok with hiding from approaching death in an oven in the Hansel and Gretel ride.

The writing was fluid and the plot was intriguing, like I said before..."Marrone" took a story we all know and love and flipped it into a full out battle of psycho ancestors and a magic mirror with a warped sense of humor. The ending was a little bit abrupt, but by no means did it affect the story.

There were creepy moments inside a dark tunnel, a drunk mother who loves pink velour, haywire nursing home equipment, bad apples, a very dedicated father willing to do anything for his deranged daughter, hidden graves, and 1 very good reason to never loose your keys.

Overall I liked it... it was nice to see things from a different angle.

MightyMissy
4.0 out of 5 stars Devoured
Reviewed in the United States on 1 January 2010
Verified Purchase
Several others have already given a synopsis of the story and how elements from Snow White are used in this modern day setting. Even with reading the other reviews, I was not prepared for how dark the story became later in the book. Although other young adult novels may have scary sections to them, Devoured dwelt on those sections a bit more than I was expecting (Note to self: Don't read Marrone's books right before bedtime ever again.) As a quick example, I have read other YA novels where the sister's ghost was part of the story and helps by spying on others (or something along those lines) but, among other things, this particular ghost gives the main character visions of a girl with her heart cut out of her chest.

With more dark elements revealed towards the end of the book, coupled with some reference (albeit not too explicit) to sex, and bad words sprinkled throughout, parents of younger teens might want to read it first to decide whether it is appropriate book for their collection. (Or, if you are an adult like me and prefer lighter books in this same genre, there are probably better choices for you.)

I agree with some of the reviewers that I think the book could have been a little longer in order to develop some of the characters further but considering that I kept reading even when I needed to get to sleep, I figure it is worth the cover price. Overall, I thought it was a clever use of the elements of Snow White, a fast read, and certainly kept my attention but it is darker than I would have preferred.
Read more
Report abuse

TOH70
3.0 out of 5 stars good
Reviewed in the United States on 9 March 2018
Verified Purchase
Bought this as a gift, good price
Read more
Report abuse

melissa
3.0 out of 5 stars Snow White with a twist
Reviewed in the United States on 13 February 2010
Verified Purchase
Okay, let me just say, I've read quite a few books by Amanda Marrone and I almost always really like them.

That's why I ordered this book, and I was kind of disappointed. I like the idea of retelling a classic fairy tale, but this one was kind of jumpy. It just seems to me that there should have been more of an explanation for some of the things that happened.

Basically, if you're looking for a quick read - on an airplane, say - get this book. But if you're looking for anything else, skip this one.
Read more
One person found this helpful
Report abuse
See all reviews
Back to top
Get to Know Us
Make Money with Us
Let Us Help You
And don't forget:
© 1996-2021, Amazon.com, Inc. or its affiliates