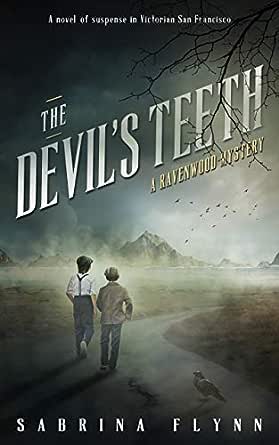 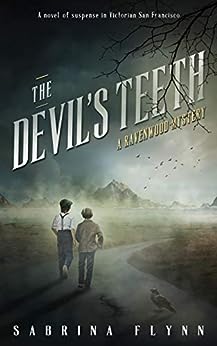 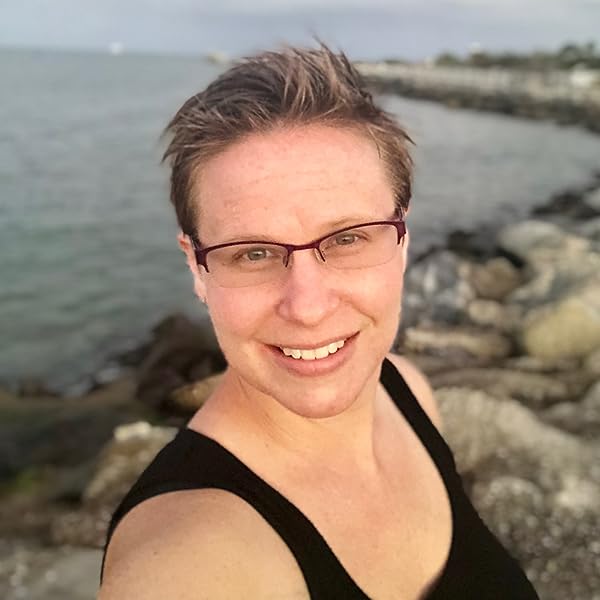 Isobel Amsel is wasting away in an asylum. Mad with boredom, she recklessly risks her future wandering the countryside.  When an excursion nearly turns deadly, Isobel fears one of her enemies is targeting her, but she quickly discovers something far more insidious. The lives of two boys are at stake, and she desperately wishes her partner were by her side.

But Atticus Riot has problems of his own. With Bel sidelined, he’s left juggling an exhausting caseload. His finances are in ruins, his agency is bankrupt, and his daughters are fighting. Then a strange young man shows up at Ravenwood manor, and Riot is thrown in the path of a dangerous rival.

Sue
5.0 out of 5 stars Interesting historical mystery
30 April 2019 - Published on Amazon.com
Verified Purchase
I loved the first 3 Ravenwood mysteries, gave a low rating to the 4th in the series, and now am pleased with number 5 which is the most classic mystery but very complex, with interesting characters, and with heavy psychological tension. Sabrina Flynn has a quirky, individual style to her stories. That offers the reader unique stories, not at all cookie cutter. I'm looking forward to more.

Because the author writes very complex plots with more than one difficulty occurring at a time and with the added foreign languages interspersed all of which are carried forward to the next books, I recommend following this series in sequence.

Note: A tiny detail-someone killed by being lifted above ground and dropped with a rope around neck is hanged, not hung.

JKom
5.0 out of 5 stars Excellent series!
12 August 2019 - Published on Amazon.com
Verified Purchase
This is one of my favorite series. The amount of historical detail about Barbary Coast San Francisco is, as always, astonishing. The characters are eccentric and Flynn really brings them to life without having to resort to the endless barrage of adverbs and adjectives so many less-skilled writers indulge in.

We finally get to meet Isobel and Lotario's parents, who are just as unique as their children. Atticus juggles child-rearing, detecting, trying to keep out of bankruptcy, and going across the Bay to see Isobel, in his usual unflappable way, even as he feels stressed by the many issues pulling at his attention.

The mystery is complex and interesting. I love this series, and can hardly wait for the next book!

Kona305
5.0 out of 5 stars The fifth book in the series doesn't disappoint
4 May 2019 - Published on Amazon.com
Verified Purchase
The fifth book in the series doesn't disappoint, in fact, it grabs you from the first page and compels you to keep reading. Bel and Riot are separated while she is doing her sentence at an asylum and their yearning for each other bleeds onto the page. Both get caught up in complex and potentially disastrous inquiries that challenge their skills and open them to risks that could separate them forever. With intriguing characters and life-changing events, this 5th in the Ravenwood Mystery series is a wonderful page-turner. I can't recommend this series more.
Read more
One person found this helpful

Kindle Customer
5.0 out of 5 stars Delightful, intriguing and on Sherlock Holmes level
29 April 2019 - Published on Amazon.com
Verified Purchase
I think what leaves me in awe of Ms. Flynn's writing is that it effortless. But I know that isn't true for the simple fact that so MANY books are disappointing. Ms. Flynn has some of the most incredibly descriptive characters ( and so many in each book) and her story line is so streamlined, you are captivated immediately.
Read more
2 people found this helpful

SilverMt
5.0 out of 5 stars Intriguing turn-of-the-century mysteries
26 December 2019 - Published on Amazon.com
Verified Purchase
A great addition to a new favorite series!
The fifth installment of the adventures of Atticus and Isobel is another great read!
(Totally recommended: grab the first four while they are available on KindleFree)
Isobel has been sentenced to six months rehabilitation in a secluded asylum, and still manages to get into trouble, while back in the city Atticus deals with problems, small and large.
Looking forward to many more adventures with detectives of all sizes and genders. Absolutely LOVE the authentic historical details!
Added Sabrina Flynn and Ravenwood Mysteries to my favs.
Read more
Go to Amazon.com to see all 28 reviews 4.7 out of 5 stars
Get FREE delivery with Amazon Prime
Prime members enjoy FREE Delivery and exclusive access to movies, TV shows, music, Kindle e-books, Twitch Prime, and more.
> Get Started
Back to top
Get to Know Us
Make Money with Us
Let Us Help You
And don't forget:
© 1996-2020, Amazon.com, Inc. or its affiliates