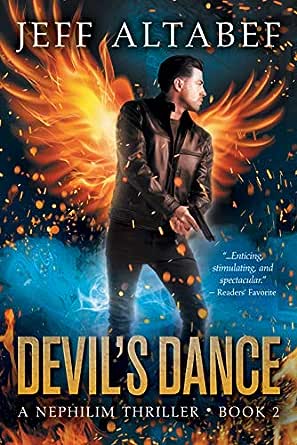 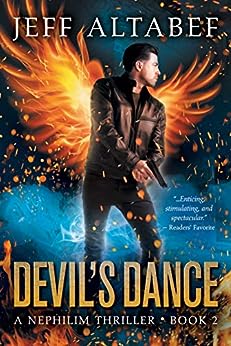 AUTHOR: Jeff Altabef lives in New York with his wife, two daughters, and Charlie the dog. He spends time volunteering at the Writing Center in the local community college. After years of being accused of telling stories, he thought he would make it official. He writes in both the thriller and young adult genres. As an avid Knicks fan, he is prone to long periods of melancholy during hoops season. Jeff has a column on The Examiner focused on writing and a blog on The Patch designed to encourage writing for those that like telling stories.

EDITOR: In addition to a career as a newspaper editor, publisher, and manager, I've written fiction most of my life. The newspaper biz has taken my family and me from Phoenix, Arizona, to small towns in North Carolina and Texas, and from seven years in Washington, D.C., to five years in Asia. Born and raised a small-town kid, I'm as comfortable in Tokyo or Tuna, Texas. I now reside in a small community in Wisconsin where I manage the business operations of a daily newspaper. The variety of places I've lived and visited serve as settings for the characters who invade my head. I also edit fiction and non-fiction books for authors from around the world. It helps that I'm fluent in five languages: U.S. English, U.K. English, Canadian English, and Australian English, plus my native language, Texan.

EDITOR: I love reading. Books have always been a part of my environment and my life. I taught English Literature for many years and my favorite part was watching students find their voice in writing. I edited at Weekly Reader for about a year prior to taking time off to have children. They are now writing their own stories, and reading as many books as their mama! I manage an independent bookstore in Chappaqua, New York called Scattered Books, which is my second home. I travel often with my family, and friends, and always make sure I find the bookstores wherever we go. --This text refers to the paperback edition.

Caroline Doig
TOP 100 REVIEWER
5.0 out of 5 stars Amazing.
Reviewed in Australia on 13 April 2019
A war is coming between the angels and demons and Steven has signed up on the angels side he is a killer but he was told that he would get redemption if he signs with the angels they need more warriors but Steven calls himself a killer. Steven meets up with an old friend who has told him about the murders which have something to do with Peterson Technology, they have been giving these visors out to college students for free they let the wearer live in a virtual game which turns them into killers. Wow another amazing story by Jeff Altabef Bravo Jeff Bravo I have never read anything like these like the Devil’s Den and the Devil’s Dance before ever and I just can’t say enough good things about these two stories I only wish that I could give them 10 ⭐️ each they totally deserve it and I highly recommend this book it’s definitely well worth the read.
I received a copy of this book from Booksprout and I voluntarily leave my review.
Read more
Helpful
Report abuse
See all reviews

Emily Pennington
5.0 out of 5 stars Outstanding Book !!!
Reviewed in the United States on 9 April 2019
Verified Purchase
The “Great Struggle” is coming — a war between angels and demons for humanity’s future. Steven Cabbott, a Nephilim whose father was a fallen angel and mother was human, has chosen to fight on the side of the angels, despite his past history and fondness for killing. He also likes to keep on the move to avoid being tracked down by demons, so buses make the most sense, giving the ability to meander around the country with random destinations. But this time Steven feels compelled to take a specific bus, even to the point of waiting additional hours for it to leave and putting himself at greater risk of exposure. An anti-technology stranger on the bus sat next to him and drew his attention to most of the passengers who were wearing one of the new Peterson Technology entertainment visors connected into the cloud. They were totally unaware of their surroundings, seeking instead a fantasy world to avoid the stark reality of the “here and now”, like living in a virtual video game. What is alarming is that the company is giving the visors away to everyone for free. They also run Peterson University where they train the next generation of researchers and workers. Steven looks over at Hank and sees a brief blue light flicker in his eyes, a sign of angels and those working with them.

Apparently Hank’s purpose on the bus was to make sure Steven got off the bus at the small town of Peterstown. He also tells him that people have started to go missing in the town. Steven wanders into the town and goes inside a bar. He knows this is the right place to be, because he reconnects with an old Army buddy, Joe, he hasn’t seen for a long time.

It doesn’t take long before Steven finds out that there is demonic evil in the small town. He and a small group of town residents have a huge challenge trying to deal with the Peterson Technology company which has been developing products to make college students become mindless, raging killers. The war has begun! Will Steven, Hank, and good people be enough to defeat the evil that has been quickly spreading?

I really enjoyed this book. The author does an amazing job of painting a mental picture of the scene to immediately capture the reader’s interest and make it easier to envision what is going on. In the same way, the reader gets a vivid impression of the characters that give an immediate like or dislike of the person without having had a list of details provided. Without even realizing it, the reader has visualized the characters and their attributes, either good or bad – take note of this as you meet Conrad Peters, for example. It’s an amazing way to make the characters come alive and remain memorable. Very impressive style! The fast pace of the story makes this an easy, satisfying read – don’t miss this one!
Read more
One person found this helpful
Report abuse

Nancy A Clark
4.0 out of 5 stars Thrills and action.
Reviewed in the United States on 22 January 2020
Verified Purchase
Thrills and action abound in this book. Humans fighting demons, and their humanity. A nephilum fighting for the will of God. Companies driving people to seek something "better" than reality. A complex story that doesn't disappoint!
Read more
Report abuse
See all reviews
Back to top
Get to Know Us
Make Money with Us
Let Us Help You
And don't forget:
© 1996-2021, Amazon.com, Inc. or its affiliates