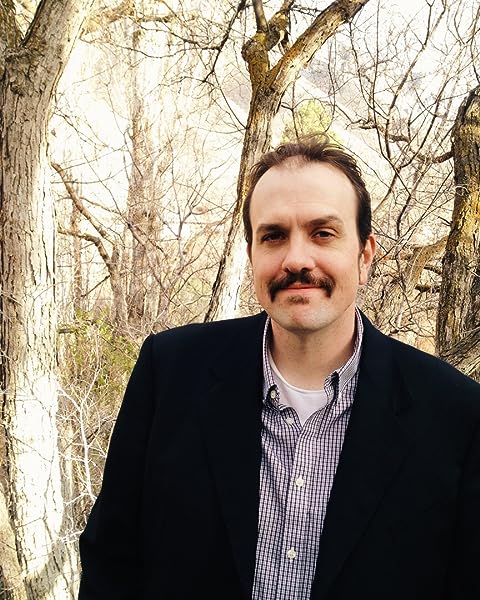 by D. J. Butler (Author)
4.5 out of 5 stars 2 ratings
See all formats and editions
Sorry, there was a problem loading this page. Try again.

D.J. Butler (Dave) is a novelist living in the Rocky Mountain northwest. His training is in law, and he worked as a securities lawyer at a major international firm and in house at two multinational semiconductor manufacturers before taking up writing fiction. Dave writes speculative fiction for all audiences. In addition to his steampunk, urban fantasy, and science fiction novels published with Wordfire Press, he has a forthcoming steampunk fantasy series to be published by Knopf. Look for The Kidnap Plot in spring of 2016. Dave is a lover of language and languages, a guitarist and self-recorder, and a serious reader. He is married to a powerful and clever woman and together they have three devious children. Read about Dave's writing projects at http: //davidjohnbutler.com.
Start reading Devil Sent the Rain (Rock Band Fights Evil Book 4) on your Kindle in under a minute.

lisaleo (Lisa Yount)
4.0 out of 5 stars good addition to the series
Reviewed in the United States on 24 August 2016
Verified Purchase
This book, #4 in Butler’s “Rock Band Fights Evil” series, features Adrian, the band’s organist and resident wizard, who is afflicted with a curse that makes him tend to fall asleep in the middle of his spells. Like the third book but unlike the first two, it provides considerable backstory about the main character as well as the series’s trademark nonstop action. I didn’t like this book quite as well as I liked the third one, Crow Jane, because I didn’t find Adrian as appealing a character as Qayna, the heroine of that episode. He is interesting, though, and one certainly can feel sorry for him: he had a terrible childhood, abused by the uncle who taught him wizardry.

The most striking feature of this book is the description built around the idea that, for most of the story, the band members are trapped inside Adrian’s body—or the body of something, anyway. All the walls, furniture etc. in the “house” therefore are made of flesh. Butler makes very good “yuck” mileage out of this concept.

The book also continues the overall story of the hapless band’s pursuit by both angels and demons (fallen angels)—primarily three of the latter, in this case. In addition, it introduces a new female character, Elaine Canning, a 17th-century woman who apparently is a love interest for Jim, the band’s singer and son of devil Astaroth. We get only hints about her background here, but I imagine that she, as well as Qayna, will be further developed in future installments… which I look forward to.

Karen Evans
5.0 out of 5 stars What a ride!
Reviewed in the United States on 22 July 2012
Verified Purchase
As with the other 3 sections of this story, Devil Sent the Rain is another roller coaster. At first there is a little disorientation as the reader has to decide who's head we are traveling in. For Devil Sent the Rain, we are Adrian, the wizard. So we get a full treatment of his abilities and difficulties. Adrian is dealing with a curse. And to get them out of a tight situation, he casts a spell that pulls them all into his own twisted memories. Then he has to find a way to get them all safely out, while leaving the demons that followed them trapped.

As with all of D. J. Butler's writing, this story has a steep curve of orientation, but since this is the fourth story in this cycle, I have become accustomed to switching characters every time. And then we are over the top, and through all the hairpin curves and loopdeloops of a first class roller coaster. Pick this up, it's a doozy.
Read more
Report abuse
See all reviews
Back to top
Get to Know Us
Make Money with Us
Let Us Help You
And don't forget:
© 1996-2021, Amazon.com, Inc. or its affiliates