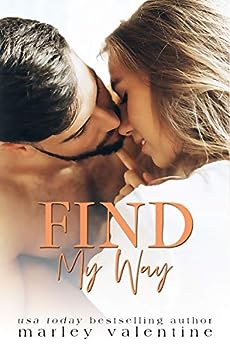 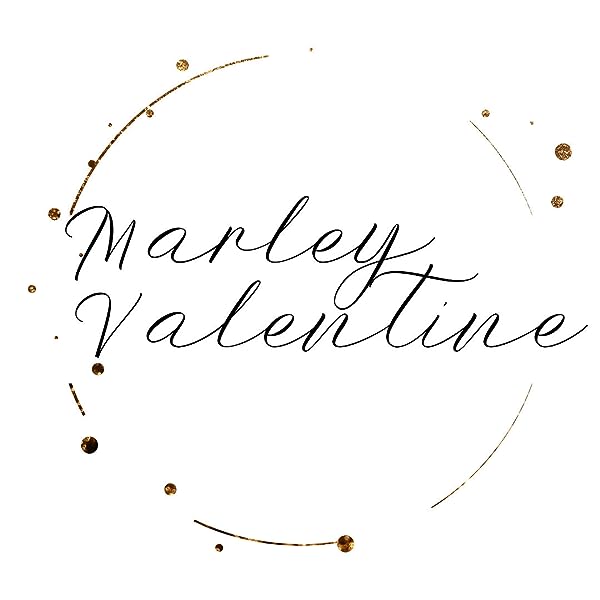 TardisAngel
5.0 out of 5 stars Open yourself up to love ❤️
Reviewed in Australia on 14 October 2017
Verified Purchase
I absolutely loved Marley Valentines's first book Devastate but this next one, Deviate, I could not put down. I read it in one afternoon/evening as the story of Elliot and Courtney just totally swept me away - I had to know what happened, I had to know how things would work out, I had to see if they'd get their happy ending.

Courtney was introduced in Devastate as the main character Evie's best friend. I immediately liked Courtney and her no holds bar attitude to telling it like it is. And the way she helped Evie out of a dark place and back into life again was admirable. I was thrilled her and Evie's brother-in-law Elliot were going to get their own story - and Deviate does not disappoint.

More than just a love story, Deviate deals with the importance of what happens when you keep parts of yourself from those you love. It illustrates the need for being the best person you can be for yourself and no one else. Courtney has had a rough few years and Elliot provides her with the opportunity to be something more, to want something more - but she's just not certain she deserves it.

“Because from where I’m standing there’s a woman sitting on the bathroom floor, crying and wanting more.”

Marley does an incredible job of weaving deep themes with amazing character development. You want to know more about Elliot and Courtney because they feel so genuine and their lives seem so real - and this is due to Marley's phenomenal writing talent shining through.

Deviate is a story about letting people in and realising that coping on your own isn't the only way - isn't the best way - to go through life. It might be hard, it most definitely will hurt, but opening yourself to love can be the greatest accomplishment - and sacrifice - of all.

"It’s in moments like these I realize the biggest sense of comfort can come from the simplest touch."
Read more
Helpful
Report abuse

Jules B
TOP 1000 REVIEWER
5.0 out of 5 stars Marley gets better and better
Reviewed in Australia on 19 September 2018
Verified Purchase
Marley Valentine's books just get better and better.
This one follows on from Devastate but focusing on Elliot. Again, another beautifully written book with so much heart and emotion weaved into the story.
It is hard to put down because you become so invested in the characters. That is the sign of a great writer.
Read more
Helpful
Report abuse

Sue
5.0 out of 5 stars I love how supportive and loving Elliott is towards Courtney
Reviewed in Australia on 14 October 2017
This story pulled all my heart strings. I was torn apart by Courtney and Elliott's situations. Their lives have been affected by tragedies that have left them still dealing with the aftermath a few years later. It's heartbreaking.

I love how supportive and loving Elliott is towards Courtney.
The subject of depression is hard and has made me more aware of how short life can be.

The other characters in the book just make the story stronger and give more depth to the storyline.

This is my first book by Marley Valentine but I will be on the lookout for more.

Brenda Travers
5.0 out of 5 stars Captivating, Heartbreaking & Emotional 🖤
Reviewed in Australia on 12 October 2017
Deviate was my first book by Marley Valentine, I'm captivated by her words, the detail the emotion and the heartbreaking storyline had me addicted.

Marley has a way of capturing each of the characters and the emotion behind them. In Deviate we get the story of Elliot and Courtney who me meet in Devastate - this is their story and it's an emotional roller coaster of Love, Laughs, Loss and Life. I think the world needs more Elliot's he is drop dead gorgeous, patient and now one of my favourite Book Boyfriends.

All Elliot wants is for Courtney to lower the walls she has built around herself so he can see the real her. What is she hiding, why is she holding back? Is she worth the wait or was it good while it lasted? Could these two souls heal each other? All of these questions and so much more will be answered throughout the book.

"She taught me you can't love without life and you can't live without love."
This scene was quite a powerful and emotional one, it was Raw,Emotional, Intentional and Soul Soothing.

I cannot recommend Deviate enough it was such a fantastic read, prepare yourself for the tears.
Read more
Helpful
Report abuse
See all reviews

n young
4.0 out of 5 stars Abgsty emotional read from start to end!
Reviewed in the United Kingdom on 18 August 2021
Verified Purchase
This is book 2 for this series now giving us the story about Courtney and Elliot who we met in book 1 and wow what a story it is!
Drawn together by being friends/close to Evie these guys had an instant connection but only they couldn't see it until one day when the tables turned and the fireworks went crazy!
Courtney hasn't had an easy life and struggles to let people in and to get close so when Elliot starts to show feelings she goes into panic mode and wants to self sabotage giving us a rollercoaster of a read!
Loved these guys together.. but what I really loved was seeing the positive changes in Evie!
Elliot is a man that every woman would be lucky to have.. hes friendly.. hes sweet.. hes kind and above all else hes hot!
Off to buy more Marley books asap!
Read more
Report abuse

Jill Kirtley
4.0 out of 5 stars Not one to be missed!
Reviewed in the United Kingdom on 16 October 2017
Verified Purchase
Marley Valentine's writing is exciting, sophisticated and thrilling. This book took hold of me from page one and kept my attention all the way through. The storyline is raw and heartfelt, the struggle to overcome tragedy so real as are the characters. Deviate is a spin off novel and can be read as a complete standalone. Courtney and Elliott are originally featured in the novel Devastate. Highly recommended!
Read more
Report abuse

PopKitty
5.0 out of 5 stars Deviate delivers all the feels
Reviewed in the United States on 12 October 2017
Verified Purchase
If there was even a tiny thought that Valentine’s ability to nail the emotions of her characters and make you relate on a visceral level was mere fluke – then Deviate blew that thought to s#!t.
She did it again, and this time even more so. I felt the entire spectrum of feels in this brilliantly written book. While taking her time when it matters, this book never once dragged and flowed so easily that I couldn’t believe I’d reached the end already. (Minus the break I had to take when emotions ran too high and I was ready to reach through my kindle and throttle someone.)
Court and Elliot are perfectly imperfect in every way and while you will probably cry, probably scream in frustration, probably swoon, and probably gasp at the brilliant lines this author delivers – you will no doubt love this book as much as I did.
Read more
4 people found this helpful
Report abuse

Christine Indriolo
4.0 out of 5 stars Intense and emotional..Review by Christine Justlovemybooks Romance Book Blog
Reviewed in the United States on 24 January 2018
Verified Purchase
4 Stars to Deviate by Marley Valentine.

This book was intense and emotional. The truly only happy moments were in the end. That said, while there is grief and devastation, there was also hope. Where you wouldn't think there could be a happy ending, there was one. Marley Valentine has a talent for writing books that leave you breathless not to mention thoughtful. She makes you appreciate what you have in life even if you think it could be better.

Deviate follows Marley's previous title, Devastate. Deviate can definitely be read as a standalone, however it is connected to Devastate. by characters and some circumstances. Both books are written to gut you emotionally and do a pretty god job of that.

Elliot and Courtney.......
Both these amazing characters are introduced in Evie and Lior's story. They are actually a big part of it. Elliot and Courtney have had a casual relationship because that was all each was looking for but when feelings started to come into play, their hook-ups ceased and Courtney avoided being around Elliot. After realizing how much he missed being with Courtney, Elliot decided she was worth taking a chance on. Only problem with that was he had to convince Courtney they should be more than friends. Courtney was not easy to convince. It wasn't her fault however she had a huge amount of grief and turmoil to deal with on a daily basis. It amazed me how strong she really was even if she didn't think so.

Elliot and Courtney's relationship was hard to watch at times. Their situation broke my heart and I'll be honest when I say I wasn't sure this book would have a happy ending. It was a long and difficult road but when two people loved each other the way Elliot and Courtney did, it was for certain they'd find their happily-ever-after together.

I definitely recommend this book if you enjoy emotional reads. While your at it, I also recommend you read Devastate. Both books have a smooth pace with writing that flows easily, I'll warn you though, keep a box of tissues handy.

This is my honest and unbiased review. Thank you for taking the time to read it.
Read more
One person found this helpful
Report abuse

National Suicide Prevention Lifeline: 1-800-273-8255
Read more
2 people found this helpful
Report abuse
See all reviews
Back to top
Get to Know Us
Make Money with Us
Let Us Help You
And don't forget:
© 1996-2021, Amazon.com, Inc. or its affiliates