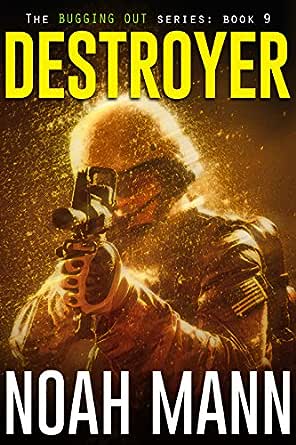 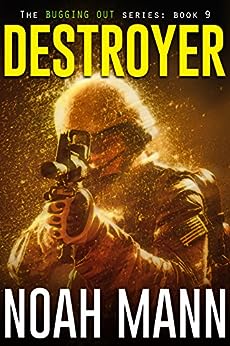 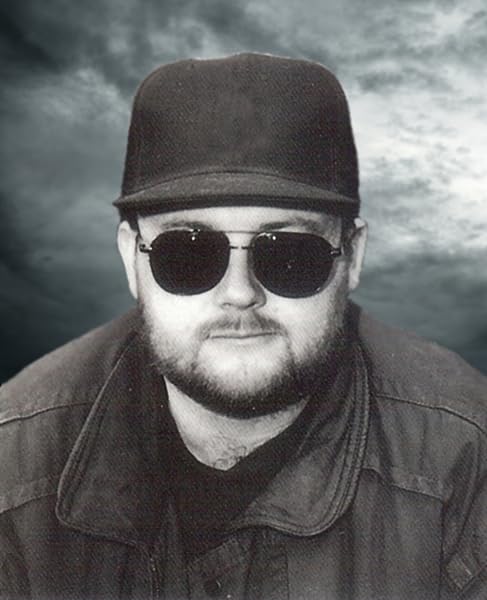 claudette valliere
5.0 out of 5 stars One kick ass read
Reviewed in the United States on 24 July 2018
Verified Purchase
Another damned fine read by Mann. Spoiler alert.

This one starts with Fletch in a cell right next to Neil Moore. A Fletch who can't believe who he is seeing, a Neil everyone thought was dead. a Neil Fletch saw killed along with everyone else who happened to be there. A Neil who is emaciated but does tell Fletch the man he saw killed was his double. A guy who impersonated him when he had to be somewhere else for the CIA. He and Fletch have been captured by Perkins a charismatic warlord who wants the serum. He think either Neil or Fletch know where it is. He threatens them both. Neil doesn't say a word and Fletch has no idea where the serum is.

Perkins pulls fletch out and threatens a man bound in a chair. He tells Fletch that if he doesn't tell him where the serum is he will kill the man. Fletch can't tell him what he doesn't know so Perkins blows the mans brains out then has parts of him cooked to serve to both Neil and Fletch.

Perkins has hundreds of brainwashed followers who will do his biding and once a week he has a big gathering so he can sound off for his followers. Neil has been waiting for this one. The man guarding them has food for them and tells Fletch that Neil hardly eats anything and Fletch sure as hell isn't going to eat human flesh. Neil manages to get his thin arms through the bars and grabs the guard and kills him. He grabs the keys and lets himself and Fletch out. The two of them make their way out and with the huge congregation in the square they manage to escape. Of course Perkins will be sending men after them.

So begins one damned fine read.

This one has Fletch, Neil, a family of four they find in a well hidden house, a Doberman named Willow, Perkins men who follow them, air planes overhead, one of them is the one Fletch and his slain companion Arndt was in, the other Fletch has no idea who is flying it, the vehicle they have to leave, the mountains that have only boulders and dead trees to hide behind because of the blight, a battle between Fletch and Neil, a warning given to the keepers of the house, a woman who hates fletch, a Willow who kills her, a knock down drag out fight on that mountain, the other plan that lands and marines who come to Fletch's aid, a Neil who is killed after he kills Perkins and a Fletch who will have to tell his ex wife and her new husband, another crisis in Bandon and Neil, his wife and the others doing their best to figure out what needs to be done and survive.

Kindle Customer
2.0 out of 5 stars When will it end.
Reviewed in the United States on 22 January 2020
Verified Purchase
So this book cleared up a few loose ends regarding some characters. However with the ending of book nine I feel like the story is repeating itself. Mr Mann how much longer are you going to prolong this series? I'm about at the end of my support for this series.
Read more
Helpful
Sending feedback...
Thank you for your feedback.
Sorry, we failed to record your vote. Please try again
Report abuse

Bob M
5.0 out of 5 stars A wonderful series of novels. Would make a nice TV miniseries.
Reviewed in the United States on 28 April 2019
Verified Purchase
I thoroughly enjoyed the entire Bugging Out series. The books are well written and the stories are plausible enough to be captivating without being ridiculous. These are all “fast read” novels that capture your attention from start to finish.
Read more
Helpful
Sending feedback...
Thank you for your feedback.
Sorry, we failed to record your vote. Please try again
Report abuse

Book Auntnz
5.0 out of 5 stars A captivating continuation to a great series!
Reviewed in the United States on 20 September 2018
Verified Purchase
The anger, the sadness, the hope, all the emotions are there while reading book 9. This is a continuing saga that does not fail to keep me up and glued to my kindle till the end. Now...we...wait...for...book...ten....
Read more
Helpful
Sending feedback...
Thank you for your feedback.
Sorry, we failed to record your vote. Please try again
Report abuse

Brian sellner
5.0 out of 5 stars Book 9
Reviewed in the United States on 12 August 2018
Verified Purchase
Another fantastic read by Noah Mann just wish there was a little more to the ending but still a great read. I want more more chapters cannot wait for next books by Noah
Read more
Helpful
Sending feedback...
Thank you for your feedback.
Sorry, we failed to record your vote. Please try again
Report abuse
Load more international reviews

Looch1
5.0 out of 5 stars Crushed this volume in one day! Great read
Reviewed in the United States on 16 March 2019
Verified Purchase
Cant wait for the next book
Read more
Helpful
Sending feedback...
Thank you for your feedback.
Sorry, we failed to record your vote. Please try again
Report abuse

Tyler
4.0 out of 5 stars Great Addition to the series
Reviewed in the United States on 14 December 2018
Verified Purchase
Great Book
Read more
Helpful
Sending feedback...
Thank you for your feedback.
Sorry, we failed to record your vote. Please try again
Report abuse

Stanley Van Hemert
3.0 out of 5 stars rabbit
Reviewed in the United States on 13 November 2018
Verified Purchase
Noah has chased every possible rabbit hole. It took me a while but I'm going to stop waste anymore time
Read more
Helpful
Sending feedback...
Thank you for your feedback.
Sorry, we failed to record your vote. Please try again
Report abuse

Corey
5.0 out of 5 stars Of 9 books this is the best.
Reviewed in the United States on 11 July 2018
Verified Purchase
I gave this book 5 stars because I feel it is the best book in the series and this book is number 9 of 9 books. To try and keep the excitement of these characters alive and believable after 9 books is a hard thing to do. The main character Fletch and his friend Neil go through some really believable emotional struggles which are in normal life tough to deal with but in their situation it’s even worse. For those who have read this series and know it, all I will say is sit down, give yourself a few hours and be prepared to be, happy, surprised, sometimes really mad and other times very sad. Great book in a great series.
Read more
Helpful
Sending feedback...
Thank you for your feedback.
Sorry, we failed to record your vote. Please try again
Report abuse