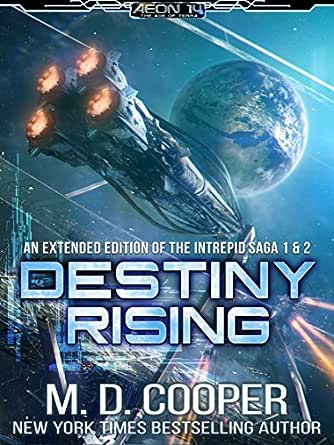 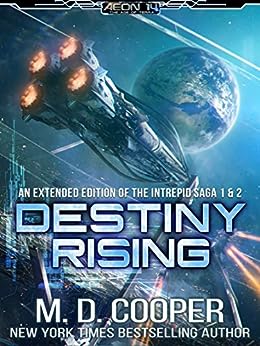 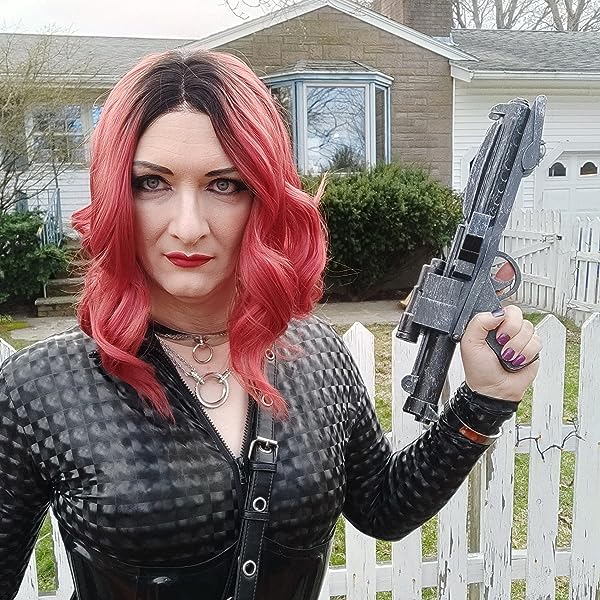 Gareth Banks
5.0 out of 5 stars A good read as always
Reviewed in Australia on 8 April 2018
Verified Purchase
A repackage of Outsystem and A Path in the Darkness, with quite a bit of new content and a bit of re-ordering of existing content. A good read as always, I enjoyed reading the new content and re-reading the old. Not sure of the re-ordering, changing the beginning / opening of the story does shift the tone a bit, but overall still a great book. I do prefer when re-reading them though to re-read them in the original formats :)
Read more
Helpful
Comment Report abuse
See all reviews from Australia

jgabrielehay
5.0 out of 5 stars I like the additions
Reviewed in the United Kingdom on 12 May 2017
Verified Purchase
I had already read both of the original books but I wanted to see the additional material. Some of it had been released by the author but it has been expanded for this new book.
I would still have liked to know more about Myrrdan, but perhaps it would have created too many spoilers for the sequels.

PeteM
5.0 out of 5 stars All action future corporate war/adventure
Reviewed in the United Kingdom on 22 June 2017
Verified Purchase
A fast moving all action book. The tech and world building are consistent. Not sure about the super baddy but hopefully that will be resolved in later books.
Read more
Helpful
Sending feedback...
Thank you for your feedback.
Sorry, we failed to record your vote. Please try again
Report abuse

Amy
5.0 out of 5 stars Excellent far-future military sci-fi with heart
Reviewed in the United States on 31 May 2017
Verified Purchase
I have been a fan of this series for some time, and I really enjoyed the way this book expanded upon and reorganized the storylines from the first two books. I tend to prefer my books told in chronological order rather than through flashbacks, so the sequential storytelling in this edition appealed to me. I also very much enjoyed the new content that provided additional background on the characters.

In a more general sense, I love how M. D. Cooper weaves together the military, political intrigue, action, and romantic elements of his stories in a way that feels believable and keeps me wanting more. He thoughtfully explores future society, technology, and the human experience. If you are looking for a sci-fi read that's not only fun but also makes you think, then this is a series you should definitely check out!
Read more
7 people found this helpful
Helpful
Sending feedback...
Thank you for your feedback.
Sorry, we failed to record your vote. Please try again
Report abuse

Catherine Mackay
5.0 out of 5 stars Plenty of action as Tanis kicks a lot of merc butt
Reviewed in the United States on 20 May 2017
Verified Purchase
For those of you, like me, new to the Aeon 14 universe, Destiny Rising is the extended version of the first two books in the Intrepid Saga. Destiny Rising has pretty much kept me engrossed for the entire week in a plot-line that has enough action to fill a giant warehouse. The main character, Tanis, is a kick-ass kinda gal whose penchant for finding herself fending off all kinds of merc attacks and bad-guy plots fills the pages of this rather cool as military/space opera. The tech is rather cool and the setting is mind-blowing (M.D.Cooper's 42nd century would be an awesome kinda future to visit, for sure) where humanity can get all sorts of mods, from octopus like tentacles to pilots that have crystalline structures forming over their cells so that they can endure pulling 70gs. The plot largely centres on the colony ship, the Intrepid and the troubles associated with its completetion and later its 100+ year journey to New Eden. There is plenty of plot-twists, intrigue and action as Tanis (head of security on the Intrepid) foils the multiple attempts to cause delays in its completion and journey. There are some tense moments that had me on the edge of my seat and there's a nice little romance in the back-ground for Tanis that simmers throughout the book. A highly recommended book - looking forward to reading more books set in this universe.
Read more
7 people found this helpful
Helpful
Sending feedback...
Thank you for your feedback.
Sorry, we failed to record your vote. Please try again
Report abuse
Load more international reviews

Catspaw
5.0 out of 5 stars A great read - you will lose track of time while immersed in this book!
Reviewed in the United States on 18 September 2017
Verified Purchase
Destiny Rising is an extended version of two books: Outsystem and A Path In The Darkness. They are the first two books of the Intrepid Saga, with Building Victoria completing the saga. All three books are part of author M.D. Cooper's Aeon 14 Universe. I had previously read the two books in their original format and liked them enough that when a set of the entire saga was released I bought it which included Destiny Rising. I felt the added content was nice and added some background and insight into the primary characters.

This is military space opera. Expect lots of action and an imaginative future. We meet our heroine Major Tanis Richards as she embarks on a journey which doesn't proceed exactly as planned. Tanis is a smart believable officer who lives by the code of honor and integrity instilled within her during her years serving in the Terran Space Force. She signs on to serve aboard a colony ship bound to leave the Sol System.

I enjoyed each book as a stand alone. Cooper tied up the loose ends neatly, while also leaving me motivated to read the next book to see how Tanis and the crew and would be colonists fare. Richards is the major protagonist within the bulk of the Aeon-14 Universe story arcs, which cover past, present and future. There is just enough science and technology to make the spaceships and mission parameters seem realistic yet futuristic. We have Artificial Intelligence, robots that remind me of our modern manufacturing plants, and as always, human strengths and weaknesses within the characters' personalities. Good vs Evil, Sacrifice vs Selfish Self-Interest, and True Courage vs Cowardice. None of these heroes want to die ,they feel fear, yet continue onward anyway. Richards survives by stubbornly refusing to go quietly into the night, through luck, and other times by simply being prepared and experienced enough to overcome the threat. She has had to make hard decisions as a commanding officer, and paid for them, physically and mentally. I appreciate the fact we are allowed to see that, it keeps her from being a perfect cartoon character. If you like space opera you'll like this book - in fact, just get the Intrepid Saga set because you'll want to keep traveling along with the colony mission!
Read more
3 people found this helpful
Helpful
Sending feedback...
Thank you for your feedback.
Sorry, we failed to record your vote. Please try again
Report abuse

Paul McD
5.0 out of 5 stars Fantastic Sci-fi
Reviewed in the United States on 20 June 2017
Verified Purchase
I never read the original two books this is a re-edit/rerelease of, so I can't really comment how it compares to them, but I really enjoyed this book and proceeded to grab everything else that followed it as soon as I finished it. Really glad I took a chance on it!
Read more
7 people found this helpful
Helpful
Sending feedback...
Thank you for your feedback.
Sorry, we failed to record your vote. Please try again
Report abuse

Kyle "Goob" Descamps
5.0 out of 5 stars Clears up a lot
Reviewed in the United States on 27 June 2017
Verified Purchase
Though the way book one and two were wrote was good. This is a much better lay out and flows much cleaner. Made me start the series over again
Read more
6 people found this helpful
Helpful
Sending feedback...
Thank you for your feedback.
Sorry, we failed to record your vote. Please try again
Report abuse

James D.
5.0 out of 5 stars Lots of Details!
Reviewed in the United States on 29 December 2017
Verified Purchase
Recommendation to fans:
If you're at all like me, you gobble up new titles as they appear, and enjoy every minute. Downside of that (for me) is that I forget lots of details.
I'm reading "Destiny Rising" now (read the Saga much earlier this year) - and it's been fascinating to (re) discover details (about tech and about people).
Michael's added a lot of useful backstory info (if memory serves) that wasn't in the original pair of titles.
So - if you haven't already - buy it!
Read more
One person found this helpful
Helpful
Sending feedback...
Thank you for your feedback.
Sorry, we failed to record your vote. Please try again
Report abuse
Load more international reviews

Rita OConnor
5.0 out of 5 stars Omnibus worth buying
Reviewed in the United States on 1 July 2017
Verified Purchase
if you are a fan of the series this omnibus is worth buying covers a lot more of the storyline that was not included in the original books Outsystem and A Path in the Darkness.
Read more
4 people found this helpful
Helpful
Sending feedback...
Thank you for your feedback.
Sorry, we failed to record your vote. Please try again
Report abuse

Faan
5.0 out of 5 stars Great action book
Reviewed in the United States on 16 March 2019
Verified Purchase
I really enjoyed the new arrangement of the two books. They really set the stage for what follows, and we get to know the main character, Tanis, quite well.
I have long looked for a Sci-fi series that followed its own rules, and actually had some real science behind some new concepts. Really enjoyed it!
Read more
Helpful
Sending feedback...
Thank you for your feedback.
Sorry, we failed to record your vote. Please try again
Report abuse

Fiannawolf
5.0 out of 5 stars Indies are my go to people for my sci fi fix nowadays.
Reviewed in the United States on 6 June 2017
Verified Purchase
Hows this for an endorsement, I've already pre-ordered everything that isn't out.

Mass Effect/Bioware should have hired you instead what we got with ME: Andromeda.
Read more
3 people found this helpful
Helpful
Sending feedback...
Thank you for your feedback.
Sorry, we failed to record your vote. Please try again
Report abuse