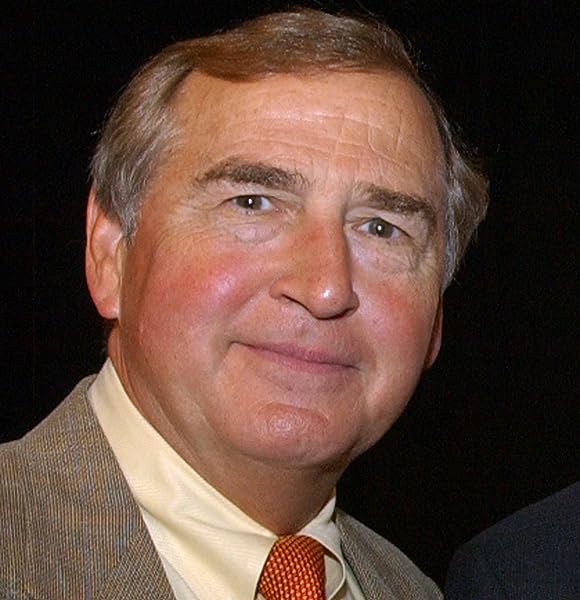 Page 1 of 1 Start overPage 1 of 1
Previous page
Next page
Start reading Destined for War on your Kindle in under a minute.

China and the United States are heading toward a war neither wants.

Graham Allison is director of Harvard University's Belfer Center for Science and International Affairs and the best-selling author of Lee Kuan Yew, Nuclear Terrorism, and Essence of Decision. Founding dean of the Kennedy School of Government, he has advised the secretaries of defense under Reagan, Clinton, and Obama.

4.6 out of 5 stars
4.6 out of 5
761 global ratings
How are ratings calculated?
To calculate the overall star rating and percentage breakdown by star, we don’t use a simple average. Instead, our system considers things like how recent a review is and if the reviewer bought the item on Amazon. It also analyses reviews to verify trustworthiness.

Josiah
5.0 out of 5 stars Insightful and incredibly pragmatic
Reviewed in Australia on 2 November 2020
Verified Purchase
I won’t pretend to know that I understand the inner workings of States and their foreign policy, but I believe Graham Allison does. His connections between past events, the psychologies of America and China and current events all create realistic predictions about what could happen in the future. I hope the Australian government is reading this book.
Read more
Helpful
Report abuse

Phil
TOP 1000 REVIEWER
5.0 out of 5 stars Must read
Reviewed in Australia on 23 February 2019
Verified Purchase
This should be recommended reading for any student of history and wanting to understand why things are the way they are between the US and China. I had read Mr Allison's original Atlantic article and thought maybe I didn't need to read this too but I was absolutely wrong. There is still so much interesting information and highlights to take away. I am recommending to all my friends this masterpiece.
Read more
Helpful
Report abuse

John
5.0 out of 5 stars Essential reading for understanding the role of China in the modern world.
Reviewed in Australia on 23 August 2020
Verified Purchase
Interesting and informative book that provides excellent historical context for the rise of China. Neatly encapsulated within a Thucydidean framing device, while also giving an overview of important historical wars that shaped the last five hundred years. A must read.
Read more
Helpful
Report abuse

Tushar Govind Shinde
5.0 out of 5 stars Interesting and enlightening book
Reviewed in Australia on 16 October 2019
Verified Purchase
I am not an expert on international affairs and reading this book as I am interested in this field. I am happy with the purchase and so far finding it interesting reading this book.
Read more
Helpful
Report abuse

Scott Leisemann
5.0 out of 5 stars Compelling read
Reviewed in Australia on 14 September 2020
Verified Purchase
This is a well-researched book which is easy to read and relevant to the current state of world affairs. Highly recommended for all those interested in the rise of China.
Read more
Helpful
Report abuse

Ken Liow
5.0 out of 5 stars Balanced and informative
Reviewed in Australia on 27 February 2018
Verified Purchase
Looks at the issues from many perspectives. Highlights risks and opportunities. Rational in forming assertions and portraying the options. Not an alarmist book.
Read more
Helpful
Report abuse

Steven Austen
5.0 out of 5 stars China
Reviewed in Australia on 20 October 2019
Verified Purchase
Together with 1750 and beyond, this book gives a reasonable analysis of China's why. It is well worth a read.
Read more
Helpful
Report abuse
See all reviews

Sontee
5.0 out of 5 stars Brilliant read
Reviewed in the United Kingdom on 13 June 2018
Verified Purchase
Are China and the US going to be able to escape Thucydides’ Trap? Greek historian Thucydides wrote about the Peloponnesian war. He analysed the reasons around it and came to the conclusion that if a rising power threatens to displace a ruling power it could lead to war. He believed it was the threat, the Spartans felt with the rise of Athens that lead to the two city-states clashing swords. He also believed that overtly neither of them wanted a war, but circumstances made it unavoidable.
These set of circumstances is what Graham Allison terms as Thucydides’ trap. He claims since the Peloponnesian war, there’ve been 16 times when countries have faced similar pressures and only four haven’t resulted in war. The Thirty years war, Crimean war and both the world wars have all been a result of Thucydides’ trap. He looks at the current situation of a rising China and established US and wonders if this would end up in war or will they manage to avoid it like the four times countries have in the past?
Brilliant and definitely worth a read.

Robert
5.0 out of 5 stars Disturbingly provocative!
Reviewed in the United Kingdom on 1 August 2020
Verified Purchase
Fight your way through preface and introduction with the bragging and inaccuracies ""Lee (Lee Kuan Yew) took a small poor inconsequential fishing village and raised it to become a modern megalopolis." As the global centre for rubber distribution in the 1890's it was hardly a fishing village by the time Lee became ruler!
The reward is a beautifully logical construction of perspectives and arguments leading to the key question and possible answers.

Online Customer
4.0 out of 5 stars Very Interesting
Reviewed in the United Kingdom on 2 July 2020
Verified Purchase
Interesting topic. The book describes China's spectacular rise on the world stage and discusses how the US may respond as it slips into 2nd place based on historical examples. I wouldn't take the authors accounts as gospel but it certainly is thought provoking. Well worth a read I'd say.
Read more
2 people found this helpful
Report abuse

E. W. Sharman
5.0 out of 5 stars A Great Read with an interesting Idea.
Reviewed in the United Kingdom on 2 May 2019
Verified Purchase
This is a great read with an interesting point. Today you do get the feeling that every international flash point is new or unique but as Mr Allison shows things change but to some extent stay the same. Is it Machiavelli's the Prince no , but the points raised are informative and show what might happen in the not too distant future if our leaders forget what the past has to show us.
Read more
3 people found this helpful
Report abuse

riley36
5.0 out of 5 stars Really gripping and enjoyable non fiction read.
Reviewed in the United Kingdom on 22 August 2018
Verified Purchase
Really enjoyable read - liked the research put into the book. Good analysis overall and interesting scenarios - gets you thinking.
Read more
3 people found this helpful
Report abuse
See all reviews
Back to top
Get to Know Us
Make Money with Us
Let Us Help You
And don't forget:
© 1996-2021, Amazon.com, Inc. or its affiliates