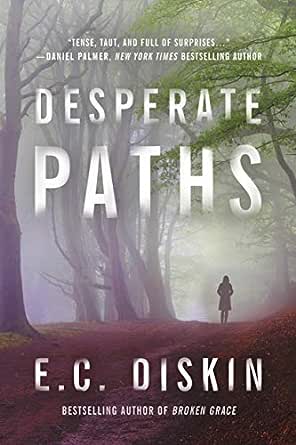 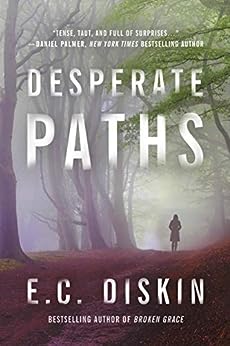 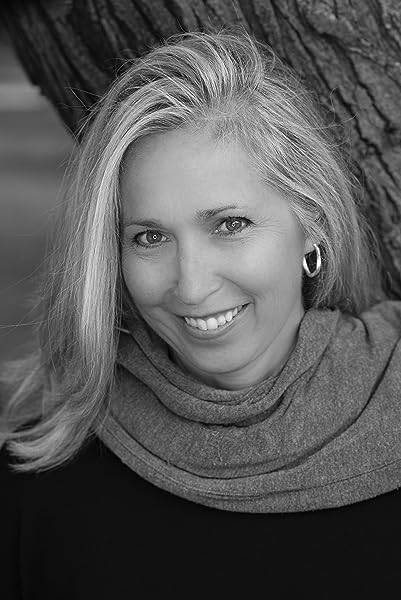 In Eden, the truth can have deadly consequences.

Brooklyn Anderson knows it looks bad. She was found wiping down a gun. Her father now dead. His blood on her hands. The incomprehensible nightmare has started.

Seven days earlier, Brooklyn had returned to Eden to care for her beloved father, who lay helpless in a hospital bed. Her estranged sister, Ginny, said he fell. But as Brooklyn soon realizes, Ginny is prone to lying.

Former Eden resident Darius Woods was in the hospital too. The famous actor had written a screenplay that would lay bare all the secrets of the town, but within hours of his return, someone shot him.

As the Woods investigation proceeds, and Brooklyn starts to question everything she believes about her family, her neighbors, and her home, secrets and lies begin to unravel. But nothing can prepare her for where those lies will finally lead.

And sharing the truth of what happened the night her father died might just make things worse.

E. C. Diskin is the author of the bestselling novels The Green Line, Broken Grace, and Depth of Lies. She lives outside Chicago with her family. Find out more about the author and her work at www.ecdiskin.com.

S. Brown
5.0 out of 5 stars Loved It !!!
24 March 2019 - Published on Amazon.com
Verified Purchase
Just read this book today. I love all of Ms Diskins books .. This book was so good I couldn't stop until I finished it. A very believable story I remember something like this happening in my own family when I was a kid. Can't wait for her next book to come out.
Read more
4 people found this helpful

Robert P. Tingstad
5.0 out of 5 stars Engaging, start to finish
24 March 2019 - Published on Amazon.com
Verified Purchase
E.C. Diskin's 4th book is a page turner that held my attention from the time it arrived in the mail. Love, family protection,, anger, betrayal, shame, racial bias and regrets (not to mention murder) are expertly woven into a great tale. Twists near the end were surprising..a mark of a great mystery.
Read more
4 people found this helpful

elizabeth mueller
5.0 out of 5 stars Read this!
15 April 2019 - Published on Amazon.com
Verified Purchase
Incredible read. I have read Diskin’s previous books and looked forward to this book. I planned to read on the plane to and from my business meeting. What a mistake. I could not put it down and was up till 3 am when I should have been sleeping. The last 20% of the book turned out to be an absolute surprise. It was rich and complex. I can really see this book as a movie. I recommend this book for anyone who enjoys suspense. I gave the book 5 stars because of how engaged I was in the book and all the continued thinking I’ve had since I completed it
Read more
2 people found this helpful

brandy
5.0 out of 5 stars Development of characters
15 July 2019 - Published on Amazon.com
Verified Purchase
I throughly enjoyed E.C. Diskins new book, Desperate Paths. The characters were well developed throughout the book. First there was Brookyn's frustration with her lack of knowledge which she felt was being withheld from her and she didn't understand why and there was the mysterious Genny with emotions I didn't understand. With the characters personality depicted I though I had figured out the end of the story, but boy was I wrong. It came as a complete surprise.I recommend that you read this book.
Read more
One person found this helpful

Malew
3.0 out of 5 stars Desperate to finish....
6 January 2020 - Published on Amazon.com
Verified Purchase
This was a long read. The characters wove in and out of an intertwined tale. It felt contrived and along the way, I stopped caring and just wanted to finish the book, skimming to the end. I have read this author before and enjoy her work. Perhaps this particular concept just did not work for me.
Read more
Go to Amazon.com to see all 69 reviews 4.6 out of 5 stars
Get FREE delivery with Amazon Prime
Prime members enjoy FREE Delivery and exclusive access to movies, TV shows, music, Kindle e-books, Twitch Prime, and more.
> Get Started
Back to top
Get to Know Us
Make Money with Us
Let Us Help You
And don't forget:
© 1996-2020, Amazon.com, Inc. or its affiliates