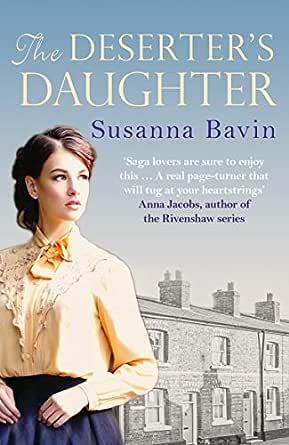 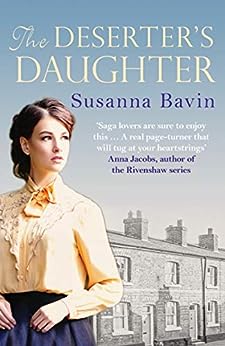 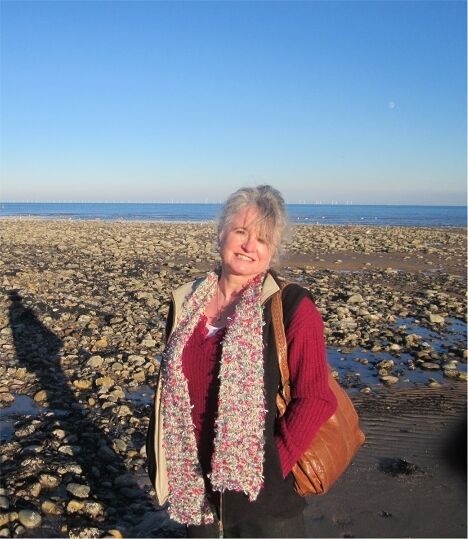 The Deserter's Daughter: A compelling story of heartache and hardship, perfect for fans of Lyn Andrews and Polly Heron Kindle Edition

"a gripping page-turner"--Historical Novels Review --This text refers to the hardcover edition.

Susanna Bavin is originally from Manchester and her writing is strongly inspired by her Mancunian roots. She now lives in Llandudno in North Wales and is a keen member of the RNA. The Deserter's Daughter is her first novel. --This text refers to the hardcover edition.

Sandra
5.0 out of 5 stars A superb debut novel!
Reviewed in the United Kingdom on 29 June 2018
Verified Purchase
Heartbreaking and heartwarming by turns, The Deserter’s Daughter is a beautifully written story that will have you staying up into the early hours to finish it.

Set in 1920s Manchester, with the country still coming to terms with the aftermath of the War, young Carrie Jenkins’ life is turned upside down by shocking news: her beloved father didn’t die fighting for his country - he was shot for desertion.

The ramifications for Carrie (whose feeble fiancé drops her faster than a hot pasty), her mother and her half-sister, Evadne, are far reaching and punch an emotional impact that affects all their lives.

As she struggles to rebuild her life, support her ailing mother and find love in amongst the turmoil, Carrie begins to realise she will have to fight for everything she holds dear, but in amongst the heartbreak and challenges, there is comfort in discovering how people can change and how even those we are most familiar with can surprise us.

What a strong, thought-provoking debut novel this is. Susannah Bavin touches every emotion in her beautifully written story, drawing you in so closely you feel as though you are watching things unfold from the corner of the street.

Expressed through multiple points of view, which I loved - especially that of the half-sisters and their misinterpretation of each other (so real) - this is a book to savour and one to re-read again and again, and I highly recommend it.

Florence Hall
5.0 out of 5 stars Wonderful!
Reviewed in the United Kingdom on 24 July 2017
Verified Purchase
Having never read a saga before (unless the Poldark series counts, and I read that a LONG time ago when I was a teen), The Deserter's Daughter took me by surprise. I expected a comfortable read - a nice romance with some hardship thrown in. It is romantic and there is hardship, but it's SO much more than that, with elements of domestic noir, crime, thriller & suspense. The world, 1920s Manchester is wonderfully realised with fabulous period detail, but never too much to slow the pace. It's so well done that, after reading, I felt as if I'd SEEN it rather than read it. I think it would make a fantastic film or TV series.
I warmed to Carrie, the main character, immediately, as well as several other lovely characters. They're by no means all nice, however. There are some properly scary villains in this, the most frightening being Ralph, who I found genuinely terrifying.
It's a roller coaster of a read. Recommended :)
Read more
One person found this helpful
Report abuse

Mr Clyde
5.0 out of 5 stars Highly recommended
Reviewed in the United Kingdom on 24 January 2018
Verified Purchase
Susanna Bavin has woven a wonderful story populated by a varied cast of characters who are so realistically drawn they spring to life in the reader’s mind. Carrie Jenkins and her half-sister, Evadne, are compelling leads and the antagonists are much, much more than one-dimensional foils. The intriguing plot is so expertly structured and well-paced that I read the book within a couple of days.

This beautifully-written and sensitive novel offers romance, grit and determination; intrigue, crime, heartache and hardship; injustice, hope and tragedy. Full of fascinating period detail the story also depicts the reality of life spent in the shadow of the Great War.

The Deserter’s Daughter really is a fantastic debut and Susanna Bavin is a master storyteller. I hope this book garners the accolades it surely deserves. Highly recommended.
Read more
One person found this helpful
Report abuse

Kathy E
5.0 out of 5 stars A BRILLIANT READ!
Reviewed in the United Kingdom on 19 April 2019
Verified Purchase
I simply loved it! Just couldn't put it down. There is excitement, drama and intrigue from the outset and the book kept me enthralled to the very last page. I loved the strong sense of place and time - 1920s Manchester - and the characters are all exceptionally well drawn. This story makes you think of how a lot of the Soldiers classed as deserters in 1914-18 war who lost their minds through shell shock, and how their families were ostracized by actions taken, by them being called deserters and were shot.
Read more
One person found this helpful
Report abuse

Amazon Customer
5.0 out of 5 stars Brilliant 1920s saga with deep sense of menace
Reviewed in the United Kingdom on 20 June 2020
Verified Purchase
Set in 1920s, this is a brilliantly written saga with complex characters and a deep sense of menace right from the start. As the title suggests, a chain of events of prejudice and misfortune is sparked by a fateful revelation that the heroine must fight tooth and nail to overcome. A thoroughly absorbing story with many twists and turns that leaves you wondering how it will all end. The tension is kept up to the very last. Utterly recommended.
Read more
Report abuse
See all reviews
Get FREE delivery with Amazon Prime
Prime members enjoy FREE Delivery and exclusive access to movies, TV shows, music, Kindle e-books, Twitch Prime, and more.
> Get Started
Back to top
Get to Know Us
Make Money with Us
Let Us Help You
And don't forget:
© 1996-2020, Amazon.com, Inc. or its affiliates