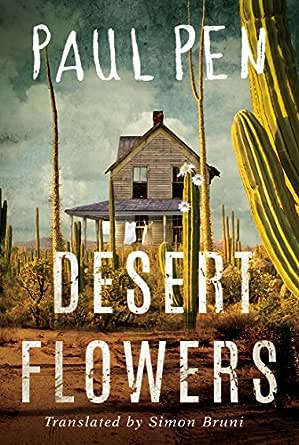 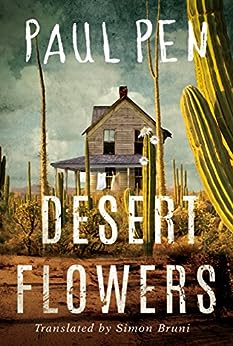 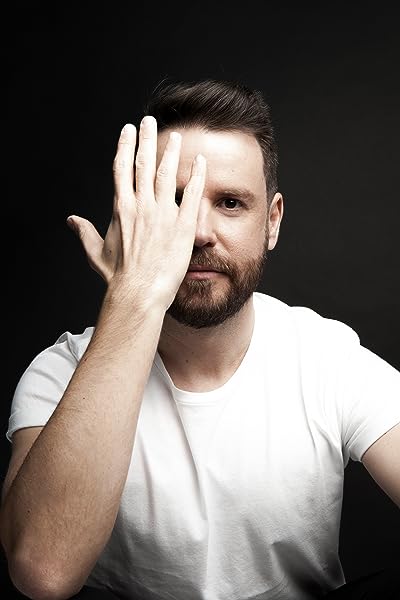 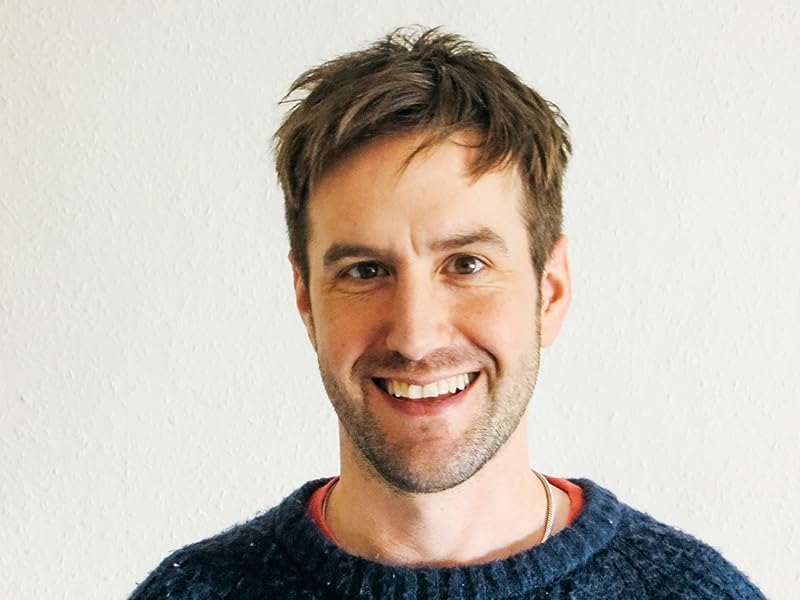 Paul Pen is a Kindle top-three bestselling author, as well as a journalist and scriptwriter. His novel The Light of the Fireflies has sold more than one hundred thousand copies worldwide, and an American film adaptation is under way. Following the Spanish digital publication of Trece historias (Thirteen Stories), a powerful collection of short tales, Pen returns in 2017 with the international release of a stunning new novel, bringing his unmistakable brand of literary suspense to readers around the globe. --This text refers to the paperback edition.

4.1 out of 5 stars
4.1 out of 5
210 global ratings
How are ratings calculated?
To calculate the overall star rating and percentage breakdown by star, we don’t use a simple average. Instead, our system considers things like how recent a review is and if the reviewer bought the item on Amazon. It also analyses reviews to verify trustworthiness.

Anne Whight
TOP 500 REVIEWER
5.0 out of 5 stars Intriguing
Reviewed in Australia on 13 August 2020
Verified Purchase
I enjoyed Desert Flowers as much as Paul Pen’s Light of the Fireflies, and really felt for the characters. I find his stories intriguing and different. Desert Flowers took me to a new, remote location occupied by strange characters, lonely kids and family secrets. Had me hooked! Again.
Will definitely be looking for more from this writer.

Debra
TOP 500 REVIEWER
5.0 out of 5 stars Stunning
Reviewed in Australia on 29 August 2018
Verified Purchase
I loved The Light of the Fireflies, but this book was better. Absolutely stunning. The isolation of the desert was both beautiful and frightening – my heart ached for the girls, especially Melissa. The characters were all well written and each had their positive and negative traits. Paul Pen is brilliant at showing both sides of everyone’s story, so the reader can make up their own mind. Another emotional story by an amazing writer.
Read more
Helpful
Comment Report abuse

Mick Hawkins
4.0 out of 5 stars A Truly Human Story
Reviewed in Australia on 13 November 2019
Verified Purchase
Every character is a complete human being with light and dark sides. If the reader learns nothing else from this well crafted novel, she needs to take away how wrong it is to judge a person only from a confrontation with their dark side. Family values are challenged, but never rejected. The perils of exercising individual responsibilities are highlighted, but the exercising is never denigrated. All in all just a small exaggeration of the dilemmas life presents to us all.
Read more
Helpful
Comment Report abuse

Shells
1.0 out of 5 stars Ignorant
Reviewed in Australia on 30 January 2020
Verified Purchase
Competently written but a pointless book with very little understanding . I kept reading hoping for some light to come on for a satisfactory outcome, but it never did. My recommendation is, dont waste your time.
Read more
Helpful
Comment Report abuse

lucia zanetti
4.0 out of 5 stars Interesting reading, very different with unexpected plot.
Reviewed in Australia on 17 February 2020
Verified Purchase
I enjoyed this book for it’s different, discriptive and unexpected plot. It’s about happy children who were adored by their parents, but who missed out on the normality of life. It’s about a brother’s quest to find his sister and about the evil perpetrated in the name of love.
Read more
Helpful
Comment Report abuse

Joylene
5.0 out of 5 stars Fantastic. Absolutely fantastic!
Reviewed in Australia on 15 December 2017
Verified Purchase
I first read his Fireflys novel, which I loved also. This story is equally as good; the characters are brilliant. A must read and cannot wait for the next book. Thank you!
Read more
Helpful
Comment Report abuse

Ivory Castle
TOP 500 REVIEWER
4.0 out of 5 stars A lot more than just general fiction
Reviewed in Australia on 7 September 2017
Rose is a loving mother and a devoted wife to Elmer. They have four girls all with very different personalities. Iris is the bookworm in the family and reaching sexual awakening. Melissa is a little different with her penchant for collecting and talking to rocks. Daisy and Dahlia are twins who have a habit of repeating what the other has said.
Rick is a young hiker looking for a little company after leading a solitary existence for the last month. Little do Rose and Elmer know he has a hidden agenda and a tie to their family. Their idea of a happy family is about to change into something more sinister. The girl’s parents have their own secrets and will do anything to keep their family intact.
This story evoked a mixture of emotions even to the extent of almost having a tear in my eye at one stage. I feel if I read this a second time I would absorb more than I did the first time round.
Some may find this a little slow to start but I felt it made the perfect backdrop for following events. Initially I was lulled into thinking this was going to be a feel good read and was absolutely taken by surprised when everything changed within a short time.
All the characters were believable and fit together in a very interesting way. At the end I couldnt decide if I liked or despised Rose and Elmer. I know good people some times do bad things but............
The translation from Spanish seems well done. Using the Baja California desert in Mexico was a super idea and even now, thinking about needles on a cactus makes me cringe.
I think this book deserves a lot more than the general fiction label it was given as it seemed to be a mix of genres. Read it and make your own decision. You wont be disappointed.
The publisher via Netgalley kindly provided a copy of the digital version of the book and this review is solely mine.

Lynda Thornhill
5.0 out of 5 stars THIS is what a five-star book looks like.
Reviewed in the United Kingdom on 7 April 2018
Verified Purchase
I love this book. I love this writer. My only complaint is that books like this spoil me for other writers, whose books can't begin to compete with this level of mastery. I'd already read and loved the Light of the Fireflies so I was anticipating another great book and I wasn't disappointed. Readers who enjoy light, frothy, happy-ever-afters, this book probably isn't for you. But if you crave those complex characters who are endearing yet troubling at the same time, and plots that grip you without giving you any obvious 'right answers', then this is an absolute winner. He is skilled as a writer; the language is competent, engaging and sophisticated without seeming to try too hard. Some reviewers have complained that the plot was slow and in some ways I could see their point but for me it was inexorably moving towards an inevitable brilliance, dropping tantalising crumbs along the way that had me constantly wanting to read more. I could sense from the start that what followed would leave me gripped and that was the case throughout. I finished it all in two days and have spent the following week still lost in the story and unable to start another book, as I know it won't live up to this one. SPOILER FOLLOWS: My only 'complaint', if that's the right word, is that from the beginning there was a particular question on my mind regarding what had actually happened to the oldest daughter, which was never answered - I had thought it would be a key revelation. But still a five-star read, no doubt about it.
Read more
One person found this helpful
Report abuse

Kindle Customer
5.0 out of 5 stars Engrossing
Reviewed in the United Kingdom on 18 July 2020
Verified Purchase
A thoroughly engrossing read. Paul Pen's books are like no others. The decisions and twists are unexpected. I found the middle a little slow but the rest of the book I raced through. It is not entirely believable but stranger things have happened.
Read more
Report abuse

Kindle Customer
5.0 out of 5 stars Novels you need to read
Reviewed in the United Kingdom on 14 March 2020
Verified Purchase
This author it one of my favorite foreign writers, never fails to amaze and surprise.
Read more
One person found this helpful
Report abuse

cara nadin
5.0 out of 5 stars How well do you know your family!!
Reviewed in the United Kingdom on 1 September 2017
Verified Purchase
Another amazing read from Paul Pen. Heartbreaking sadness and joy all rolled into one. Highly recommend this book. How one families world comes apart at the seams by the lies they have created.
Read more
2 people found this helpful
Report abuse

Little mama 📚🎭🎧🎶
5.0 out of 5 stars Enchanting
Reviewed in the United Kingdom on 21 November 2017
Verified Purchase
Paul Pen is a brilliant writer, having said that I preferred Light of The Fireflies to this book. I was rooting for one character all the way through, but did not have the ending I was hoping for. Anticipating more books in the future, pleeeease.
Read more
One person found this helpful
Report abuse
See all reviews
Get FREE delivery with Amazon Prime
Prime members enjoy FREE Delivery and exclusive access to movies, TV shows, music, Kindle e-books, Twitch Prime, and more.
> Get Started
Back to top
Get to Know Us
Make Money with Us
Let Us Help You
And don't forget:
© 1996-2020, Amazon.com, Inc. or its affiliates