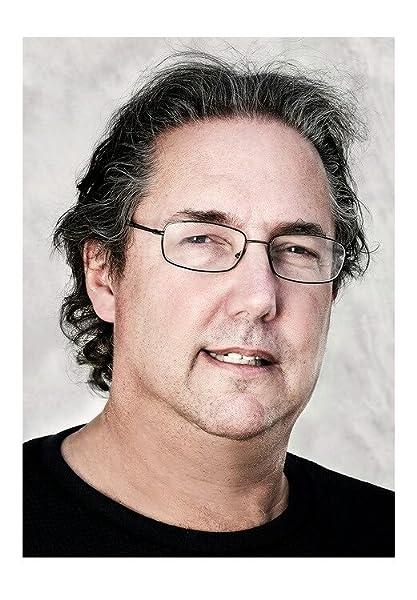 by Scott Shepherd (Author), Nick Podehl (Narrator)
3.8 out of 5 stars 615 ratings
See all formats and editions
Sorry, there was a problem loading this page. Try again.
Previous page
Next page

Page 1 of 1 Start overPage 1 of 1
Previous page
Next page
Start reading Descending Son on your Kindle in under a minute.

3.8 out of 5 stars
3.8 out of 5
615 global ratings
How are ratings calculated?
To calculate the overall star rating and percentage breakdown by star, we don’t use a simple average. Instead, our system considers things like how recent a review is and if the reviewer bought the item on Amazon. It also analyses reviews to verify trustworthiness.

RB
5.0 out of 5 stars A mystery with a difference
Reviewed in Australia on 4 April 2019
Verified Purchase
I found this book hard to put down it pulled me in engrossing me in the story. Even when the supernatural events started to happen with Jessies father being turned into a vampire I kept reading. I don't normally read books of this genre but am glad I did.
Read more
Helpful
Report abuse

Amazon Customer
3.0 out of 5 stars Middling
Reviewed in Australia on 17 January 2014
a pretty cool read, though I did find it a bit cliche. overall good characters and fast enough space; if you like this genre then go for it.
Read more
Helpful
Report abuse
See all reviews

Charlie Gray
4.0 out of 5 stars Imperfect but enjoyable
Reviewed in the United Kingdom on 15 April 2014
Verified Purchase
As someone else mentioned, if I could have given 3.5 stars that would probably be my choice for this; thoroughly enjoyable but with a couple of things that nagged at me. As a yarn, it moved along at a good pace, with main protagonist Jess as a decent, likeable but slightly flawed character, and his reliable sidekick Benji. On his first trip home after leaving angrily several years before, he witnesses a murder, and within days his own father, the nemesis of his youth dies badly. Quite a long way into the story, as Jess gets deeper involved in the murder/mystery he's now decided to investigate he lands in deep trouble....the 6 feet down kind of deep trouble. His rescuer from the grave turns out to be his own (dead) father, and there the supernatural part kicks in.
On the negative side, for me at least, were the stereotypes; the stupid but bullying cop, the smarmy doctor with Jess family in his thrall, the fact that all of the young women are stunningly beautiful. Btu I did like how we saw Jess gradually reappraise his views of some of his family as the book progressed, so I'd definitely recommend it and will read Scott Shepherd's future books. Not to give too much away, but there seems to be room for a sequel here too.
Read more
3 people found this helpful
Report abuse

ElaineG
4.0 out of 5 stars 3.5 out of 5
Reviewed in the United Kingdom on 25 March 2014
Verified Purchase
A very strange, unusual, mostly entertaining read that was at times gripping and, at others, just skimmable. I was really drawn in by the first line of the blurb and then by the prologue showing Jess in big trouble. Throughout the first part of the read we have chapters inserted showing Jess and his big dilemma, which I found really entertaining, gripping and scary. How did he get to where he is? Is he going to get out? We are told the events that lead up to his problem in flashback, or maybe the problem chapters are flash forward, who knows? What we get though is a very good murder thriller which I was really hooked by.

Some way into the book the horror element kicks in, and I had almost forgotten it was a horror story by then. I didn't really like the story as much from that point in. Whilst it still made decent reading for the most part, it just seemed to lose its edge a little and I found myself skimming parts of it. The romance angle felt wrong somehow, predictable and a little cheesy. I did also find the read to be quite "guessable" at times. I liked the writer's style of writing, which was easy to read and at times very witty. Jess's family seemed a little cardboard at times, but I really liked the character of Benji and would have liked to have seen more of him.
Read more
6 people found this helpful
Report abuse

Kindle Customer
5.0 out of 5 stars Gripping tale
Reviewed in the United Kingdom on 26 July 2018
Verified Purchase
I really enjoyed this book from start to finish, the story line is cleverly written with more twists and turns than spaghetti junction, Amazon asks reviewers to categorise books of who they may be of interest to but I would expect a book as well written as this to be interesting to anybody, a well deserved five stars, if there is a follow up as the ending is left open for one, I will definitely be purchasing it.
Read more
Report abuse

Kath Hayhurst
4.0 out of 5 stars An easy read
Reviewed in the United Kingdom on 14 June 2018
Verified Purchase
It is an easy story to read. The hero Jess goes through an awful lot almost too much for one person. However the plot is good and goes at a fair pace even though you can work it out before the end.
Read more
Report abuse
See all reviews
Back to top
Get to Know Us
Make Money with Us
Let Us Help You
And don't forget:
© 1996-2021, Amazon.com, Inc. or its affiliates