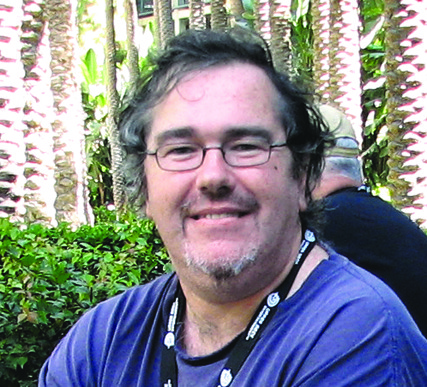 Page 1 of 1 Start overPage 1 of 1
Previous page
Next page
Start reading The Dervish House (Gollancz S.F.) on your Kindle in under a minute.

"McDonald creates a magnificent knot of intrigue, thrills, and daring adventures, with the flair for character and setting that makes his tales so satisfying to indulge in."
-Booklist
"An audacious look at the shift in the power centers of the world and an intense vision of one possible future."
-New York Times Book Review
"This twisting, turning, part futuristic fantasy, part intuitive prediction satisfies without divulging all its secrets, just like the city."
-Time Out Istanbul
"As close to perfection as a book can get. . . . If you only have money to buy a single sci-fi novel this year, this has to be it. Impossible to put down."
-Pat's Fantasy Hotlist
The complex plot and its unique characters make for an intriguing read. McDonald weaves several plotlines together with a whirling dervish house, a character in its own right, as the common denominator.
-RT Book Reviews, 4 stars
In the end, spending some time with these six characters in the fascinating city of Istanbul was pure enjoyment. Look for"The Dervish House"on the shortlists of the major SF&F awards next year. Highly recommended. 41/2 out of 5 stars
-Fantasy Literature
"The Dervish House" cements Ian McDonald s status as a first class talent, and one of my all-time favorite authors. He continues to depict the future of non-western cultures with creativity, depth, and verve. His prose is a delight to read, his characters are lively and authentic, and he can pull you in to a near-future setting like no one else I know. I d recommend this book to pretty much everyone.
-SF Revu
A rich, accomplished portrait of near-future Istanbul that may be is the best thing McDonald has written and that s saying something. It is the product of a writer at the top of his game: beautifully styled, complexly characterized and plotted without ever feeling heavy or dull...half a dozen storylines are coiled together as neatly as DNA, each of them compelling and readable. McDonald manages to avoid the traps of condescension, or Orientalism, that lie in wait for the white Westerner writing about places that are neither of those things. A dervishly good book.
- Locus
First, let's get one thing out of the way. Every book I ve read in the last several months has been completely overshadowed perhaps unfairly by Ian McDonald s "The Dervish House." He s the kind of writer who has the power to alter your whole vision of what science fiction can be and do. Last year s "Cyberabad Days "was among the most ferociously intelligent novels I ve read in years, in any genre. And "The Dervish House "is even better. After reading a book like that, it s hard to get excited about merely good sf novels. Or even genuinely excellent ones...This is what science fiction should be... McDonald has done the seemingly impossible. He has written a compelling, action-packed sf novel about the future of AI-based quantitative trading... But it s no fantasy: it s the reality that s breathing down the backs of our necks every workday. And McDonald extrapolates from it with dizzying virtuosity...More than any other sf writer I can think of, McDonald has a complex, nuanced, fundamentally "real "vision of the way power works in the world.
-Fantasy & Science Fiction"

Ian McDonaldis the author of"Planesrunner, Be My Enemy," and"Empress of the Sun," in the Everness series. He has written thirteen science fiction novels--including the 2011 John W. Campbell Memorial Award winner for Best Novel, "The Dervish House"--as well as"Brasyl, River of Gods, Cyberabad Days, Ares Express, Desolation Road, King of Morning, Queen of Day, Out on Blue Six, Chaga," and"Kirinya."He's been nominated for every major science fiction award, and even won some. McDonald also works in television and in program development--all those reality shows have to come from somewhere--and has written for screen as well as print. He lives in Northern Ireland, just outside Belfast, and loves to travel."

3.8 out of 5 stars
3.8 out of 5
75 global ratings
How are ratings calculated?
To calculate the overall star rating and percentage breakdown by star, we don’t use a simple average. Instead, our system considers things like how recent a review is and if the reviewer bought the item on Amazon. It also analyses reviews to verify trustworthiness.

John Tierney
5.0 out of 5 stars Intelligent and very readable
Reviewed in the United Kingdom on 10 September 2010
Verified Purchase
In line with other reviews so far, I thought this was an excellent book. Set in Istanbul in 2027 5 years after Turkey joins the EU, it covers multiple, linked story-strands covering subjects such as religion, politics, nano-tech, economics, terrorists and legends including the Mellified Man (don't bother looking it up, just enjoy it in the book).

There are numerous characters who are faily well sketched - the ousted academic, the child detective with a heart complaint, the stock market swindler and his religious-artefact selling wife, the disturbed fanatic and the nano-tech entrepeneurs. McDonald weaves their stories very skillfully and vividly paints a picture of near-future Istanbul and the integration of new technology into an ancient city.

I really enjoyed "River of Gods" but couldn't finish "Brasyl" for some reason. But this is by some way the best book I have read this year. McDonald successfully merges good story-lines with believable future-technology and writes it well. Any author who can come up with a line such as "Smell is the djinni of memory, all times are one to it" has my admiration.

If you want intelligent, well-written near-future science-fiction, you can't go wrong with this book. Highly recommended.

P. J. Dunn
4.0 out of 5 stars I wasn't expecting my SF to shape my future travel preferences
Reviewed in the United Kingdom on 5 December 2013
Verified Purchase
This has got to be one of Ian McDonald's top five books, and it certainly sits alongside  River of Gods  as one of the two best of his group of unconnected books set in the futures of a range of fast developing countries.

I can see from one or two other reviewers that some Turkish readers feel that some of his attempts to employ Turkish language were perhaps a little too brave, and produced sufficient errors to annoy such readers. For that I knock a star off what otherwise would be a perfect score. My own shameful ignorance of the language shielded me from being distracted by such errors. What I was left with was, not only a great read, but something that stirred and built my interest in the place and its people, moving Turkey, and Istanbul in particular, far up the list of countries I really want to visit - preferably on or before 2025 really comes around. I really wasn't expecting my science fiction reading to also shape my future travel preferences...

DB
4.0 out of 5 stars Adventures of the (mostly) Young Turks
Reviewed in the United Kingdom on 14 December 2012
Verified Purchase
Ultra-near future science fiction carries with it an occupational hazard for the author - that of being overtaken by technological and social events. Think about "Snow Crash" - still a good book, but if you read it now you are immediately struck by the thought: "Interesting. But that's not how it turned out." The speculative parts of "The Dervish House" don't seem wildly unlikely, but nor are they banker certainties, and no doubt there will be other major changes in the next twenty years or so that nobody can currently see coming. So I wonder why Ian McDonald chose the science fiction genre here, when an equally good book could have been set in present day Istanbul?

Anyway, "The Dervish House", with or without its SF veneer, is a cracking read - rather like a slightly more literary Len Deighton. I knew a bit about Constantinople, but next to nothing about modern Istanbul, so I found the book admirably researched (even though the review by "ZdeMC" in August this year suggests that the author should have delved even deeper). I hadn't read any Ian McDonald before - I'm going to have to read his earlier books now!

VINCE MILLETT
5.0 out of 5 stars Awesome!
Reviewed in the United Kingdom on 17 September 2011
Verified Purchase
I gave up on a previous title by this author - too convoluted, too many characters introduced too quickly. Too hard to follow. However, this one intrigued me as it was set in Istanbul, a city I've visited a few times and that I love. The Dervish House introduces a cast of characters who are mostly likeable and their stories gradually connect up as the plot develops, the common point of linkage being the Dervish House referred to in the title. The evocation of Istanbul is superb - this is the city I know and several scenes happen in places I know quite well. The plot is intricate enough to keep the attention all the way through; anything involving terrorism, geopolitics, shape-shifting police and spy robots, nanotechnology, underground Islamic religious orders, ancient artifacts, secret government organisations and the architect Sinan has me liking it before I've even read a word! It's a romp of a read but you'll need to pay attention to remember who's who. In some ways it's an Islamic version of The Da Vinci Code, but as if the Da Vinci Code had been written by someone literate and it wasn't aimed at morons with no knowledge of history. It's a far higher quality piece of literature than that. The pace is just right, though, the detail evocative and satisfying and the ending bang on the nail. I loved it!
Read more
Report abuse

Moom
5.0 out of 5 stars Touching, atmospheric and absolutely perfectly paced
Reviewed in the United Kingdom on 29 August 2011
Verified Purchase
There's a thing that science fiction novels do, sometimes, where the novel can pretty much be divided into two sections. In the first, the scene is set, and we are treated to a wonderful, lazy guided tour of a new world. Then, the dilatory plot suddenly shifts into gear as if the author has suddenly realised he needs to finish this damn novel at some point. The focus narrows right down, the glorious little incidental notes evaporate, and we are swept along with the plot down a dark sluice, into the sudden brilliance of the set-piece ending. I think of it as "funnelling".
This book does not have that fault. Unusually among sci-fi books, it is brilliantly, perfectly paced. The plot ticks along, speeding up towards the denouement, but the grace notes are not lost along the way. Istanbul, this wonderful crowded exhaust-fumed Istanbul which McDonald has created for us, breathes its golden dust-filled warmth over the book throughout, never abandoning the story. Getting that mix right is truly the work of a master.
The characters are touching and fascinating. The fragile overambition of a just-graduated 'marketing executive', the long-held grudges and fears of a withdrawn and lonely academic... these and many more are evoked beautifully. And McDonald's mix of technology, Islam, academia and superstition is a heady brew. Drink deeply.