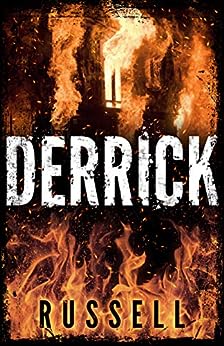 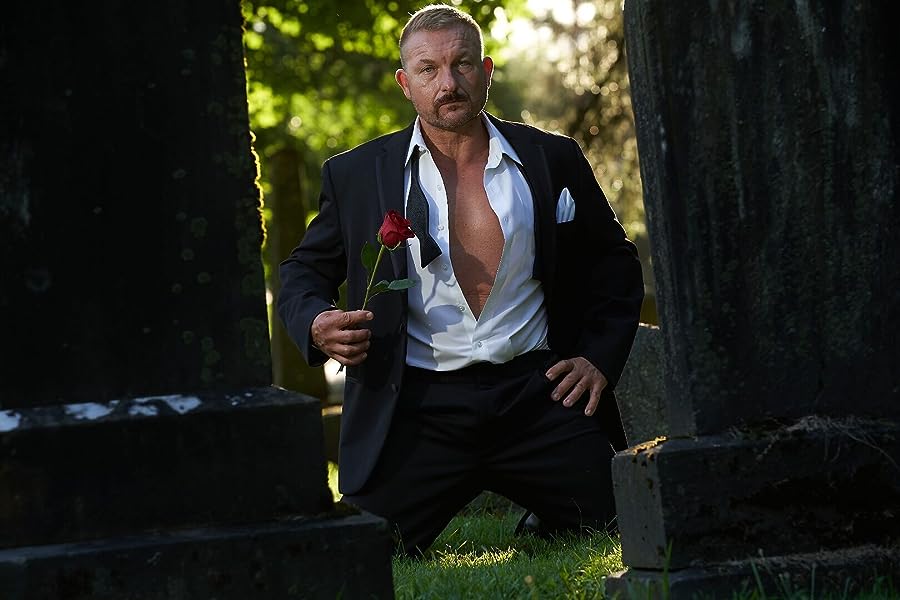 For nearly two decades, Russell was an executive chef in the restaurant industry, in which he created succulent entrees and managed various types of kitchen operations. In the last seven years, he began to teach future culinarians how to achieve their professional goals in hands-on classroom and lecture settings. With his recent graduate work in the field of sociology, his interests center on organizational behaviorism, social theory, and food insecurity.

Russell has been writing for the majority of his life. Slipping into alternative universes allows Russell to enjoy the process of creativity from the novel’s conception to its final draft. Most importantly, inspiration is a continuous piece of his work and results from the world around him. Currently, he lives in Up State New York with his two children and several cats.

Travis B
5.0 out of 5 stars A magnificent story. DERRICK knocks it out of the park!
Reviewed in the United States on 20 November 2019
Verified Purchase
I found Russell’s first book, GAVIN, to be gripping and shocking, an emotion jolter, a masterfully sculpted, synergistic opus—and this second novel in the series had all of that, and more! DERRICK was two novels in one, with an ending that’ll have you brimming with payback smiles, as well as shedding tears. I relate this book to watching a great movie, and can imagine it as one. Most movies give you zilch. Really, you forget them almost instantly. But DERRICK grips you as if your emotions were balled up in your throat, and then it squeezes.

And it squeezes. It gets you like that emotional movie that has your eyes wide, anxiety piqued, tears a waterfall.

The story begins with new investigations of ghastly crimes, Gavin and Derrick on the job (plus, introduce a third member to their team, a sexy and intelligent female detective: Evelyn). And the pressure steadily builds. Then, near the middle the story, change gears. Dive into Derrick’s experiences as a soldier in the Middle East. It gets rough, brutal, and something’s not right. There’s scandals, rape and torture, and plenty of action and mystery.

DERRICK has an explosive ending. And then an epilogue that’ll pop your top. Yes, it keeps getting better, deeper (in more ways than one, pun intended). I NEVER expected THIS—nor did Gavin! And after all that—as though two, or several novels had been compacted into one, their details intertwining like Gordian Knot greatness—there’s the sneak-peak finale: a chapter from the final novel in the series! This short but pithy extra will (hint:) give the movie Hostel a run for its money. But with the insanely deep character development in THIS series, one that has you ACTUALLY caring, you can take your Hostel DVD and toss it in the trash. I’m sure to read the final book! Because DERRICK rocked my world in so many ways. It’s my favorite book of 2019.

One star for the sheer amount of work that had to have gone into something like this, making every one of the hundreds of details in this novel come together as though Beethoven had just finished destroying a piano with his magnum opus; the ending is reversed time, piano pieces snapping back to perfection. Clever, very! Beethoven raises his clenched fist and lightning strikes it!

Another star for descriptive prose that had you smack in the action: be it in the Middle East, at one gruesome crime scene after another, interviewing suspects, or in the bedroom, taking it up the… Well, I better stop before this review gets too HOT!!!

Better than many bestsellers I’ve read. DERRICK gets its third star for some of the deepest character development I’ve ever had the pleasure of experiencing; I shed more than one tear during the course of the story. (Smiled quite a few times too, eyes wide or not, red-faced or not).

A fourth star for the way in which Derrick was focused on more and more. His depth of character was a crescendoing flood of genius that could fill the Grand Canyon. (I also LOVED Evelyn, and Maria and her family, and even Chad—and the antagonists were BRUTAL). All of the characters! Masterfully the author kept me engaged in the story and wanting more.

A fifth star for how Derrick reacted to Gavin’s exposé, the two of them as good friends and a great team, Thanksgiving dinner, and especially, for what Derrick told Gavin during much time at his apartment (several chapters—the “gear change”), and, for what he shockingly hit Gavin with at the end of the novel! Wow!

I liked EVERYTHING about this novel. I liked it more than the first book in the series. I loved the ending, which had more than just one punch (one in particular sent my heart to my stomach). I loved the epilogue. And I loved the engaging, albeit gruesome, enigmatic sneak-peek chapter. That said, six stars out of five. The sixth because a genius must have written this. Russell, you are an ingenious author. DERRICK knocked it out of the park.

by MJ LaBeff
5.0 out of 5 stars Pulse pounding thriller
Reviewed in the United States on 23 April 2019
Verified Purchase
Secrets and lies lead to multiple murders in “Derrick” the second installment in the Gavin Nolan biography series.

Detective Gavin Nolan and his partner Derrick Williamson are joined by rookie detective Evelyn Lopez, who we first met in “Gavin” book 1, to solve a string of murders by an arsonist who tortures his victim first then drags the barely alive body to a building in the Chicago area which he then sets on fire. A single clue is left on the victim’s body, leaving a digital footprint in the form a CD which has Gavin employing the resources of IT whiz, Mylo.

As the case unfolds, we soon learn more about Detective Williamson’s past and his troubled military days under the command of a lunatic. The question I had was: why didn’t Williamson dive deeper into what he had discovered about this wicked man and other men in his unit so many years ago? Did fear, retaliation or ambivalence hold him back? I had to find out why. Kudos for keeping me turning the pages!

The author does an excellent job of continually drawing you into the lives of the characters and the secrets they keep along with pacing the plot to an intense end. The story reaches a pulse-pounding, action-filled conclusion with a final heart wrenching twist you won’t see coming until justice is served. And then when you think it’s over another shocking blow is dealt in the final chapter.

Fans of dark, gritty crime fiction will found this a satisfying read, but reader be warned the book contains graphic and violent content and adult situations.
Read more
Report abuse
See all reviews
Back to top
Get to Know Us
Make Money with Us
Let Us Help You
And don't forget:
© 1996-2021, Amazon.com, Inc. or its affiliates