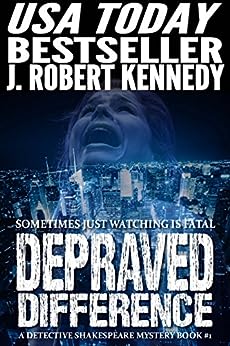 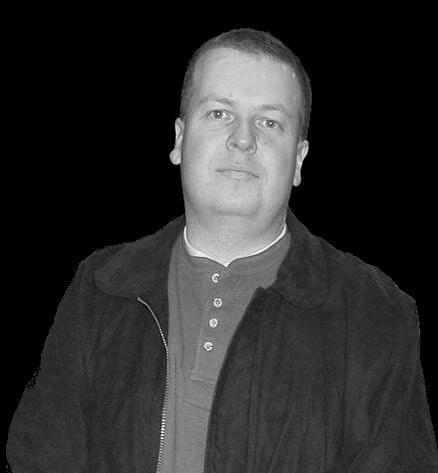 Would you help, would you run, or would you just watch?

When a young woman is brutally assaulted by two men on the subway, her cries for help fall on the deaf ears of onlookers too terrified to get involved, her misery ended with the crushing stomp of a steel-toed boot. A cell phone video of her vicious murder, callously released on the Internet, its popularity a testament to today’s depraved society, serves as a trigger, pulled a year later, for a killer.

Emailed a video documenting the final moments of a woman’s life, entertainment reporter Aynslee Kai, rather than ask why the killer chose her to tell the story, decides to capitalize on the opportunity to further her career. Assigned to the case is Hayden Eldridge, a detective left to learn the ropes by a disgraced partner, and as videos continue to follow victims, he discovers they were all witnesses to the vicious subway murder a year earlier, proving sometimes just watching is fatal.

From USA Today bestselling author J. Robert Kennedy comes Depraved Difference, a fast-paced murder suspense novel with enough laughs, heartbreak, terror and twists to keep you on the edge of your seat, then knock you flat on the floor with an ending so shocking, you’ll read it again just to pick up the clues.

J. Robert Kennedy wrote his first story when he was five. Everyone in it died. Things didn't get much better from there. After horrifying his teachers in creative writing classes he took an extended hiatus, returning to writing on a whim, haunted by the image of a woman standing in tall grass, the blades streaming through her fingers. The result was a short story, Does It Matter?, written in a single evening. And then he let it sit. A couple of years later he let several friends read it and they encouraged him to try and get it published. He submitted it to The Sink and it was immediately accepted. Encouraged, he wrote a second story, Loving the Ingredients, and it too was accepted, along with a reprint of Does It Matter? by The Writers Post Journal. With several publishing credits under his belt, he was ready for something bigger. A phone conversation with a best friend led to Robert writing his first novel, The Protocol. Lachesis Publishing, the first publisher he sent it to, agreed to publish it and cloud nine got a little more crowded. His next effort, Depraved Difference, was accepted for publication, however he turned down the offer, and decided to publish it independently on the Kindle, allowing him to offer his books at the prices he felt readers wanted to pay for eBooks. Robert was born in Glace Bay, Nova Scotia, and grew up an Air Force brat, living in Halifax and Greenwood, Nova Scotia, Goose Bay, Labrador, Lahr and Baden, Germany, and finally Winnipeg and Portage la Prairie, Manitoba. He escaped his parent's clutches to attend university in Waterloo and settled in Ottawa, Ontario. Robert has a wife and daughter, and is hard at work on his next novel. --This text refers to the paperback edition.

With over one million books sold, award winning and USA Today bestselling author J. Robert Kennedy has been ranked by Amazon as the #1 Bestselling Action Adventure novelist based upon combined sales. He is a full-time writer and the author of over fifty international bestsellers including the smash hit James Acton Thrillers. He’s married, has an adult daughter, and is likely hard at work on his next book.

4.4 out of 5 stars
4.4 out of 5
498 global ratings
How are ratings calculated?
To calculate the overall star rating and percentage breakdown by star, we don’t use a simple average. Instead, our system considers things like how recent a review is and if the reviewer bought the item on Amazon. It also analyses reviews to verify trustworthiness.

Tom Killeen
5.0 out of 5 stars WOW WHAT A RIDE WITH A HUGE TWIST AT THE END
Reviewed in Australia on 18 February 2019
Verified Purchase
I have read many books by J Robert Kennedy which have been great and I was not sure what to expect with this, the first book is his new Decetive Shakespeare Mystries.
But I thought I may as well give it a try......AND BOY AM I GLAD I DID.
A storyline I could not put down even though I found myself cringing at times, feeling for the victims and what they were forced to suffer.
And then came a huge twist at the end..... I DID NOT SEE THAT COMING.
What a great author and story teller.
Well done Mr J Robert Kennedy
Tom Killeen
Australia

Jane Lowe
5.0 out of 5 stars J. Robert Kennedy
Reviewed in Australia on 14 July 2016
Verified Purchase
Have just finished "Depraved Difference" by J. Robert Kennedy- what a tale, found myself totally engrossed in the characters and the story. Can't wait to read more creations from this author !!!!!
Thank you Mr. Kennedy - you have a keen new follower.
Read more
Helpful
Report abuse

Katielou
TOP 1000 REVIEWER
5.0 out of 5 stars Thrills a plenty
Reviewed in Australia on 9 February 2020
Verified Purchase
This was hard to put down. Detective Shakespeare keeps you on your toes with 2 story lines running parallel. Serial killer twist you wont see coming.
Read more
Helpful
Report abuse

efgo
5.0 out of 5 stars Excellent Product
Reviewed in Australia on 17 January 2020
Verified Purchase
A real page turner with a suprising twist at the end. Reccommened for all readers.
Read more
Helpful
Report abuse

Lillian M.
5.0 out of 5 stars EXCELLENT
Reviewed in Australia on 15 November 2021
Verified Purchase
I love all of J. Robert Kennedy books.. I read a lot but this was the best book I have EVER read,.
Excellent
Read more
Helpful
Report abuse

Bev Dennis
5.0 out of 5 stars Always a good read
Reviewed in Australia on 13 October 2019
Verified Purchase
J Robert Kennedy's books are always a good read. I have enjoyed all of his books. Great to read and enjoy.
Read more
Helpful
Report abuse

MarsonH
4.0 out of 5 stars Wow what a tale of heartache & action.
Reviewed in Australia on 20 November 2016
We'll certainly a change of genre from his previous books but still told with great detail so that as a reader I was right there I the midst of the story all the way to the end. And what an end I do like a twist a the end of a story. Thank you once again J. Robert Kenedy for many of enjoyable reading. I can't to start reading your next book.
Read more
Helpful
Report abuse

Kindle Customer
5.0 out of 5 stars Brilliant!
Reviewed in the United Kingdom on 5 May 2019
Verified Purchase
A video of a young woman being beaten to death leads to a series of revenge attacks , the killer determined to make everyone who stood by and did nothing pay the ultimate price.
In all this a serial killer is abducting and killing girls trying to find a lost love. This was a superb read , like having two stories in one, keeping you wondering who on earth the culprit is for both yet still having both story lines complement each other. The book comes together in a fantastic climax with the final revealing of the abductor , the identity of which took me completely by surprise. I don't want to say too much because it would spoil it for anyone reading for the first time. Needless to say I found this book thoroughly enjoyable and would highly recommend it.
Read more
3 people found this helpful
Report abuse

Andrew Bedford
5.0 out of 5 stars Excellent - worth a read and some good twists and turns
Reviewed in the United Kingdom on 26 April 2021
Verified Purchase
A video of a young woman being beaten to death on an American Subway leads to a series of revenge attacks. Parallel to that a person holds women in a room, but who and why.
A very good read. It did keep you guessing most of the way through. It has a very good climax and, lie others, best not to say too much about that and let the reader experience it fully.
I found it enjoyable and would highly recommend it.
Read more
Report abuse

Ceeaitchjay
3.0 out of 5 stars Amateur Detectives
Reviewed in the United Kingdom on 28 September 2020
Verified Purchase
Got to 60% and gave up. This was the point where Chris Messina's wife tells the detective her husband received a phone call on his cell, goes immediately into the garage and is shot. I thought, 'got him' the detective will ask for the phone and trace the caller.....? No, of course he didn't. Whoops, end of my read.
Read more
One person found this helpful
Report abuse

Gat
5.0 out of 5 stars An excellent read.
Reviewed in the United Kingdom on 3 March 2012
Verified Purchase
This book was impossible to put down. The more I read and thought I understood the plot, more was revealed like a fog gradually lifting off the landscape, providing a much clearer view and proving that originally I'd had no idea at all. Just when I thought I understood the characters, something happened that slowly redefined them, giving a completely new perspective.

Justin Shakespeare is a hero, but you won't agree with me until you get through most of the book. In fact, you will think quite the opposite.

I've read many, many books over the years and I can honestly say that Depraved Difference is one of the best I have ever read. And the follow up book, Tick Tock, is just as good.

I can't wait to read all about Justin Shakespeare's adventures in book 3 of the series.
Read more
2 people found this helpful
Report abuse

A. Harrison
5.0 out of 5 stars Outstanding read
Reviewed in the United Kingdom on 12 February 2013
Verified Purchase
I just finished reading this in the early hours of this morning, couldn't put it down until I had finished it. The twist on the usual thriller right from the start had me glued to it, and I did not see the twist coming at the end, brilliant writing. I could picture the cellar where victims were held so clearly, which to me is the sign of a great writer.

I downloaded this book because of the reviews, and they were totally honest. I enjoyed this one so much that I have just down loaded the second of the Detective Shakespeare mystery series, Tick Tock, which I think I might start reading tonight.

Try this book, I promise you will not be disappointed.
Read more
One person found this helpful
Report abuse
See all reviews
Back to top
Get to Know Us
Make Money with Us
Let Us Help You
And don't forget:
© 1996-2021, Amazon.com, Inc. or its affiliates