The Demon World (The Smoke Thieves Book 2) and over 1.5 million other books are available for Amazon Kindle . Learn more
Share <Embed> 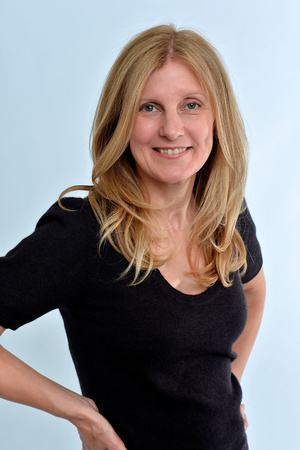 Page 1 of 1 Start overPage 1 of 1
Previous page
Next page
Start reading The Demon World (The Smoke Thieves Book 2) on your Kindle in under a minute.

Our heroes are scattered and chaos reigns as the land is carved by war. The second book in The Smoke Thieves series by Sally Green.

Sally Green lives in Cheshire, England. She has had various jobs from her first paper-round to a career as an accountant, but in 2010 she started writing a novel and that changed her life. She still runs most days despite several attempts to give it up. Follow her on Twitter @Sa11eGreen.

Paul Tapner
5.0 out of 5 stars Purple power
Reviewed in the United Kingdom on 26 December 2020
Verified Purchase
Second in the 'smoke thieves' series of fantasy novels.

First was 'The Smoke Thieves.' This picks up from where that left off, and it's not got anything exposition wise to bring you up to speed, so new readers should start with that.

Regular ones read on.

This one runs for four hundred and one pages. It's divided into lots of short and unnumbered chapters. Though each does tell you who the viewpoint character in it is, and where in the land of the story they are when it takes place.

There's a map of the setting at the front, and a glossary of characters and places at the back.

It is most definitely not the end of the story, as things are still up in the air by the end.

There is some strong language, violence, and a few adult moments, so it's not for younger readers.

Catherine and the other survivors head onwards. But a journey through strange territory leave her and Tash going different ways. The latter deeper into unknown territory. The former into politics and romance, and having to make some very tricky choices.

As do Edyson and March. They face troubles as they fight to survive. But one simple thing might be the greatest threat to them both...

This is just so so good. It's just as well written as the first book. I got thoroughly involved with all the characters. It really makes them work towards any chance of a happy ending, which does feel realistic. There's an incredible amount of jeopardy at times. And everything is so completely and utterly character rather than plot driven.

The whole bigger picture progresses naturally, just going up to the next level rather than setting itself up for a finale. It's just a complete and utter page turner.

It does manage to avoid a couple of pitfalls, just about getting away with a villain who could easily twirl a moustache if they had one, and just about dodges a deus ex machina with it's resolution to one key dilemma. But those are minor complaints.

Mr. J. Philipson
4.0 out of 5 stars Worth the money
Reviewed in the United Kingdom on 14 August 2019
Verified Purchase
Enjoyed the first and this was solid though have waited so long was expecting the story to move on a lot more than it did . It hinted throughout but also dragged . Still can’t wait for the third instalment
Read more
Report abuse

Sparra
5.0 out of 5 stars Smoke thieves
Reviewed in the United Kingdom on 20 August 2019
Verified Purchase
Couldnt get enough of the first book. Been really looking forward to this release. Hasn't let me down!
Read more
Report abuse

S Cannell
3.0 out of 5 stars Struggled to finish
Reviewed in the United Kingdom on 15 January 2020
Verified Purchase
Loved the Half trilogy and enjoyed The Smoke Thieves - but struggled with this second in the series. Couldn't empathise with any of the characters (apart from Tash). Will see what book 3 has in store - but sadly this one left me cold and unmoved.
Read more
Report abuse

Rebecca England
5.0 out of 5 stars Great read.
Reviewed in the United Kingdom on 23 October 2019
Verified Purchase
If you loved half-bad, this is the book for you.
Read more
Report abuse
See all reviews
Back to top
Get to Know Us
Make Money with Us
Let Us Help You
And don't forget:
© 1996-2021, Amazon.com, Inc. or its affiliates