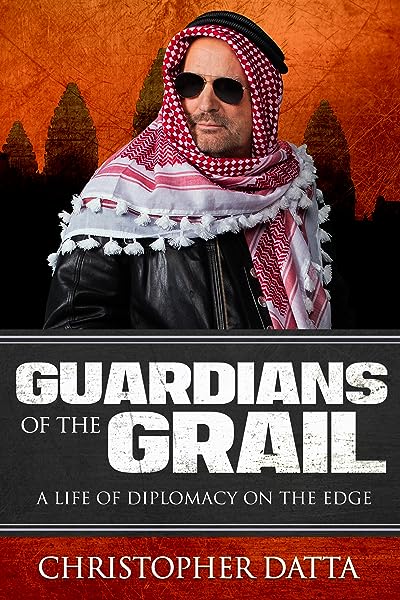 by Christopher Datta (Author)
4.2 out of 5 stars 18 ratings
See all formats and editions
Sorry, there was a problem loading this page. Try again.

Save on selected Bestselling Big Idea books.
View our curated selection of books. Click to explore.
click to open popover
Start reading The Demon Stone on your Kindle in under a minute.

P J YOUNG
4.0 out of 5 stars A ripping yarn
Reviewed in the United Kingdom on 28 July 2014
Verified Purchase
At last a good and fluid read that does not require the entry of a "full on super hero or heroine" to embellish the story. Thanks, Christopher.

However, from my experience, the only African demons that I know are comfortable at the bottom of a lake are hippos and crocs and even they have to come up for air. So, till we meet again perhaps?
Read more
One person found this helpful
Report abuse

Clark
4.0 out of 5 stars The struggle between good and evil. . .
Reviewed in the United States on 19 November 2017
Verified Purchase
I liked the fact that the storyline alternated between the past in Africa and current day in Minnesota. The author did a good job of character development and depicting the struggle between good and evil. Kevin Houdek alternated between being a strong sensible man and being on the verge of a complete breakdown because of what happened in Africa. Besides the angst normally experienced by teenage girls, his daughter Beth had to try and cope with the changed man her father was after returning from Africa, her parents’ subsequent divorce, and the murder/suicide of her grandparents.

The character Dr. Bill Marsh was both interesting and irritating. He truly wanted to do good in the world by helping people, that’s why he left a lucrative practice in the States and went to Africa, but he was arrogant and rude. The saying “He may not always be right, but he’s never in doubt” definitely applied to him. Liz Pemberton was intelligent and likeable – the “conversation” between Liz and Agbado was riveting.
Read more
Report abuse

Kindle Customer
5.0 out of 5 stars The Demon Stone
Reviewed in the United States on 16 October 2016
Verified Purchase
This story captures the essence of not just evil but feelings in general. We as humans have it all. The stone was POWER. The possessed have a choice do the use it for EVIL, GREED and POWER? It relayed the message that it would bring out what you chose to be. So would it be a force for GOOD WITH A GOOD PERSON. PROBABLY NOT..IT WAS USED BY CAIN TO SLAY ABLE! Saturated with his blood. I never heard it said that Cain repented or apologized for what he did. EVIL LIVES ON ! A GREAT TALE...I RECOMMEND!!
Read more
3 people found this helpful
Report abuse
See all reviews
Back to top
Get to Know Us
Make Money with Us
Let Us Help You
And don't forget:
© 1996-2021, Amazon.com, Inc. or its affiliates