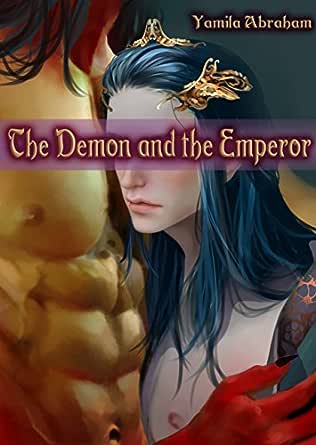 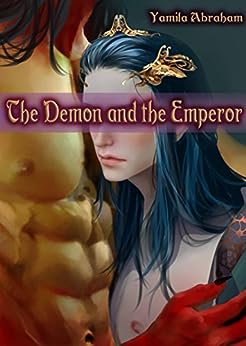 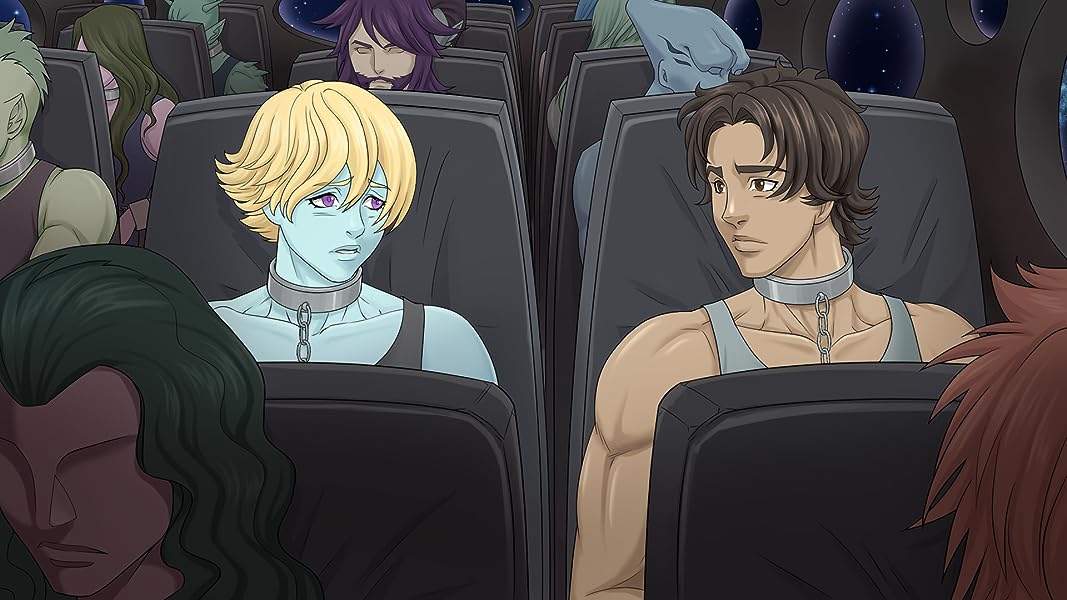 3.9 out of 5 stars
3.9 out of 5
26 global ratings
How are ratings calculated?
To calculate the overall star rating and percentage breakdown by star, we don’t use a simple average. Instead, our system considers things like how recent a review is and if the reviewer bought the item on Amazon. It also analyses reviews to verify trustworthiness.

Fox
3.0 out of 5 stars Pretty cover but the book disappointed me
Reviewed in Canada on 17 March 2016
Verified Purchase
I should be giving this book 2 stars, but the cover is so beautiful that I think it deserves an extra star just for that.

Feeling very let down as there was nothing to the plot whatsoever and no character development. I could have enjoyed it for the sake of relationship but I had even more problems with it.

I had high hopes for this one but alas.
Read more
Report abuse

Sallie
5.0 out of 5 stars Enjoyable
Reviewed in Canada on 2 August 2018
Verified Purchase
I like the kinky demons.
Read more
Report abuse

egglorru
5.0 out of 5 stars Hot men, an interesting unpredictable story, and what those hot men do in bed: the perfect recipe
Reviewed in the United States on 21 November 2015
Verified Purchase
Oh jeez, where to start. I loved this story and all the surprises it threw at me! The mystery surrounding Dionese's need for summoning a demon sucked me straight into the story from the first page and kept me there as his heritage, ascension to the throne, and the intricacies of his interactions with his court were revealed. The twists and turns of the story had me increasingly eager to find out what happened next, and some of them blew me out of the water (the Underworld, seriously! Never expected it to be anything like that!)

And the characters are not only interesting, developed and flawed, but also surprising in their own right. The man you think is lined up to be the villain turns out to be almost a father figure as well as reliable ally, and the summoned demon, Rodukjo, is written so differently from any demon I've read. He's everything you want - muscular, powerful, a little kinky and incredibly sexy - but also everything you'd never expect from a demon: wise, reliable, honest, and incredibly honorable. The way he uses his talents and personality to achieve the goals the Dianese summoned him for instead of his power was really interesting to read. And perhaps most surprising, Rodukjo's demon rival Centived, both more and less a villain than you expect him to be, triggers some incredibly fun and sexy action that I totally never saw coming.

Most of all, the delicate dance of resistance and acknowledgement and cunning and acceptance Dianese and Rodukjo play with each other is so titillating, and the way they arrive at their love is so soft and natural. Their lovemaking, however, has nothing soft about it ;D (and Rodukjo's story and the way he intersperses it throughout their first session, WHEW!) As I've come to expect from Yamila, that part of the story was seriously hot!
Read more
5 people found this helpful
Report abuse

Nande Monai
3.0 out of 5 stars Is there more?
Reviewed in the United States on 6 February 2017
Verified Purchase
There was a lot to like about this book from the start. I enjoy fantastical premises in my reading and this certainly had that, however, I feel it lacked on the follow through.

The two main characters start off pretty distinct but then their personalities grow more murky and settle into the comfortable tropes they were based on which I guess I should have seen them as from the start. This would be fine if it didn't feel like the rest of the story suffered at the same time. Things are glasses over too quickly or in the case of one pivotal moment, done off screen entirely missing out for a chance at depth for the characters involved. Yes, I know it's smut, but it had the groundwork laid to be something really good in this humble reader's opinion. And the last leg of the book came out of left field and felt like there without had run out of time and was trying to throw something punchy in. If there was some hint of that happening laid out earlier, if have less of an issue with it and as hot as it was meant to be, I found myself scratching my head more than I was able to engage with it.

All (perceived) missteps aside, I did like this book. I don't think there was enough offered for the price asked, and had I not read the preview, I probably wouldn't have picked this up (and there were months in between those two events while I debated doing so.) I would enjoy a sequel if that were to ever come to pass with more time taken to flesh out the characters. The universe was interesting and teased at pretty well, which was what lured me in, but the characters themselves are still a mystery. The conflicts also felt a little tepid as far as their importance and impact on the characters. More of their personal investment beyond (just because) would also be good.

If there’s ever a longer, more fleshed out sequel, I’d definitely pick it up.
Read more
Report abuse
See all reviews
Back to top
Get to Know Us
Make Money with Us
Let Us Help You
And don't forget:
© 1996-2021, Amazon.com, Inc. or its affiliates