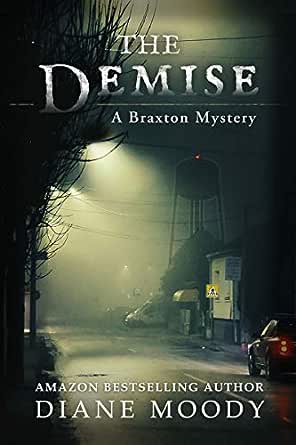 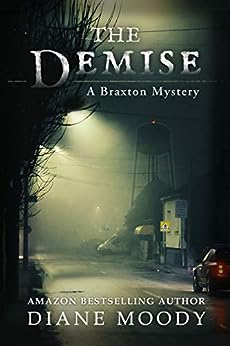 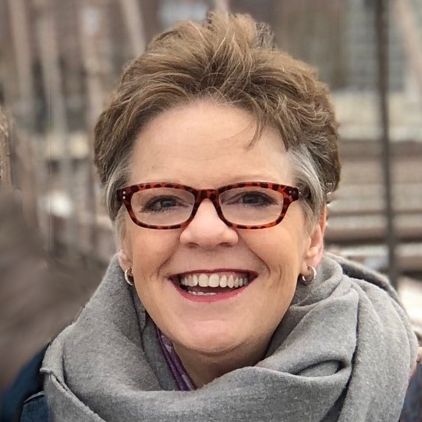 Lynne Clark
5.0 out of 5 stars Incredible reading
Reviewed in Australia on 23 July 2019
Incredible story, I can’t believe the ending happening like it did, a real shock
Read more
Helpful
Comment Report abuse
See all reviews from Australia

avid reader
5.0 out of 5 stars Good all the way through, and what a twist at the end!
Reviewed in the United Kingdom on 25 September 2015
Verified Purchase
This deserves 5 stars if only for the twist at the end which I, for one, had not seen coming at all - though in retrospect there are a couple of clues scattered around earlier which I had missed. But all the way through there are plenty of twists and turns, and the characters are clearly delineated, even if some of them are a bit black-and-white. Read and enjoy!
Read more
Helpful
Sending feedback...
Thank you for your feedback.
Sorry, we failed to record your vote. Please try again
Report abuse

Beverley Seale
5.0 out of 5 stars A really great read!
Reviewed in Canada on 22 March 2017
Verified Purchase
I thoroughly enjoyed this book. Loved the mystery and great characters, a menagerie of quirky, serious, cranky, fun loving, nasty, normal everyday kind of people. It kept me turning pages pretty much non-stop from beginning to end. I loved the ending. You gotta read this one!
Read more
One person found this helpful
Helpful
Sending feedback...
Thank you for your feedback.
Sorry, we failed to record your vote. Please try again
Report abuse

Olive
5.0 out of 5 stars Great read!
Reviewed in Canada on 31 January 2018
Verified Purchase
The story was a good one, and I would never have guessed the ending! The heroine was irritating at times though, and I wanted her to grow up.
Read more
One person found this helpful
Helpful
Sending feedback...
Thank you for your feedback.
Sorry, we failed to record your vote. Please try again
Report abuse

Lillian Ammann (Lillie)
2.0 out of 5 stars Disappointing
Reviewed in the United States on 12 June 2017
Verified Purchase
I have enjoyed several of Diane Moody's novels, but this one was a disappointment. I didn't like either of the main characters and didn't feel that their actions matched their professed faith. Of course, all of us Christians sin and make mistakes, but their repeated deception and temper tantrums were excessive. The ending wasn't satisfying, either.
Read more
24 people found this helpful
Helpful
Sending feedback...
Thank you for your feedback.
Sorry, we failed to record your vote. Please try again
Report abuse
Load more international reviews

Kindle Customer
1.0 out of 5 stars Cosy mystery
Reviewed in the United States on 2 March 2017
Verified Purchase
Got barely into this and realized it really fits into the genre of a cosy mystery. Okay, I don't mind those, so I kept reading. What a disappointment. The heroine is constantly disobeying orders from law enforcement, while pretending to be a Christian. Maybe it was intended to be funny or romantic, but it was neither. I wish I could get my money back for this one.
Read more
26 people found this helpful
Helpful
Sending feedback...
Thank you for your feedback.
Sorry, we failed to record your vote. Please try again
Report abuse

R & N
4.0 out of 5 stars Surprise! Surprise?
Reviewed in the United States on 3 December 2016
Verified Purchase
Sometimes it seemed you could guess what was coming next, other times you were surprised! Kind of like life, huh??? From the beginning, the author carries the reader on a guessing-game-quest of did he or didn't he jump. Was it suicide or murder? Just when you thought you might finally have it, the new information revealed makes you guess again or question your suspicions. All in all, an interesting mystery with colorful characters. The author's writing skills literally "flesh-out" the characters so well they form pictures in your mind. Multi-faceted human characters with gifts galore and challenges a-plenty seemed to be the order of the day. Does good win out or evil? As we often do, my spouse and I read this together. We both declared it an excellent book but couldn't quite agree on the four or five stars. We needed a four and a half! Having said that we recommend the book and agree it's a good mystery worth the read. Enjoy!
Read more
11 people found this helpful
Helpful
Sending feedback...
Thank you for your feedback.
Sorry, we failed to record your vote. Please try again
Report abuse

Trulia Smith
5.0 out of 5 stars Took Me by Surprise! Truly enjoyable!
Reviewed in the United States on 29 September 2015
Verified Purchase
The death of Peter Lanham has everyone in the town of Braxton, Tennessee understandably shaken, but then it’s not every day someone commits suicide by taking a swan dive off the water tower. Especially not the beloved CEO of Lanham’s Fine Foods. After all, Lanham was rich, handsome and a lover of life, but was he also murdered?

That is what Matt Bryson of The Tennessee Bureau of Investigations and intrepid actress Julia Parker intend to find out. *sound of screeching brakes* Did someone just say “actress”? Yes, actress. It makes perfect sense since she played Ms. Marple on stage. It’s qualification enough, in Ms. Parker’s narrow view, but not in Bryson’s. He insists his colleagues go get a degree in criminology and learn correct police procedures before working on murder investigations, but he’s never run up against someone like the luscious Ms. Parker before … or tripped over his own tongue which is part of the problem.

This is the premise of author Diane Moody’s hilarious romp of a murder mystery. I was not expecting this and thoroughly enjoyed every second of this sparkling brew! The humor, characters, writing and plot conspired to make this an absolute winner.

Julia Parker is just the most delightful character. How can you not love a virginal aspiring actress who prays before each meal? It’s no wonder Matt Bryson can’t keep his hands off her oops did I say that? And her stubbornness in continuing to stick her pert nose in places it doesn’t belong lands her in all kinds of trouble, and that’s lucky for us! OMG, what she doesn’t do!

Ms. Moody has done a superb job—right up until the end. Yup, the ending is poi-fect! Loved it and didn’t see it coming. So if you feel a good book coming on, it’s probably this one. Curl up with a cup of tea or hot chocolate and be prepared to be entertained. Great job, Ms. Moody! I shall be reading you again. Definitely five stars!

SimplyReads
5.0 out of 5 stars Diane Moody has done it again!
Reviewed in the United States on 7 October 2017
Verified Purchase
When the book commences with a suicide, it left little to my imagination. But was it actually a suicide, or was there another person on that watertower? TBI agents want answers, but so does the media face for the deceased business man's company. With the turns and twists, added mystery, and personalities that develop with the story, this reader was soon "caught up" in this book. Reading this mystery kept me awake on a flight from Nashville to Houston. (I NEVER stay awake on airplanes.) I could not put the book down last night until it was finished! I admire Moody's ability to bring characters to life and to paint pictures of scenes that make her readers feel like they can actually picture the settings in her stories.
Read more
6 people found this helpful
Helpful
Sending feedback...
Thank you for your feedback.
Sorry, we failed to record your vote. Please try again
Report abuse

lindy
5.0 out of 5 stars Great Story!
Reviewed in the United States on 19 August 2014
Verified Purchase
Diane Moody is at the top of my "favorite author" list! This book does not disappoint. The story moves quickly with great character development. The author has a delicious skill in describing each character's actions so the reader immediately sees the scene. I am always pleased with Diane's accuracy of detail, plus as the reader, I don't have to tolerate typos and grammatical errors. The references to a character's faith is never offensive, but done with great wisdom. WOW....the ending! What a kick. Loved every minute of the book and looking forward to the next one!
Read more
40 people found this helpful
Helpful
Sending feedback...
Thank you for your feedback.
Sorry, we failed to record your vote. Please try again
Report abuse
Load more international reviews

hikermom
2.0 out of 5 stars Good, and at the same time, a little disappointing.
Reviewed in the United States on 3 February 2018
Verified Purchase
It was very suspenseful. But I was very disappointed by the main character, proclaiming to be a Christian, but then seeing nothing wrong with lying, stealing and breaking promises. And never being called out on it by the supporting character, a non-Christian, when she lied and broke her promises to him, while proclaiming to him that God is the most important thing in her life. She just tried to justify her lying.
Read more
3 people found this helpful
Helpful
Sending feedback...
Thank you for your feedback.
Sorry, we failed to record your vote. Please try again
Report abuse

V. Rhodes
1.0 out of 5 stars Another example of poor writing/editing, also from the synopsis
Reviewed in the United States on 13 August 2015
Verified Purchase
Just reading the synopsis on the order page should raise some red flags as to writing quality. When the verb tenses don't agree: "...had taken a small, family-owned grocery store founded in 1927, and grew it..." Really? Not "grown it"? Another example of poor writing/editing, also from the synopsis: "...but he's got perfectly capable of solving the case...". Please PLEASE have your book edited by a competent editor. It's embarrassing to find these kind of errors in the description, much less in the book itself.
Read more
23 people found this helpful
Helpful
Sending feedback...
Thank you for your feedback.
Sorry, we failed to record your vote. Please try again
Report abuse

DancrsDelite
3.0 out of 5 stars A good twist, but. ...
Reviewed in the United States on 16 February 2017
Verified Purchase
The end had a great twist, but the two leading characters relationship was not believable or dysfunctional at best. The leading female claimed to love Matt, but at every turn demonstrated a lack of respect and a lack of considering another person. She exemplified self-centeredness and no growth; she was flat and one-dimensional. It takes more to be Christian fiction than to just throw in a prayer here or there.
Read more
5 people found this helpful
Helpful
Sending feedback...
Thank you for your feedback.
Sorry, we failed to record your vote. Please try again
Report abuse