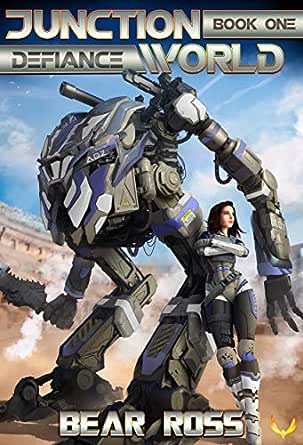 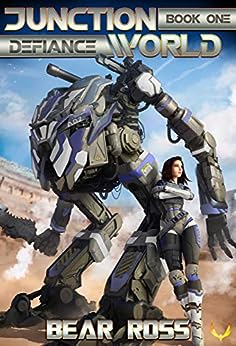 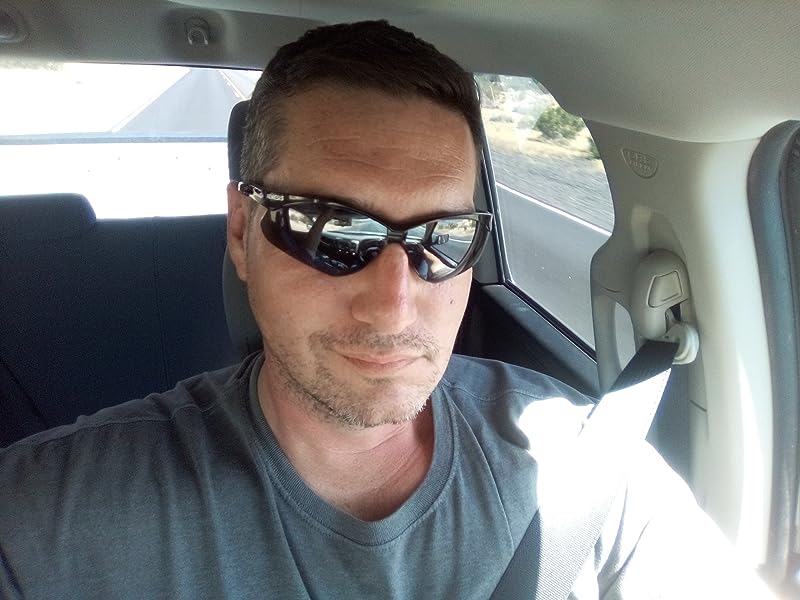 Bring out the mechs and fire up the chainsword. Ready. Fight!

Mech Pilot Jessica Kramer fights to survive in the armored arenas of Junctionworld, like her father and brother before her. She’s good, but not as good. If she ever hopes to be better, she’ll need to stop getting in her own way.

When she discovers the circumstances behind her famous brother's death were more than just a result of the games, her path turns to vengeance. The deeper she digs, the harder the truth becomes, and the more sinister the plot to eliminate her as well.

Renegade cyborgs, inter-dimensional menaces, and the mysterious forces that destroyed her brother are closing in from every direction. Jessica needs to stay one step ahead or she'll have one foot in the grave. And if she ever hopes to uncover the conspiracy against her family, she’ll have to overcome her personal demons first.

If you’re a fan of Stargate or Battletech, with shades of Gladiator mixed in, you won’t want to miss this thrilling science fiction adventure from debut author Bear Ross.

Sam Hart
5.0 out of 5 stars Mechs and aliens and an angry, angry heroine.
21 October 2019
Format: Kindle EditionVerified Purchase
It’s the book of the movie of an epic, cult 80s mech sci fi movie that never existed. And it’s set in a world that is likewise the best late 90s computer game never made. Seriously, this is a VERY fun book.
Read more
Helpful
Comment Report abuse

F Miller
5.0 out of 5 stars I loved this book
8 December 2019
Format: Kindle EditionVerified Purchase
Very imaginative setting, fast paced but with enough twists and turns to keep me reading long into the night.
Looking forward to the next episode.

Robert DeFrank
4.0 out of 5 stars Mecha battle in an alien multiverse!
10 November 2019 - Published on Amazon.com
Format: Kindle EditionVerified Purchase
Ross kicks off a fun story with a cool setting and themes, and some incredible mech combat. Jessica is a flawed underdog of a main character, cocky and abraisive in many ways, but the reader can’t help loving her guts and pluck. I was rooting for her all the way, both that she’d achieve victory over her opponents and herself.

The plot is a classic once and Bear pulls it off to perfection: two fighters being moved like chess pieces by the arrogant SOBs in control of their lives, with Jessica undergoing some interesting trials and side-quests as the big match looms closer, and we get a knock-down drag-out mech might to end all mech fights.

My only issue is I’d wish for more of a definitive ending, and I don’t know what the next installment holds, now that the formula for the first book has been used. I hope to be pleasantly surprised.

And on a side-note, the audible book is perfect and certainly recommended.
Read more
2 people found this helpful

Ecualegacy
5.0 out of 5 stars Self-Same Recommends! Priority Utmost!
4 November 2019 - Published on Amazon.com
Format: Kindle EditionVerified Purchase
Oh, yeah! First-rate world-building, believable characters and MECHS!!! Junctionworld leaves the gate (in-story pun intended) guns blazing! It revs up with a heart-wrenching beginning then belts out a story of betrayal, self-destruction, oppression, redemption and battle-filled peril! At that, the book did a fine job of balancing character development with action. I totally bought into Jessica Krammer’s personality and struggles to the point that I almost hated her by the end of the first half only to find my heart breaking for her during the second.

Speaking of characters, I LOVED to despise the smug, autocratic aliens: evil, otherworldly sociopaths whose Code is the only thing keeping them from totally dominating their alien slaves. In fact, the supporting cast of aliens almost stole the show: from a simian-ascended cuddly gorilla-like being to a skunky tech nerd. And the battles! Talk about a feast for mech-fighting fans!

If you didn’t pick up the audiobook, you’re missing out! The narrator’s performance (Emily Woo Zeller) was top-notch, with a compelling portrayal of emotional states matched only by a repertoire of alien mannerisms. My hat’s off to both the author and the narrator. I understand this is Bear Ross’ debut novel and he did a great job! Bravo!
Read more

kR McClellan
5.0 out of 5 stars Great Story in a Well Planned Out World
16 November 2019 - Published on Amazon.com
Verified Purchase
This book has done a great job of creating a world of aliens, vehicles, and mechs without being cliche about any of it. Young Mech Pilot Jessica Kramer has a lot to learn, but when she discovers a deep, dark family secret, she is thrown into a scenario where she is not given much time to learn the necessary lessons. She must rely on unlikely friends, and some natural ability her family was notorious for. And WOW, that narrator is awesome! Her characterizations of the cast of characters is second to none. A very enjoyable listen, and I highly recommend it. Can't wait for book two.
Read more

TD on Amazon
5.0 out of 5 stars The first step of a recovery and discovery journey
9 December 2019 - Published on Amazon.com
Format: Kindle EditionVerified Purchase
The world is rough, but she's tougher! This is a mech pilots comeback from tragedy toward triumph. The characters are gritty and raw, in an even rougher world, and it holds your attention as unlikely bonds form. This was engaging and well crafted. I enjoyed it and recommend this book to any fans who want more thsn just simple mech combat.
Read more
Go to Amazon.com to see all 33 reviews 4.6 out of 5 stars
Get FREE delivery with Amazon Prime
Prime members enjoy FREE Delivery and exclusive access to movies, TV shows, music, Kindle e-books, Twitch Prime, and more.
> Get Started
Back to top
Get to Know Us
Make Money with Us
Let Us Help You
And don't forget:
© 1996-2020, Amazon.com, Inc. or its affiliates