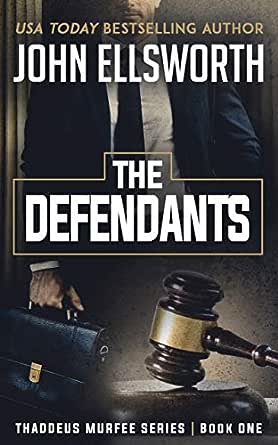 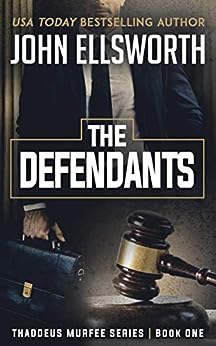 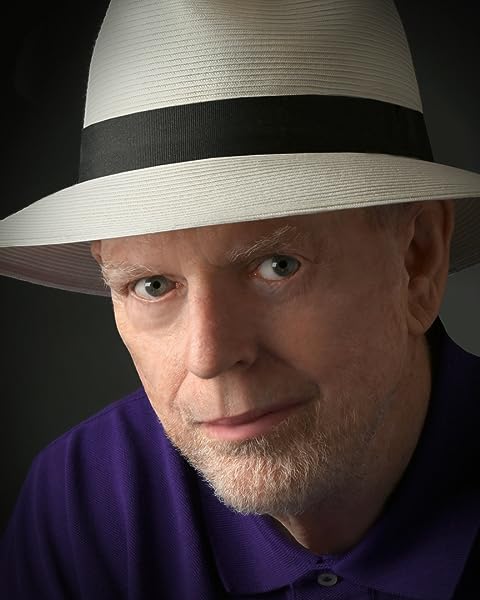 "This is the second book that I read by John Ellsworth. I first read A Young Lawyer's Story, a prelude to the Thaddeus Murder series. Ellsworth keeps a book moving quickly. His characters are realistic, his plots are twisted and threaded (a good thing). Net, if you're a fan of courtroom drama, you'll love his books."

"When your competition in the writing of legal thrillers are John Grisham and so many others, it's not an easy genre to be successful. But John Ellsworth does an admirable job in this book - the first of a series featuring attorney Thaddeus Murfee."

"First, this book is one of the best I have read for a while. It reminds me of John Grisham, one of my favorite authors, but the part that makes it fun is where it is placed. I was born and raised in Illinois, so I love reading books that take place there. Small towns like this are much more prevalent than the big cities like Chicago, but John Elsworth portrays both accurately and with evident regard. Since he writes about what he knows, there is a familiarity with the subject that gives the story a feeling that the reader is really there. I look forward to seeing what happens to Thad in later books. Thanks, John, for sharing these great folks with us."

"John Ellsworth is an incredible wordsmith. I began with his 1st book "The Defendants" and discovered an exciting protagonist, Thaddeus Murfee. The book was a non-stop "thriller". Literally, I could not put the book down and read it in one day. Mr. Ellsworth develops his characters so completely that one feels as if they have known them all their lives. Mr. Ellsworth takes us on a whirlwind trip in this, his first, Thaddeus Murfee Novel. "The Defendants" is a do not miss book."

4.3 out of 5 stars
4.3 out of 5
1,178 global ratings
How are ratings calculated?
To calculate the overall star rating and percentage breakdown by star, we don’t use a simple average. Instead, our system considers things like how recent a review is and if the reviewer bought the item on Amazon. It also analyses reviews to verify trustworthiness.

Pam
TOP 500 REVIEWER
5.0 out of 5 stars Great legal thriller.
Reviewed in Australia on 14 January 2018
Verified Purchase
This novel was a very enthralling legal novel, despite its awkward writing style - going backwards and forwards and all over the place. However, the plot was terrific and engrossing and the protagonist (Thaddeus Murfee) very believable in his bumbling style. The style of his writing left much to be desired, and the novel was rescued because it was such a great legal thriller, but I would hope that his next novels are better written.
Read more
Helpful
Report abuse

Jenny B from Echuca
5.0 out of 5 stars The Governor ‘in bed’ with the mob......
Reviewed in Australia on 21 May 2018
Verified Purchase
A young mother set up for murder, and if she is convicted, she will be executed! Thaddeus must save the day against crooked government officials when he has very little experience as a lawyer, but he has a secret weapon- his paralegal. Can he do it? A thoroughly engrossing story hard to put down, thanks John!
Read more
Helpful
Report abuse

Kerry Graham
4.0 out of 5 stars The Defendants - Good readably fiction
Reviewed in Australia on 17 June 2014
Verified Purchase
Not a bad read. A little all over the place. The Author kept it going to the end although could have finished with another twist..
Read more
One person found this helpful
Helpful
Report abuse

Amazon Customer
1.0 out of 5 stars A Courtroom Farce
Reviewed in the United Kingdom on 12 January 2016
Verified Purchase
This author claims to be a lawyer but does not have a clue about the law; if he is a practising lawyer he must have some of the most unfortunate clients ever, and be working before some of the most relaxed and ignorant judges in the world. I have not gone nitpicking in the book but I have just checked some of the most obvious nonsense that jumped off the page and bit me. For instance, the rookie lawyer tells the judge that he does not know someone's whereabouts and the following day that person is produced as a witness in that judge's court. If the author is to be believed, either American lawyers are quite prepared to tell big black lies to a judge, or American judges are not intelligent enough to put two and two together ... or both. My not-very-learned friend then has the same rookie lawyer not only successfully subpoenaing an FBI special agent as a witness but producing her in court without giving any notice to the prosecution - the author, the FBI agent, the turkey lawyer and the prosecutor all blissfully unaware that FBI agents cannot be compelled to appear by a state court, let alone by a lawyer's subpoena. The FBI agent then meekly gives evidence during which she voluntarily spills, in open court, the beans about an ongoing investigation of the State Governor and the Attorney General for corruption. These are just a couple of examples from a book that is an insult to the reader's intelligence - the whole book is bursting with this type of idiocy.
Read more
12 people found this helpful
Report abuse

StevieLD
2.0 out of 5 stars Not the best
Reviewed in the United Kingdom on 24 September 2015
Verified Purchase
Well if you start this you will probably finish it just to see how it ends.

I have three criticisms; Firstly the text is written in American slang/grammar. You would expect the speech to be written that way but not the prose. Sometimes I had to read a sentence three times to understand it. Very annoying. Secondly it was not edited properly, we had the District Attorney referring to the defendant as "my client" and a witness looking at the dead man in the witness box (because the wrong name was used). Lastly, is it really feasible that this lawyer, young and green though he is, to need his secretary to tell him how to run the case or file a subpoena?

It drags along with pages of irrelevant detail and then it all starts to happen at around 82% in.
Read more
5 people found this helpful
Report abuse

Penelope Truscott
5.0 out of 5 stars thoroughly enjoyed it
Reviewed in the United Kingdom on 7 August 2014
Verified Purchase
A legal thriller that kept me interested right to the end. I found that the legal comments were easy to understand and convincing. The author obviously knew about the law. It was nice to have a large section of the town side with the accused. I was also very pleased that it had a really good ending as so many of the books I have read lately peter out at the end. I got this book free so it was a nice surprise. I look forward to reading more of this author and recommend this book.
Read more
4 people found this helpful
Report abuse

Chester Studzinski
5.0 out of 5 stars Not a whodunnit
Reviewed in the United Kingdom on 16 August 2020
Verified Purchase
Unusually for a book like this, the reader knows whodunnit, why they dunnit and what there next move would be. We also knew that the accused was innocent. The mystery was how our hero would prove his client's innocence. Enthralling story with great characters. Look forward to the next one.
Read more
Report abuse

Cherry Hammett
4.0 out of 5 stars The Defendants
Reviewed in the United Kingdom on 12 November 2017
Verified Purchase
I read John Ellsworth's " A Young Lawyers Story" an introduction to this series and enjoyed the build up of Thaddeus Murfee's character. Really enjoyed "The Defendants" I like the way Ellsworth shows that Thaddeus is inexperienced, and is in fact learning on the job. I also love the way we are being introduced to the other characters in the town. Now about to start "Beyond A Reasonable Doubt" can't wait!
Read more
Report abuse
See all reviews
Back to top
Get to Know Us
Make Money with Us
Let Us Help You
And don't forget:
© 1996-2021, Amazon.com, Inc. or its affiliates