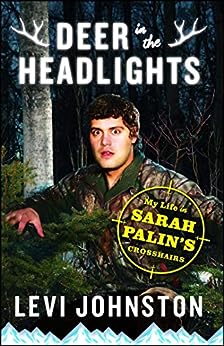 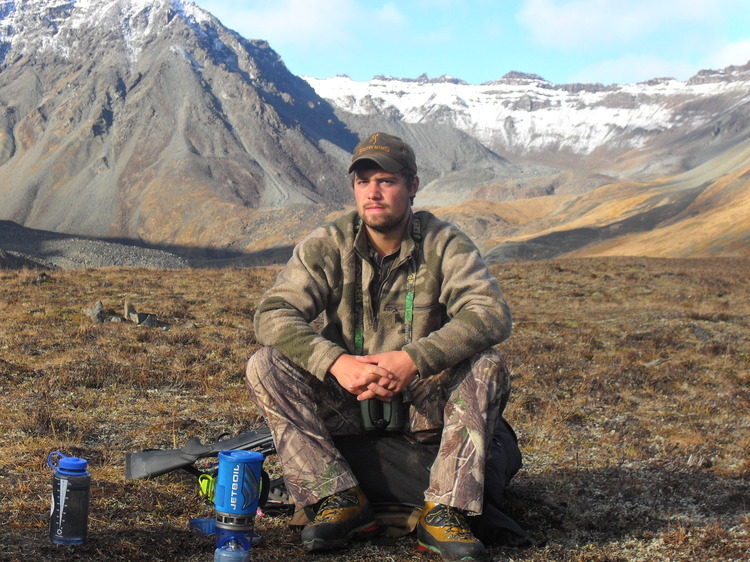 Deer in the Headlights: My Life in Sarah Palin's Crosshairs Kindle Edition

Levi Johnston was born in a tiny Alaskan town perched on the edge of untamed wilderness. Johnston, twenty-one, has been an outdoorsman since he was big enough to hold a fishing rod and aim a rifle. He has worked as an electrician’s apprentice and roustabout in Port Valdez and on Alaska’s North Slope. After his appearance as an honorary Palin family member at the 2008 Republican National Convention, Johnston modeled for Playgirl and was profiled in GQ, Vanity Fair, and New York Magazine and a guest on Today, The Last Word with Lawrence O'Donnell, and Larry King Live. He is the father of a young son, Tripp, and lives in his hometown of Wasilla. --This text refers to an alternate kindle_edition edition.

I'm an Alaskan hunter and fisherman. I also am the father of Sarah Palin's grandson. This has cast me in an unintended role in America's most delicious drama

I have gone from being Sarah Palin's second son, as she used to call me, to her favorite punching bag...little better than a pile of squirrel scat. To correct the image she's painted, and hoping I'll have decent access to my son, I'm revealing uncomplimentary information. I'm doing this so my boy, in a decade or two, will know the true story--and can feel good about his dad. It's a choice, Sarah or me.

To know how this strange mess came to be, readers need to learn who I am, where I came from, and where I'm going. My childhood in the Land of the Northern Star; my bond with the males of my family and my love for my mother and my sister--all play a part in my story. Reporting my tale makes me both laugh and cry; it is the truth.

3.6 out of 5 stars
3.6 out of 5
43 global ratings
How are ratings calculated?
To calculate the overall star rating and percentage breakdown by star, we don’t use a simple average. Instead, our system considers things like how recent a review is and if the reviewer bought the item on Amazon. It also analyses reviews to verify trustworthiness.

StreetwiseTucsonSmart
4.0 out of 5 stars `15 minutes of Big Brother-ish fame'
Reviewed in the United Kingdom on 29 January 2013
Verified Purchase
An interesting read from the ex-teenage boyfriend of the daughter of the former Governor of Alaska Sarah Palin.

I'm unsure however how much credence can be given to his reminiscences though, which are more a potted history of his life `highlights' rather than life-story. Perhaps this is because a 22 year old cannot possibly claim to have a `life story'.....so what is this book? My guess, a vague attempt at `setting the record straight', with a touch of youthful boasting (about the small town boy that made good) and perhaps an edge of wanting to embarrass US political `superstar' Sarah Palin.

My reason for purchasing this book is that I'm intrigued and inquisitive about Sarah Palin, who was the Republican VP candidate in the 2008 US presidential elections, and I'm on something of a mission to learn more about the divisive woman. Prior to reading `Deer in the Headlights', my knowledge of Levi Johnston was solely based on his tenuous link to the Palin family (ex-boyfriend of Bristol Palin, the eldest daughter) and his saucy cover-spread in Playgirl magazine.

Johnston's writing style is better than I assumed it would be, although the narrative is jumpy and repetitive. He zone's in-and-out on Palin anecdotes, mingling with events from his & his family. His aside's to the Palin's were interesting, but nothing more than gossip. His detailing and `insights' of the Palin family are neither flattering or necessary. He digs around and comments on what should be private family matters, such as level of faith, sleeping arrangements, even what they wore while at home. Although he has perhaps been treated poorly by the Palin's, in writing this book I'm not sure he's bitter so much as disrespectful in his retelling of his time with the Palin's before and during the '08 election.

He goes in depth about his relationship with Bristol Palin and his fatherhood of their child Tripp. He seems like a nice lad and I enjoyed his honesty & humour around his experiences, particularly being a Playgirl centrefold. However, his forays in to celebrity are all a little too much `15 minutes of fame Big Brother-ish'.

On the whole an interesting, if unbalanced, read of a young guy being flung in to the media spotlight, in which he seems thankfully able to swim. Worth a read if you're interested in this kind of thing...
Read more
One person found this helpful
Report abuse

P. Block
3.0 out of 5 stars The Other Truth
Reviewed in the United States on 11 September 2014
Verified Purchase
Interesting, conversational--like hearing him speak. After reading other books by folks who were close to the Palin's, as well as watching the presidential campaign pan out AND enduring the aftermath, I found myself not a bit surprised to believe in the truth of what Levi was saying in contrast to the "True Adventures of Being Palin." The conversational style points out only too clearly just how young and immature Levi probably still is. However after reading of his experiences, I am eternally grateful that the presidential election did not elevate Mommy Palin to a spot next to the most powerful position on earth. Just the thought is frightening! I also fervently hope Levi is given his rightful chance to guide his son in a way that is practical, honest and approaches reality. This book was interesting but not on a Top 100 list by any means.
Read more
8 people found this helpful
Report abuse

Jean-Paul A. HELDT
3.0 out of 5 stars First-hand inside account of a very dysfunctional family from the perspective of a fly on the wall
Reviewed in the United States on 23 August 2012
Verified Purchase
This 289-book by Levi Johnston is an easy read, detailing his romantic relationship with Bristol Palin, the elder teenage daughter of Alaska Gov. Sarah Palin, sometime in 2008, when Sarah had been selected by Sen. John McCain as his VP running mate.

Levi, a teenager himself when he "knocked up" (impregnated) Bristol, gives us his first-hand inside account from the perspective of a fly on the wall, e.g., parents interacting with their offspring (pp. 52); going to church and saying grace before a meal (pp. 53; 135). Besides and beyond the dubious ethicality of "spilling the beans" as an insider, perhaps Levi's primary motivation was to "clear his own name," and, in the process, let the grime hit the fan, and see what happens. What happens is, indeed, pretty ugly, and, inevitably, Levi quickly loses his status as Alaska's governor "best friend" (pp. 1).

Bristol should have known better, or could she?

* Even though raised, at least living in the same house as her Christian-values brandishing mother, she became quickly, perhaps too quickly, intimate with her hunky boyfriend. Perhaps she was simply following her mother's role model (pp. 179). "Dom[inic] and i always wanted [chewing Red Man (tobacco)] because our dads were doing it. As the saying goes, "Monkey sees, monkey does!"

* Levi's attraction to Bristol was pretty physical; he writes, "Her body drove me crazy. All those curves and everything" (pp. 49); and further, "She was the sun of my life. We became secret camping lovers, scraping gnarly gnats off our lips before we kissed [...] i used up more energy undressing her with my eyes that i did tying on flies. I love you [...] and before i finished, she'd said the same thing to me "(pp. 61; see also 168; 178). Such physicality is, indeed, typically not a good basis for building a lifelong committed relationship.

Levi's entire story reads like a soap-opera, in which the dirty laundry is washed in the eye of the public, and the ultimate judgment rendered by the Supreme Court of public opinion.

No doubt, Palin fans will lift some of Levi's statements out-of-context to suit their self-righteous indignation, and Palin-detractors will use other statements by Levi to keep their own rumor mill running.

Such are the risks when one commits to paper one's emotional outbursts.
= END =
Read more
6 people found this helpful
Report abuse

Richard Lemieux
1.0 out of 5 stars Story of an ego, nothing more.
Reviewed in the United States on 8 October 2015
Verified Purchase
This book is mostly about his ego. This guy used the Palin name to promote himself. I did enjoy hearing how bad it is in the palin house but the writing is very poor and makes it hard to read.
Read more
2 people found this helpful
Report abuse

Orpington
5.0 out of 5 stars Down to earth narrative that is gripping
Reviewed in the United States on 15 February 2014
Verified Purchase
Levi gives his story as though he is speaking directly to his readers; not shooting for a literary classic but for honesty whatever the cost.
He readily admits the faults within his own family including his own.
His depiction of the Palins is mild considering their ruthlessness toward Levine. Which demonstrates the good breeding in his own family.
Was not surprised the Paluns attend church only once a year because they show no Christian behaviors in their daily lives.
Tripp will obviously learn better values from the Johnstons.
Read more
7 people found this helpful
Report abuse
See all reviews
Back to top
Get to Know Us
Make Money with Us
Let Us Help You
And don't forget:
© 1996-2021, Amazon.com, Inc. or its affiliates