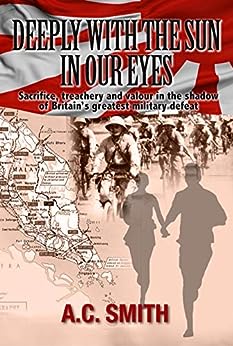 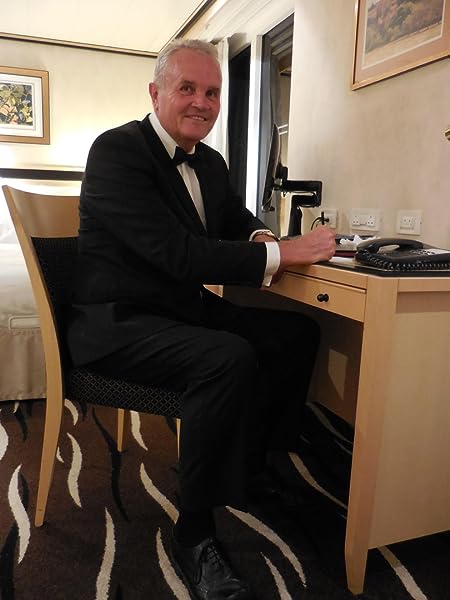 Deeply with the Sun in Our Eyes: A WWII Romance Thriller Kindle Edition

A.C. (Tony) Smith was born in Brisbane, Australia, to working class parents. Following two years at high school, he became an apprentice fitter &amp; turner in a shipyard, firing an ambition to go to sea. After studies in marine engineering, he served on ships sailing the Far East/America run as well as the New Zealand and Australian coasts.

He survived fires on two vessels. A collision in Vancouver Harbour while he was on engine room watchkeeping afforded his first exposure to the legal process. Subsequent court proceedings saw him change course entirely, viewing law as his ultimate destination.

First, he had to matriculate and, in doing so, worked as a farmer, car hop at a drive-in theatre and labourer at a milk processing facility.

Awarded a Bachelor of Laws at the University of Queensland in 1981, he became an articled clerk before being admitted to the Bar and practising as a barrister in most disciplines over the next 30 years.

He toured England in 1987 as an all-rounder in the Australian barristers’ cricket team. One of the highlights was compiling 45 in the defeat of the English Bar at Radley College, Oxford. The victory coincided with Australia’s Pat Cash winning the Wimbledon Championship.

Tony was elected for one term of the House of Representatives in 1996 and delivered nearly 150 speeches.

“Both the sea, the law and politics provided me with unlimited raw material upon which to shape and construct the many characters that infuse a writer’s mind.”

Being a devotee of history and classic literature has grounded the composition of his first novel.

Tony believes merit, not political correctness, is the sole criteria upon which success in any field must be predicated.

Luke
5.0 out of 5 stars Complex and rewarding
Reviewed in Australia on 12 April 2020
Verified Purchase
Great read. Authentic and a distinctive style. Worth your time.
Read more
Helpful
Report abuse
See all reviews

Amazon Customer
5.0 out of 5 stars Spellbinding.
Reviewed in the United States on 13 March 2020
Verified Purchase
I loved it. Complicated with so many characters. Surprise ending. If only I could speak the Crowns English so I would know what some of the terms mean.
Read more
Report abuse
See all reviews
Back to top
Get to Know Us
Make Money with Us
Let Us Help You
And don't forget:
© 1996-2021, Amazon.com, Inc. or its affiliates