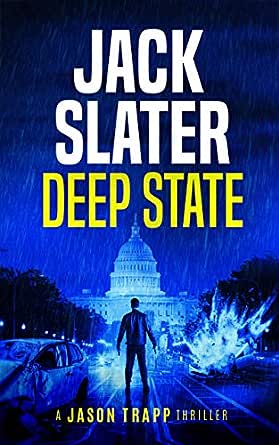 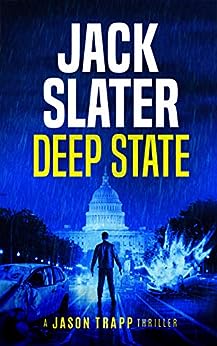 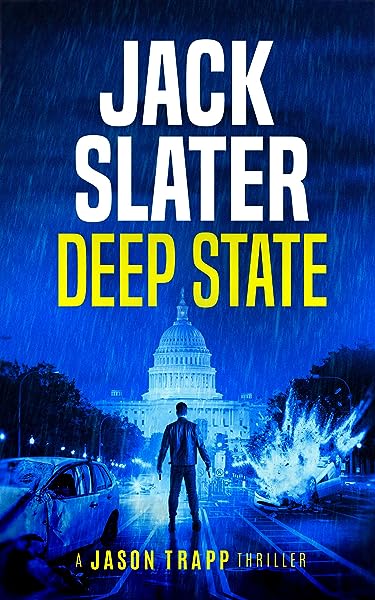 Long ago, men of violence ruled with an iron fist. They owed loyalty only to themselves. Their names were whispered, but never spoken. In parts of the world, those old traditions still hold strong. Power there spews from the barrel of a gun. Laws are shaped with lead, taxes paid in cold dread.

Because we too have those whose names are whispered. Men who know nothing but the gray zone between life and death, whose only calling in life is to do the things the rest of us dare not, the things that keep us safe.

Men like the Hangman, a covert operative whose feats became the stuff of legend. He was the tip of the spear—the man his country unleashed when all hope was lost.

Six months ago, someone sold him out. The Agency listed him as killed in action. He lost everything he held dear.

The Hangman is back. And he's looking for blood.

"Fans of Ryan, Reacher and Bourne will love betrayed CIA operative Jason Trapp, who stars in a pulse-pounding revenge thriller that threatens to be 2019's breakout hit."

Ryck
3.0 out of 5 stars A very good read, but...
12 August 2019 - Published on Amazon.com
Format: Kindle EditionVerified Purchase
I loved the story line, the characters were realistic and well developed and it was a very enjoyable read. That being said, I don't understand the need to use Jesus so often and in such vulgar terms. I was a combat medic for nine years during Vietnam. I heard and used a lot of cussing but never heard the term using His name in such a profane way that is used in this book. It totally distracted from the story. There is a great deal of profanity to choose from without such sacrilege. I can not recommend this book to my friends and will not be purchasing books by this author again.
Read more
71 people found this helpful

Sharon Bowen
5.0 out of 5 stars Nail Biter! Wow!
31 July 2019 - Published on Amazon.com
Format: Kindle EditionVerified Purchase
I have read nearly every crime novel written by David Baldacci and James Patterson, and I can say with certainty that Deep State, by Jack Slater, ranks high on my list as one of the best suspense novels I have ever read. I was immediately drawn into the setting of the story since it begins in Provo, UT, (a calm college city in Utah County where I lived for many years), with two terrorists boarding the Amtrak train. Then, the train proceeds to Colorado where just outside of Glenwood Springs, (where I also lived for about 10 years), the first attack happens. It doesn't really matter that I lived in these areas for over 25 years, but for me I was able to picture this train in the narrow canyon area just outside of Glenwood Springs and it made the action of the story very vivid and picturesque in my mind.
The story continues with Jason Trapp, a former CIA agent, trying to keep off of the radar of the CIA because they assume he is dead. He prefers it that way. But, the events that unfold in Boston, where he happened to be, made it so the patriot part of him could not sit back and let people be killed or injured when he could do something about it. From then on Jason tries to find out who is behind the terrorist attacks on our country, and who is also trying to kill him. He finally teams up with an FBI agent, Dani Carter, and they, along with a select few of other specialized agents, start to peal back the layers of this deep plot.
As with any crime novel, there is going to be guns, explosions, and killing. I appreciated that the author did not write about the people's deaths in graphic detail. Jack Slater gives enough of a picture to let you know what the scene looks like and that the terrorists used a variety of killing methods, but he does not spend more time on it than is necessary. Basically, the author is not asking us to focus on the gruesomeness of the deaths, but rather to focus on who could be orchestrating this whole disaster, and wanting the good guys to win.
I would highly recommend this book if you like crime novels, mystery and suspense, and good guy vs. bad guy kinds of stories. For Jack Slater's first thriller novel he has done an outstanding job, and I can't wait to read his next book in the series.

Steve Smith
2.0 out of 5 stars Unlikely Villains
29 September 2019 - Published on Amazon.com
Format: Kindle EditionVerified Purchase
This book has several good points, especially for an author's first novel.the characters are well-written and I could sympathize with them, at least the good guys/gal. The military technology sounded believable although I am not an expert. The story was developed quickly, but not abruptly.

A few issues soon three this story off track. An ominous clue was describing "one of the most level headed reporters" from CNN. Really ? CNN? Not even the Washington Post or NBC? Slate even?

It went downhill from there. The Waco debacle was written off as a few "religious nuts" . Then we are informed that an overpowering enemy has penetrated the most secret federal government intelligence and can not only read its secrets but issue its own orders even calling for a missile strike on a government building in Washington,DC! And who can marshal such an overwhelming assault? The Russians? The Chinese? A South American drug cartel even? No, it's white nationalists! Sorry! Even the Martians in H. G. Wells ' "The War of the Worlds" would have been more believable!

And finally President Nash faces an unprecedented conspiracy to destroy a president "not by political means,but by force" ? Not following the Mueller report very closely, are we?

Sorry! Maybe the author's next novel will be based on a more evenhanded worldview than CNN!

Kindle Customer
5.0 out of 5 stars There's a New Sheriff in Town
10 August 2019 - Published on Amazon.com
Format: Kindle EditionVerified Purchase
Robert Ludlum gave us Jason Bourne and Vince Flynn gave us Mitch Rapp, and now Jack Slater gives us Jason Trapp. Just who is Jason Trapp? Well, here is a description in his own words:

"Trapp had known the deal the moment he signed up. Maybe
not at first, with the Army; but, by the time he joined Delta,
Trapp knew what path he was on. Tramp had done his time.
He'd given almost twenty years of service to his country. He
never expected anything in return - once you enter the Special
Activities Division (of the CIA), you become a ghost - a disposable
asset. All record that you ever existed is wiped out."

This book is wall to wall action, and you will not want to put it down. A series of attacks throw the country into chaos, and to make matters even worse, it appears as if the FB I throughout the country is complicit with the perpetrators. As you might expect, Jason Trapp becomes involved to thwart the intentions of the bad guys.

I highly recommend this book, and am looking forward to the next book from this talented author.

Read more
14 people found this helpful
Go to Amazon.com to see all 206 reviews 4.7 out of 5 stars
Get FREE delivery with Amazon Prime
Prime members enjoy FREE Delivery and exclusive access to movies, TV shows, music, Kindle e-books, Twitch Prime, and more.
> Get Started
Back to top
Get to Know Us
Make Money with Us
Let Us Help You
And don't forget:
© 1996-2020, Amazon.com, Inc. or its affiliates