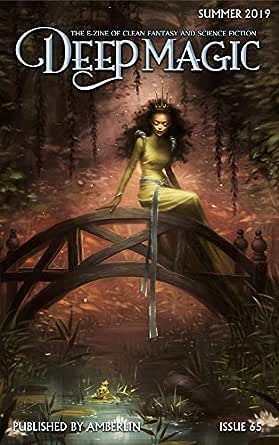 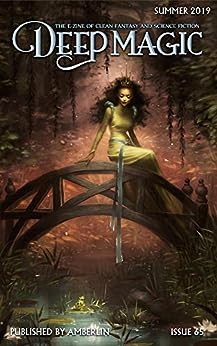 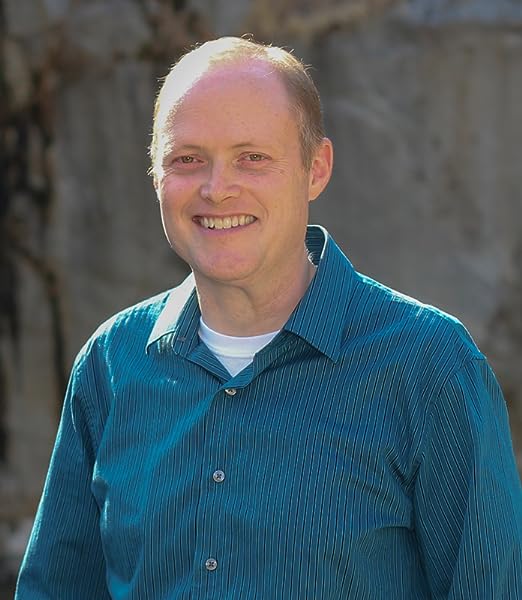 If you want to read gripping stories that don’t rely on sex, swearing, and graphic violence—you’ve come to the right place!

We're pleased to announce this new line-up of authors for our Spring 2019 issue!

Kindle Critique
5.0 out of 5 stars Love these short fantsy stories
26 December 2019 - Published on Amazon.com
Verified Purchase
I've just begun reading Deep Magic and think this is great! The only thing is I think these writers should continue their stories and let us readers know when the story has been completed or added too. The writers are very gifted, and again, proves that you don't need sex, drugs, alcohol, foul language or attitude to sell great fantasy that leaves the reader wanting more! Keep doing what you are doing!
Read more

Momma G's Husband
5.0 out of 5 stars Placeholder. {Edit} Very Happy with how this issue came together
10 June 2019 - Published on Amazon.com
Will edit this review later, when I'm not on my tablet. Except the excerpt for Lilac Plague, which I skipped, because I already have the book in my KU library, downloaded and ready to read later this month. Until then, allow this to suffice as evidence that this issue is worth the reading time, worth the price, worth reviewing, and worth inconveniencing myself to change devices (soon) to review properly.

In the current issue, I had a hand in picking three of these from the hundreds, so I won't comment much on them. Obviously they have my recommend.

"Expectation of Privacy" is thoughtful Science Fiction, without easy answers. Just the sort I like. The final version appearing here is even better than the initial (4 star) draft I read and gave a nod to - tighter story telling improved the pacing, some distracting elements were either cut or rewritten to aid the suspense.

"His Lady's Favor" is fantasy with a magical system that is both internally consistent and fresh. Character development is solid, and the challenges believable. In short, the world "breathes", letting the reader in to enjoy a moment of it. This was a five star, and probably my favorite of the issue.

Lutwidge Ranch, another I helped identify, has a voice all its own. I won't try and describe it here, but thought it a solid four star - read it for yourself and judge.

The Greatest Knife Wielder was not my choice. In fact, initially I was against it - and when the expected twist comes, it doesn't end as you might assume. This one has grown on me, I'd four star it now, though initially more ambivalent. Another fantasy, though magic is the the background, this is a story about character and the nature of showmanship, and the people that seek it out.

Hall of the Diamond Queen, another fantasy. You know, I'm not certain how to review this, except to say that it takes a skilled hand to tell a story, when you know how it will end, the twist, the reveal, every broad arc of the story - and yet you keep turning pages anyways, gobbling it up. This was that for me. No surprises, no novel twist or new idea, just a straight up, well written fantasy you can't put down.

Additionally, this issue included two novel excerpts. As I said above, I already had the Lilac Plague downloaded for my reading pleasure later this month, so I'll not review it here - but if I didn't - this piece would have been a valuable addition, introducing me to a new author I want to read, free of the potential expense of buying a new series, only to find I dislike it.

M. Cellier's "Voice of Power" is the second excerpt. Probably not for me, but glad I found out here. I won't rush out to buy this one, the pacing isn't quite there for me, and the plotting a bit convenient in the pages I read. Still, its a solid 3 star, and enough of a new idea, or at least a fresh take on an old one, that if I find a few extra days in my reading schedule, I may well pick the book up, to see how the story develops further. The potential is definitely there.

Kim
5.0 out of 5 stars Clean, quick, intriguing reads
19 June 2019 - Published on Amazon.com
I've always been a fan of fantasy and science fiction, but more and more, it's hard to find stories that aren't filled with gratuitous swearing and sex scenes. It's refreshing to know that I can read any story in Deep Magic without having to put up with such turn offs. Some of the stories still do have more violence than I like, and some tend to be rather dark, but I know the tension to make a story exciting has to come from somewhere. I also find that I like the short story format more than I expected. I like to read after putting the kids to bed, but I don't have much time before falling asleep, so it's nice to know I can start and finish a complete story in that time (Sometimes 2. Or 3). In this issue, I especially liked "His Lady's Favor" and "The Greatest Knife Wielder." The preview of "The Lilac Plague" was enough to convince me to get the full book. "Hall of the Diamond Queen" was also good. "Expectation of Privacy" didn't seem complete to me - I didn't get the point entirely, though the concepts were intriguing to consider. It might be better as a full novel, with more space to explain the world. "Lutwidge Ranch" was good, but odd, and didn't entirely resonate with me. And the other novel sample, "Voice of Power," I liked, but not sure yet if I'll get the full book. Overall, the whole issue was well worth reading!
Read more
2 people found this helpful

John Teate
5.0 out of 5 stars Another great release
16 June 2019 - Published on Amazon.com
First I always enjoy the art of the cover. This season's cover art is elegant and magical with shades of dark which I feel goes well with the stories within. Starting with Charlie Holmberg's reveal in the first paragraph of the editor's note along with the quickly conceived segway sentence I knew I was going to enjoy this edition (laughter always gets me going). My favorite stories where "His Lady's Favor" and "Lutwidge Ranch" because they both had a compelling mysterious story which flowed nicely to a solid conclusion. "Expectations of Privacy" definitely struck a cord with my IT background. "The Greatest Knife Wielder" was a good read and interesting ending. "Hall of the Diamond Queen" was creepy and dark, always fun when you read these at night on a Kindle with the lights out. Of the two excerpts I really liked "Voice of Power" and will purchase. "The Lilac Plague" was interesting but I never bonded with the main character.
Read more
One person found this helpful

DaveH
5.0 out of 5 stars Excellent short stories and intros to new authors!
28 July 2019 - Published on Amazon.com
I will be buying each of the series that were sampled in this issue. The other short stories were well-written and entertaining, new gems for my collection. I especially appreciate the introduction to new authors in these magazines. They help me satisfy my appetite for new reads! Thanks, and keep up the good work.
Read more
One person found this helpful
Go to Amazon.com to see all 7 reviews 5.0 out of 5 stars
Get FREE delivery with Amazon Prime
Prime members enjoy FREE Delivery and exclusive access to movies, TV shows, music, Kindle e-books, Twitch Prime, and more.
> Get Started
Back to top
Get to Know Us
Make Money with Us
Let Us Help You
And don't forget:
© 1996-2020, Amazon.com, Inc. or its affiliates