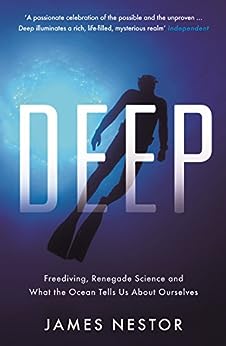 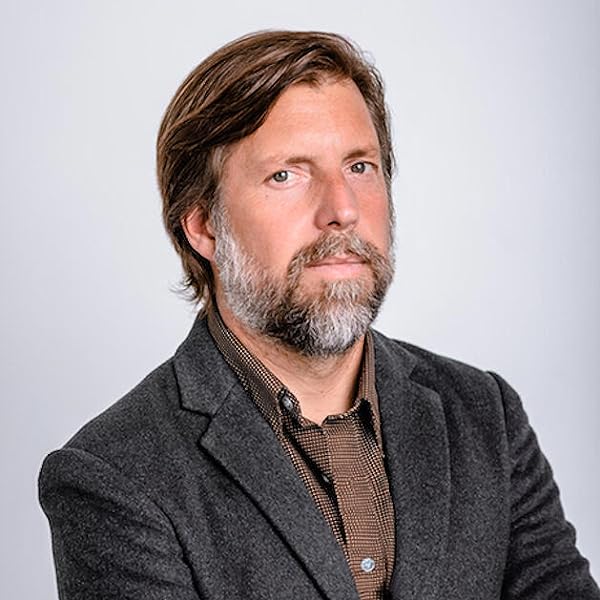 Deep: Freediving, Renegade Science and What the Ocean Tells Us About Ourselves Kindle Edition

Idiosyncratic and Illuminating... Deep demonstrates that a rich, life-filled, mysterious realm of vast possibility is contained in that blackness. It will certainly enrich the thinking of anyone planning to spend time at the beach. -- Horatio Clare ― The Independent

Deep is a heartfelt, eccentric and pleasantly eccentric guide to the planet's most mysterious region. It should encourage plenty of readers to take the plunge. ― Sunday Business Post

Engaging and eye-popping. ― Esquire --This text refers to the paperback edition.

James Nestor has written for publications including Outside Magazine, The New York Times, Men's Journal and San Francisco Chronicle Magazine. An inveterate adventurer, Nestor joined a doomed surfing expedition to Norway and Russia, in which he and his team became the first to ride the breaks of the Arctic Circle. He has travelled extensively in Central America and the South Pacific. He lives in San Francisco. --This text refers to the paperback edition.

While on assignment in Greece, journalist James Nestor witnessed something that confounded him: a man diving 300 feet below the ocean s surface on a single breath of air and returning four minutes later, unharmed and smiling. This man was a freediver, and his amphibious abilities inspired Nestor to seek out the secrets of this little-known discipline. In "Deep, "Nestor embeds with a gang of extreme athletes and renegade researchers who are transforming not only our knowledge of the planet and its creatures, but also our understanding of the human body and mind. Along the way, he takes us from the surface to the Atlantic s greatest depths, some 28,000 feet below sea level. He finds whales that communicate with other whales hundreds of miles away, sharks that swim in unerringly straight lines through pitch-black waters, and seals who dive to depths below 2,400 feet for up to eighty minutes deeper and longer than scientists ever thought possible. As strange as these phenomena are, they are reflections of our own species remarkable, and often hidden, potential including echolocation, directional sense, and the profound physiological changes we undergo when underwater. Most illuminating of all, Nestor unlocks his own freediving skills as he communes with the pioneers who are expanding our definition of what is possible in the natural world, and in ourselves." --This text refers to an alternate kindle_edition edition.

"With a wow on every page, and brimming with vivid portraits, lucid scientific explanations, gripping (and funny) first-person accounts, and urgent facts about the ocean s endangerment, Nestor s "Deep "is galvanizing, enlightening, and invaluable." "Booklist" (starred review)" --This text refers to an alternate kindle_edition edition.
Read more

4.8 out of 5 stars
4.8 out of 5
872 global ratings
How are ratings calculated?
To calculate the overall star rating and percentage breakdown by star, we don’t use a simple average. Instead, our system considers things like how recent a review is and if the reviewer bought the item on Amazon. It also analyses reviews to verify trustworthiness.

RFC
4.0 out of 5 stars Incredibly interesting tour de force of freediving, marine science and oceanography
Reviewed in Australia on 30 March 2018
Verified Purchase
The author vividly describes all the horrors and delights of freediving and the underwater world he gets to know during his research.

A small gripe with this book: he occasionally brings up scuba diving... usually to point out how clumsy and "detatched" it is. Meanwhile he does not seem to have tried it himself. (This closed-mindedness seems strange given that he did even charter an experimental DIY submarine.) Scuba divers can be elegant underwater but, as with freediving, it takes time and experience to reach such levels.

Another issue that kept bugging me on this book is the sloppy use/description of certain terms and phenomena with regards to physics involved in diving. Most notably, the author constantly uses the term "gravity" incorrectly, i.e. he uses it when he actually is talking about "buoyancy". You are not at zero G when underwater - it just feels like it... because in the end you are still on planet earth. In fact, you are actually "neutrally buoyant"(=same density as the water around you). And you are certainly not experiencing "anti-gravity" - instead you are "positively buoyant" = lighter than the surrounding water.
This seems like a minor technicality but it makes me think I should fact-check a fair portion of many of the more extraordinary claims in this book...
Read more
One person found this helpful
Helpful
Report abuse

Anthony Maunders
5.0 out of 5 stars Passion reignited
Reviewed in Australia on 5 September 2014
Verified Purchase
This book has reignited my passion for breath hold Freediving , loved Janes' writing style and an outsiders point of view, which both made it hard to put down. Now to the training pool.
Read more
Helpful
Report abuse

Angel Reader
5.0 out of 5 stars Fascinating insight
Reviewed in the United Kingdom on 15 July 2020
Verified Purchase
Having started to look at Wim Hof and also Oxygen Advantage nasal breathing since being ill Dec/Jan 2019/20 this was so interesting. I learnt about free diving which is fascinating (not something I necessarily want to ever do!). The ability and adaptability of the human body is amazing. This seems to be an honest and fascinating insight to the free diving world .
Read more
One person found this helpful
Report abuse

Paul Hudson
5.0 out of 5 stars Motivating and informative
Reviewed in the United Kingdom on 10 June 2016
Verified Purchase
I purchased this book a while ago after hearing an interview with the author, but couldn't get round to reading it. In fact I only bought it to pick up tips on breath holding techniques. What a mistake on both counts. I should've read it straight away, and there's no solid information regarding breathing exercises. It's an absolutely fascinating account of the sport of freediving and an even more interesting read when it comes to some of the secrets contained within our oceans. The book itself, in parts, reads like a diary, which for me added to the whole authenticity of the thing. Amazing too, how committed the author was to his research, including his 25hr flights here, there, and everywhere. A highly enjoyable read.
Read more
4 people found this helpful
Report abuse

Pauly
4.0 out of 5 stars Great book, but PLEASE USE METRIC SYSTEM!
Reviewed in the United Kingdom on 12 June 2021
Verified Purchase
I discovered freediving recently and been reading the book during the dry moments of my early apneist life.
Enjoying the very precise anecdotes, journalistic approach.
But god doodoodamn it! It's 2021, can we please stop using the nonsense imperial system? The whole book makes it really hard to understand for people using metric system (roughly 99.5% of the planet).

merci!
PS: I will change my rating to 5 stars when an updated Metric Version will be released
Read more
Report abuse

Tweedledum
5.0 out of 5 stars Deeper than you can possibly imagine
Reviewed in the United Kingdom on 8 August 2014
Verified Purchase
Five stars really is not enough for this mind blowing book which not only takes us on James Nestor's journey in real time to learn the art and science of free diving, but which also takes us on a journey through millennia to the origins of life itself and through nature to discover unimagined amazing abilities. I am unlikely to be joining free divers any time soon but oh...... I am right there with them in spirit. Read it read it read it and have everything you thought you knew about life challenged.
Read more
3 people found this helpful
Report abuse

Kindle Customer
5.0 out of 5 stars Great book
Reviewed in the United Kingdom on 17 June 2020
Verified Purchase
Can't give enough stars, entertaining read. Follows a narrative and delights with little known facts. Concise, down to earth writing
Read more
Report abuse
See all reviews
Back to top
Get to Know Us
Make Money with Us
Let Us Help You
And don't forget:
© 1996-2021, Amazon.com, Inc. or its affiliates